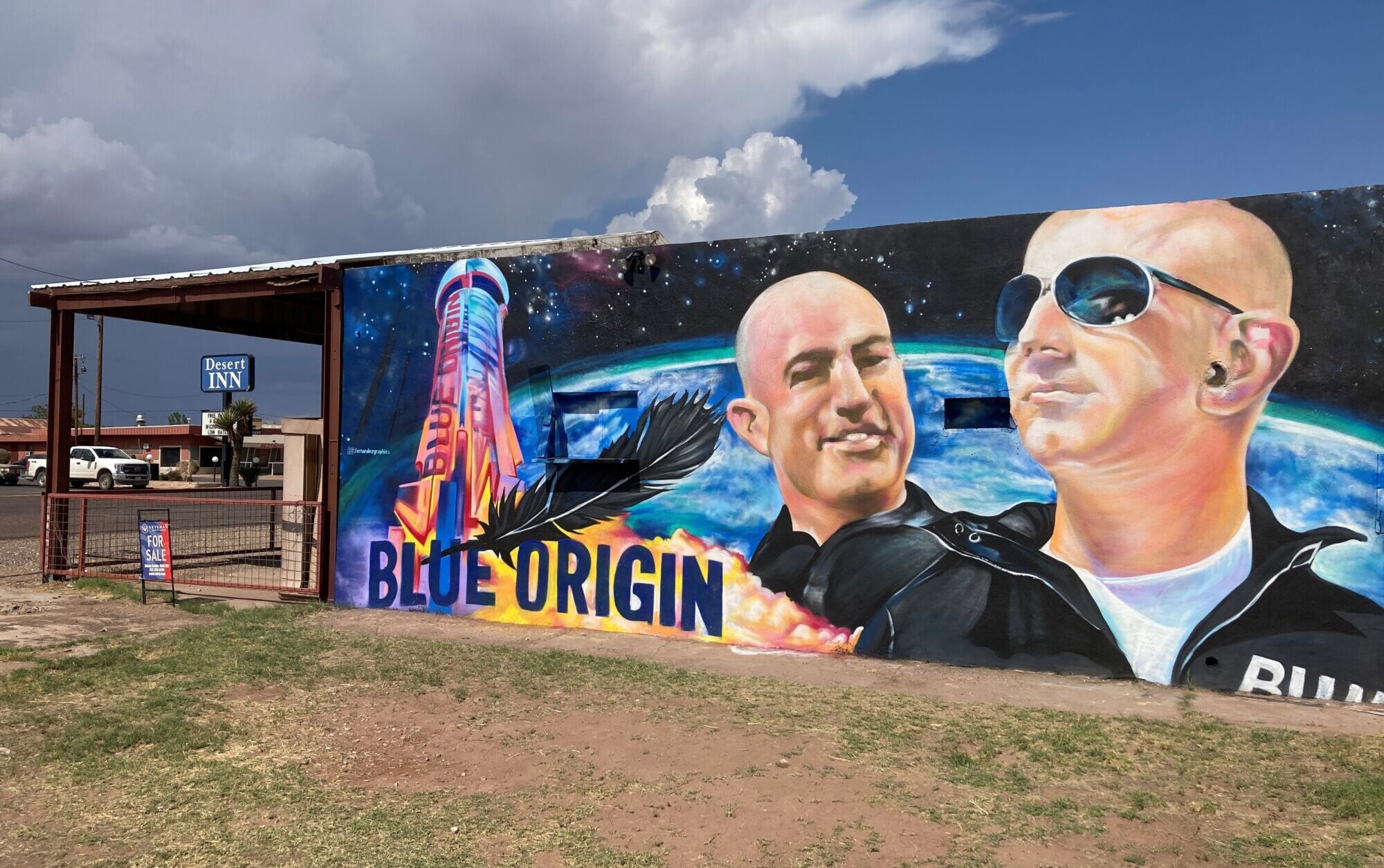 Billionaire businessman Jeff Bezos said on Monday he is excited and curious but not very nervous on the eve of taking part in his company Blue Origin’s inaugural suborbital flight alongside the oldest and youngest people ever bound for space.

The world’s richest person and three crewmates are due to fly from a desert site in West Texas on an 11-minute trip to the edge of space aboard Blue Origin’s New Shepard, a 60-foot-tall (18.3 meters) and fully autonomous rocket-and-capsule combo. The flight represents an important milestone in the establishment of the space tourism industry.

Bezos did a round of televised interviews ahead of the launch, set for around 8 a.m. CT (9 a.m. ET) from Blue Origin’s Launch Site One facility some 20 miles (32 km) outside the rural Texas town of Van Horn.

Bezos and his brother Mark Bezos will be joined in the all-civilian crew by 82-year-old female aviator Wally Funk and 18-year-old Oliver Daemen, a recent high school graduate set to attend the University of Utrecht in the Netherlands to study physics and innovation management in September.

The flight comes nine days after rival Richard Branson, the British billionaire businessman, was aboard his company Virgin Galactic’s rocket plane for its pioneering suborbital flight from New Mexico.

Bezos sought to downplay any rivalry with Branson.

“There’s one person who was the first person in space. His name was Yuri Gagarin. And that happened a long time ago,” Bezos said on the NBC’s program “Today,” referring to the Soviet cosmonaut who reached space in 1961.

“I think I’m going to be number 570 or something. That’s where we’re going to be in this list. So this isn’t a competition. This is about building a road to space so that future generations can do incredible things in space,” Bezos said.