Earlier this summer, the public got its first look at Lady Gaga as the infamous Patrizia Reggiani in the haute tragedy House of Gucci (out later this month) when the studio tweeted a still that featured the star with her lips glazed in frosty burgundy and her hair dyed as dark as shoe polish and fluffed like soufflé. Gaga wore a mink coat and, beneath it, a leather-trimmed tunic in Gucci’s iconic canvas monogram. In short, she appeared every bit the Mrs. Gucci that Reggiani herself had plotted and schemed to be—before she hired a hit man in 1995 to shoot her husband, Maurizio Gucci (played by Adam Driver), scion of the Gucci fortune. (Asked once by a reporter why she didn’t do the job herself, Reggiani responded: “My eyesight is not so good—I didn’t want to miss.”)

The can’t-make-this-stuff-up film, directed by Ridley Scott, is predominately set in the early 1990s, long before Alessandro Michele preached geek chic to his disciples and just prior to Tom Ford repositioning waists to our tailbones. At the time, Gucci had lost its luster due to overexposure.

Costume designer Janty Yates “bought a huge amount of Gucci on eBay and online at Vestiaire Collective to model on a mannequin and show to Ridley,” she says—but then Gaga came on board and upped the ante. (Yates recalls fittings lasting up to five hours.)

In character, Gaga speaks with an Italian accent purposefully devoid of romance, costumed in boxy, gold-buttoned power dresses and silk pussy-bow blouses. Her wardrobe is a melange of vintage and period-appropriate finds: two pieces came from Gucci’s archive (unlike some members of the Gucci family, the house has supported the production), and a silver chain mail look was loaned by Ms. Gaga herself. Janty also called up fine jewelry maisons like Bulgari and Boucheron and asked to be lent pieces. She knew costume jewelry wouldn’t cut it. (As Reggiani once quipped, “it’s better to cry in a Rolls-Royce than to be happy on a bicycle.”)

Since the release of that first Gaga image, interest in this era of Gucci has been mounting: Gucci even reissued that same tunic, a 1969 design pulled from the archives. “It’s hard to find Gucci that’s pre–Tom Ford,” says Cherie Balch, the dealer behind the online vintage destination Shrimpton Couture.

Getting the authentic House of Gucci look, then, is going to take some strategy. That said, 1stdibs, Vestiaire, and Etsy have troves of red-and-green-striped hobo bags and bamboo-handled satchels from the 1960s to ’90s. (Vintage tip: Inside the handbags, the Gucci logo should mostly appear in script, not the serif typeface of Ford’s reign.)

Back at Gucci HQ in Milan, the label is constantly looking to its archive for inspiration—consider the recent reissue of the Diana bag and Harry Styles’s celebrated appropriation of the Jackie bag. At Gucci’s centennial Aria collection this spring, the runway featured the flora print designed for Grace Kelly in 1966 and Ford’s almost lascivious red velvet suit. Will Gaga’s getups continue to fuel the vintage craze? It’s looking pretty Gucci. 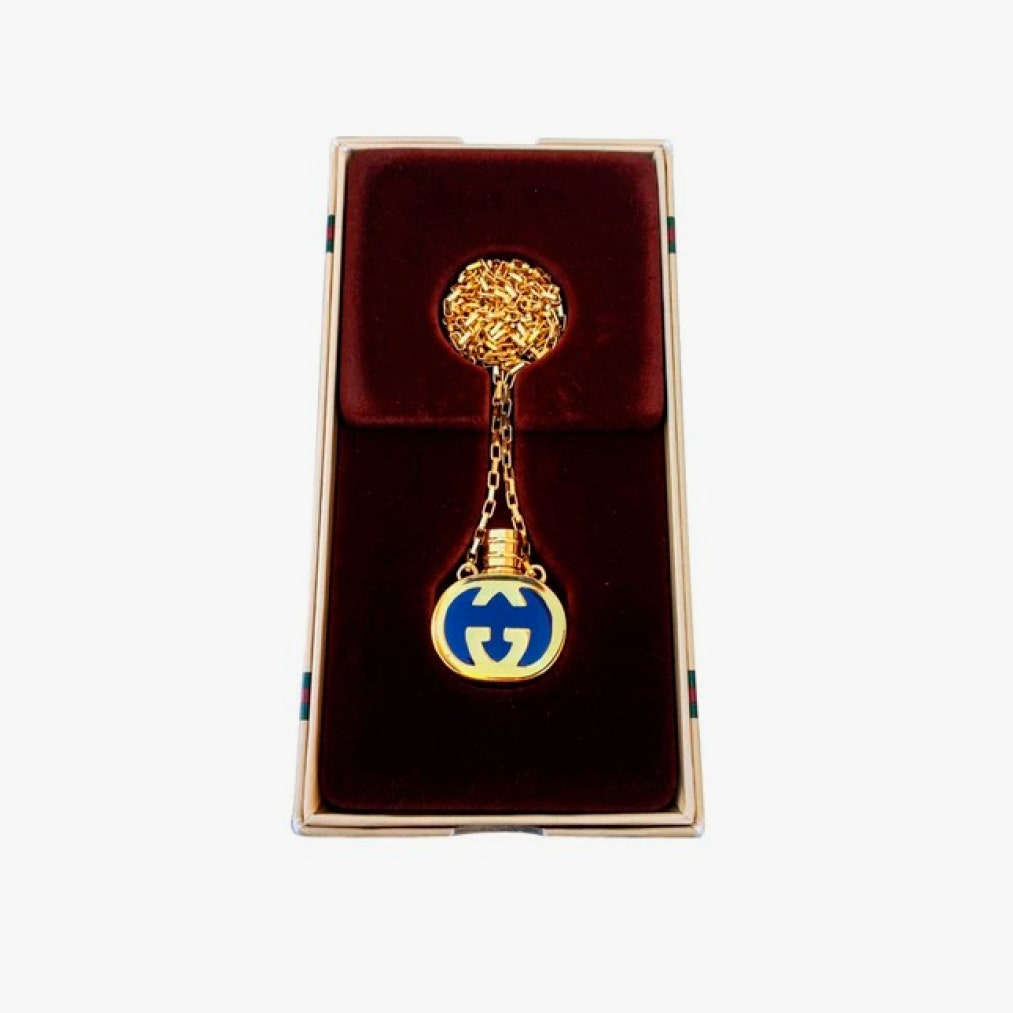 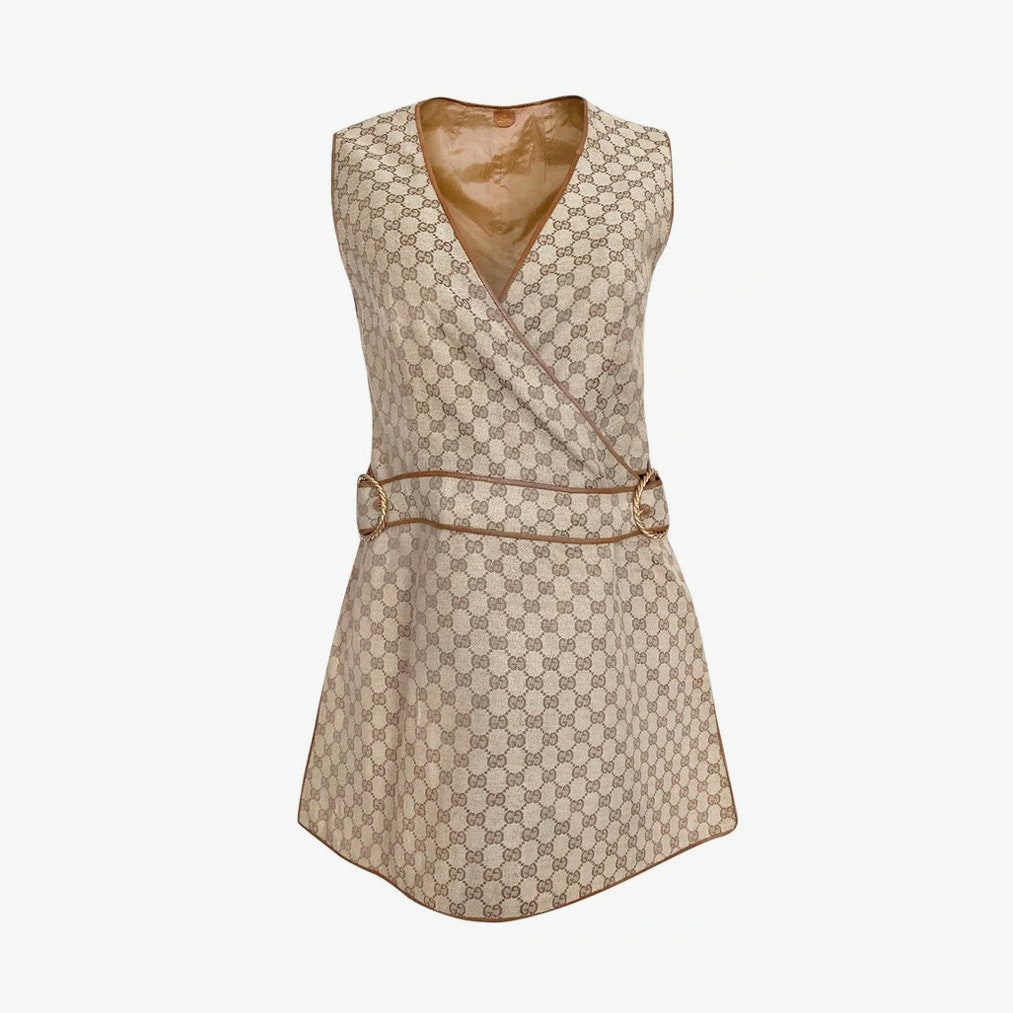 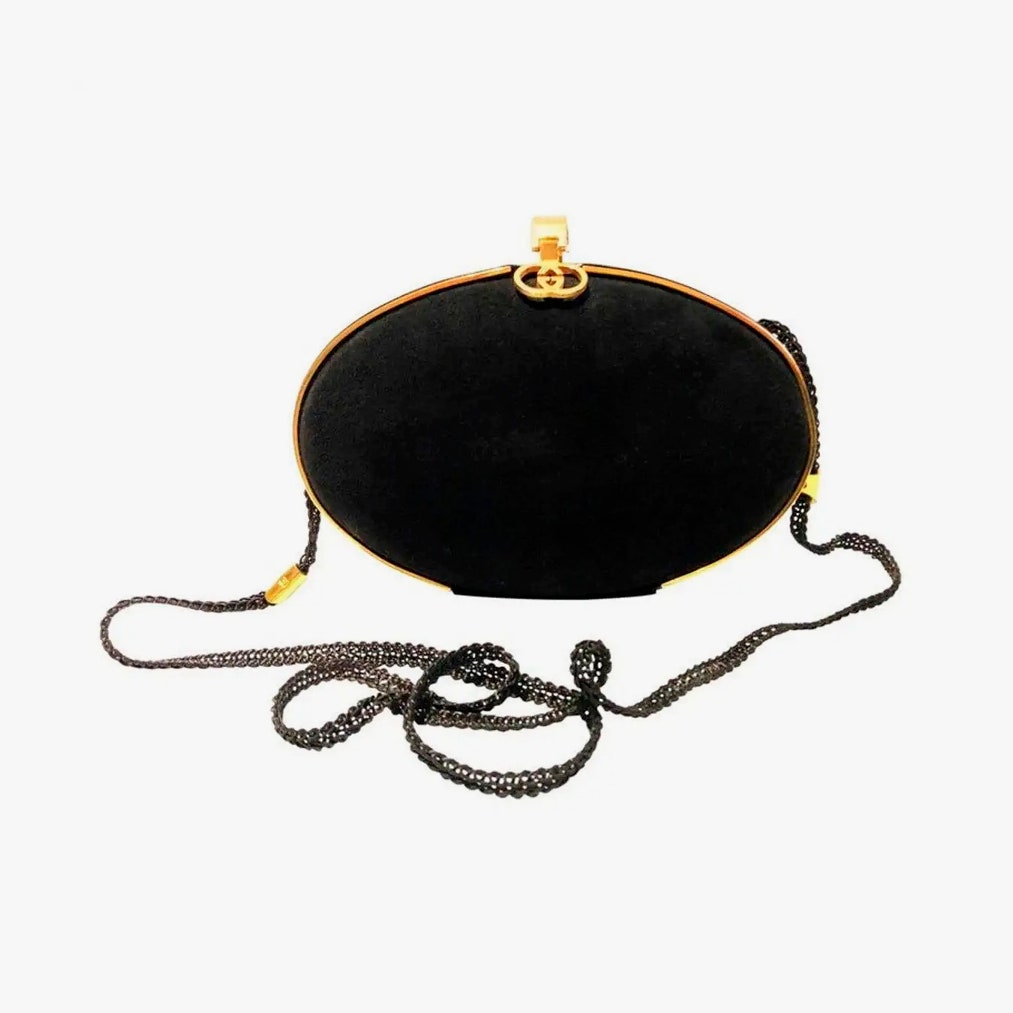 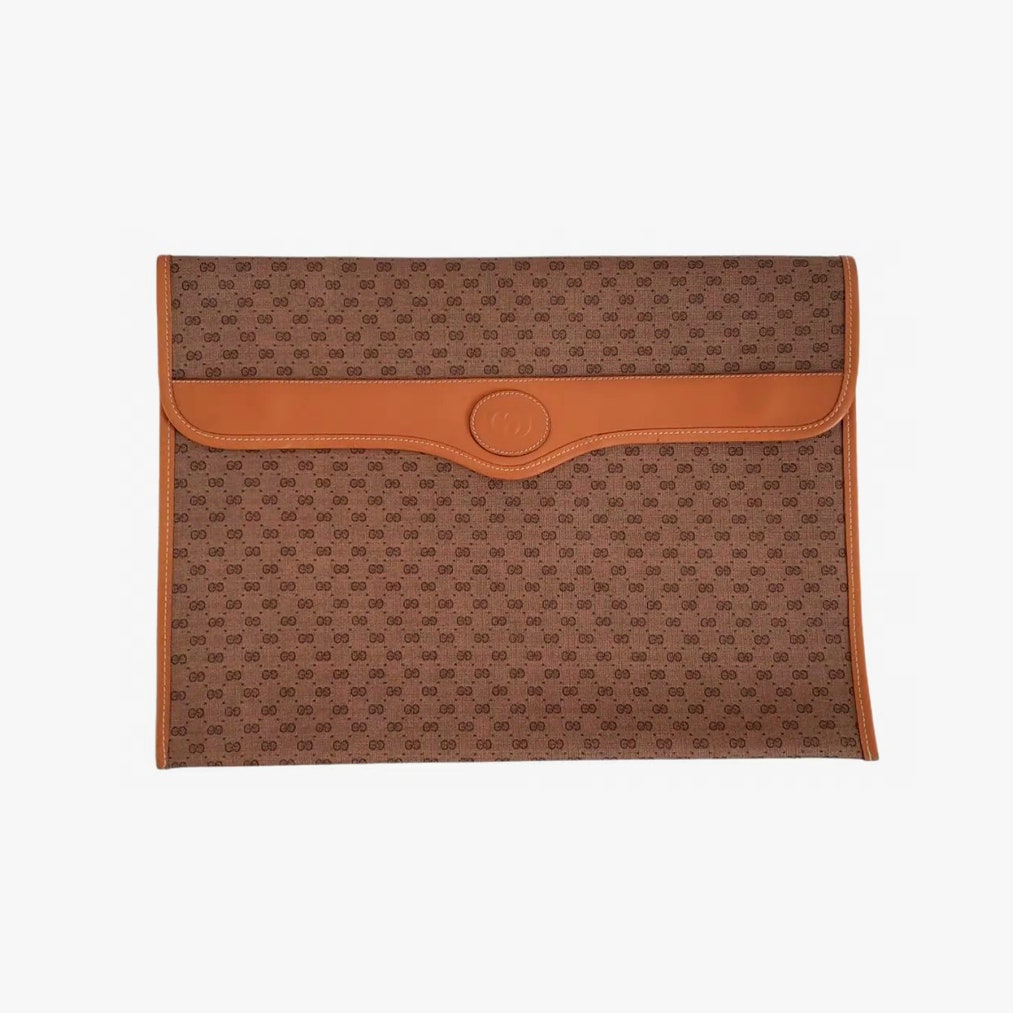 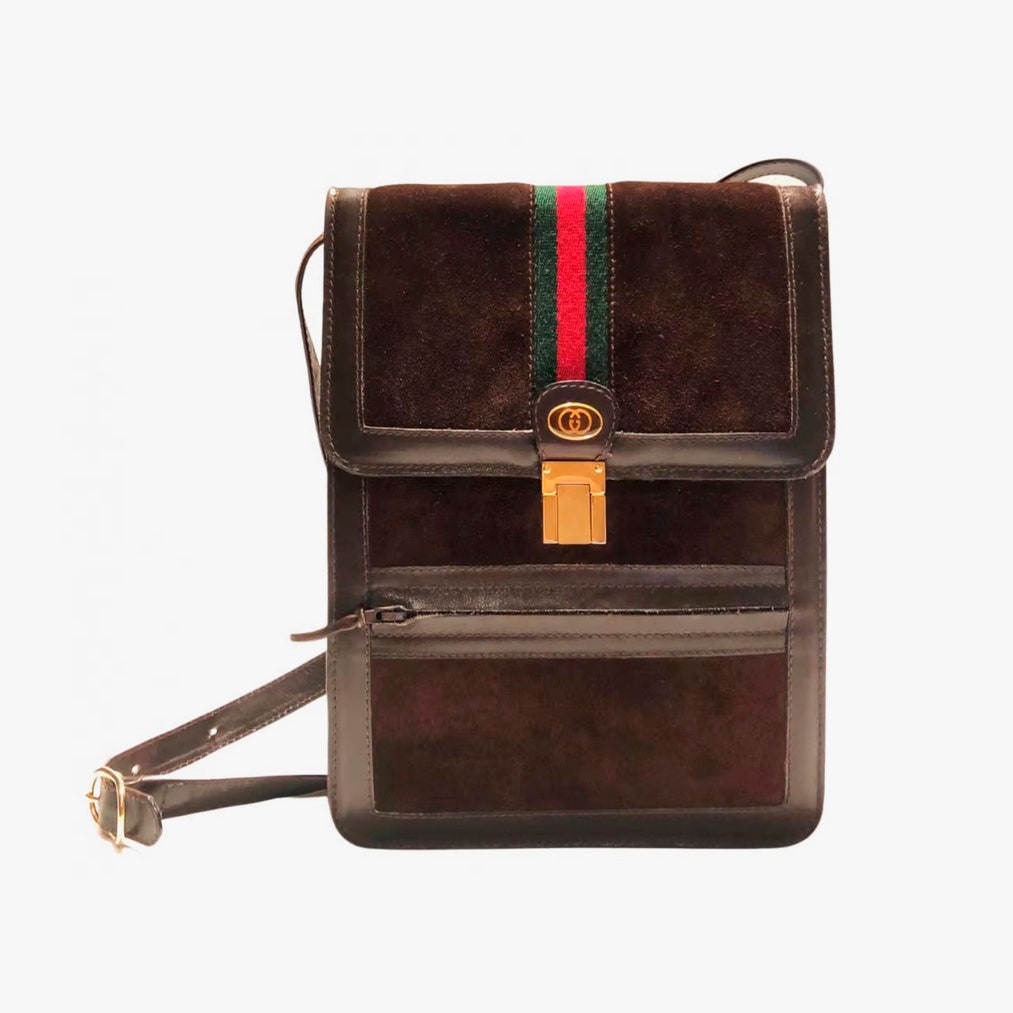 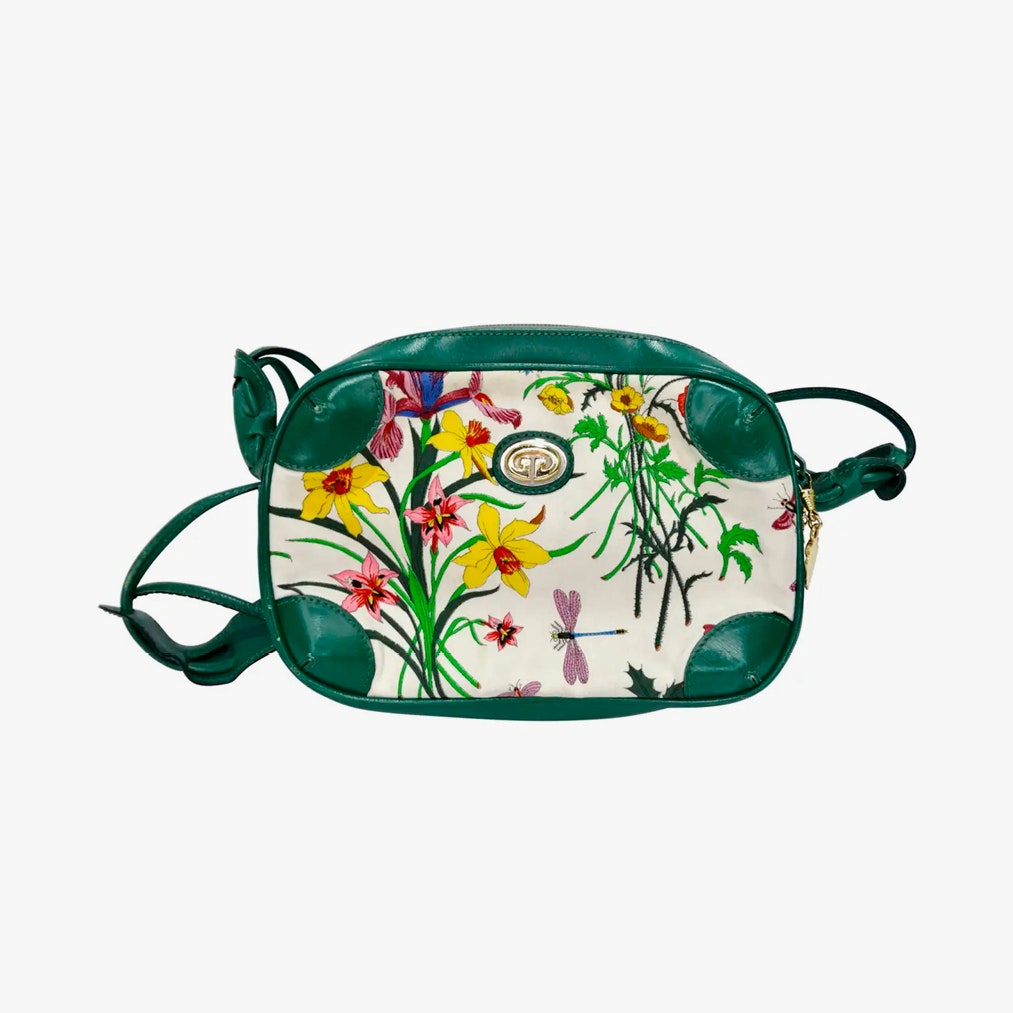 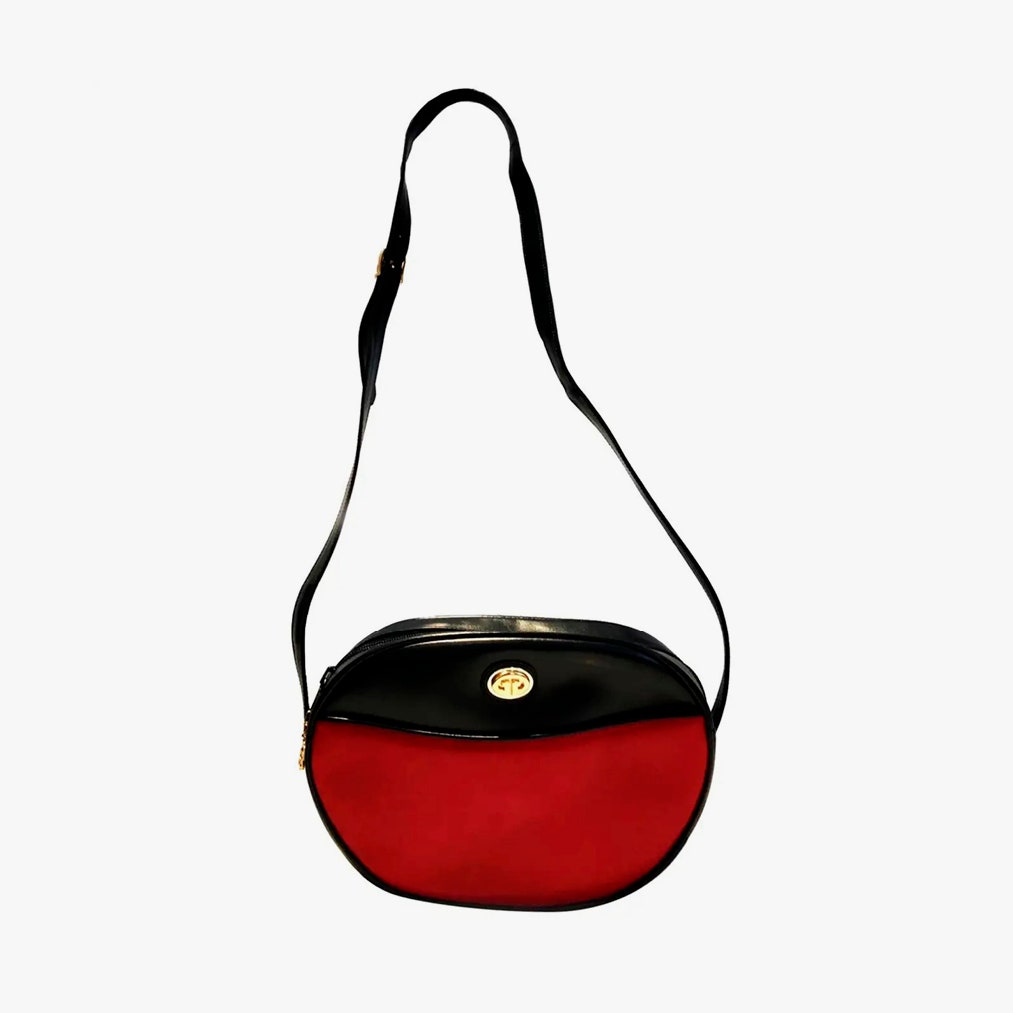 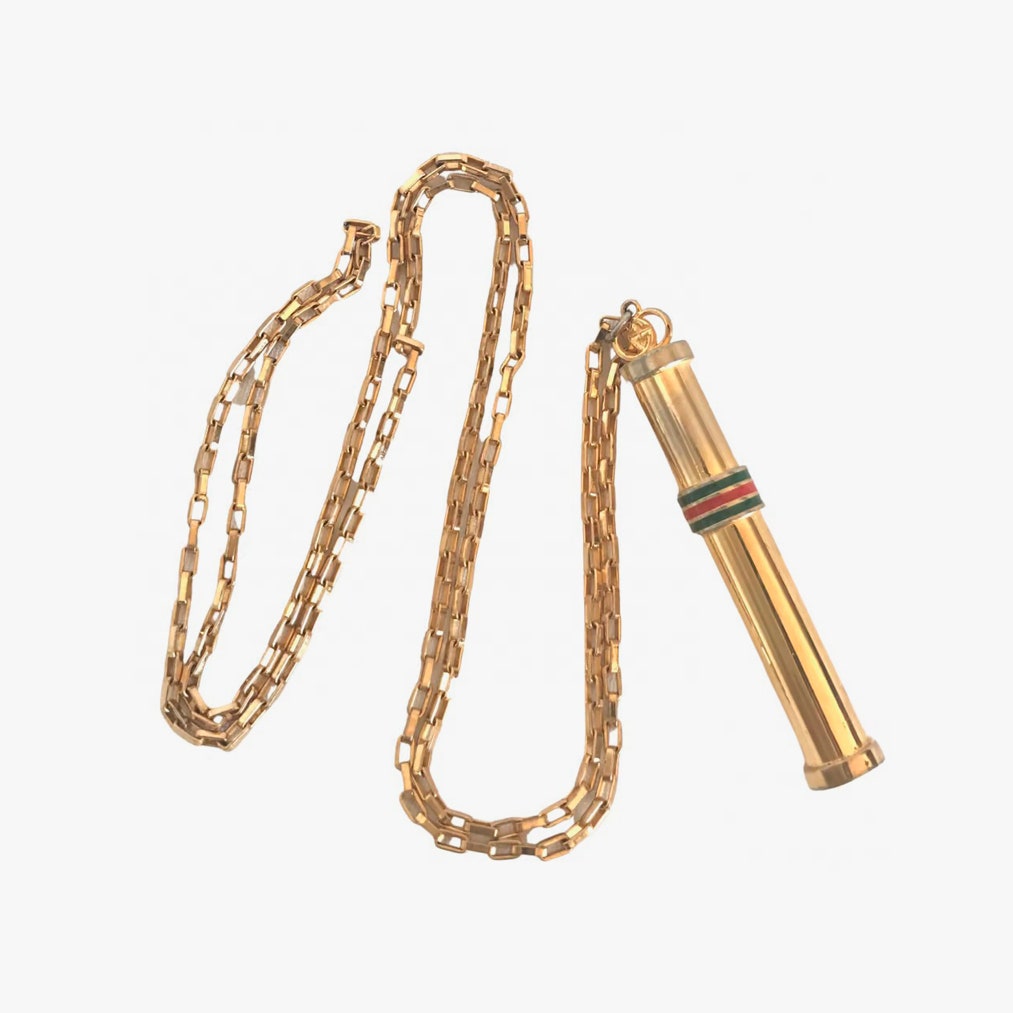 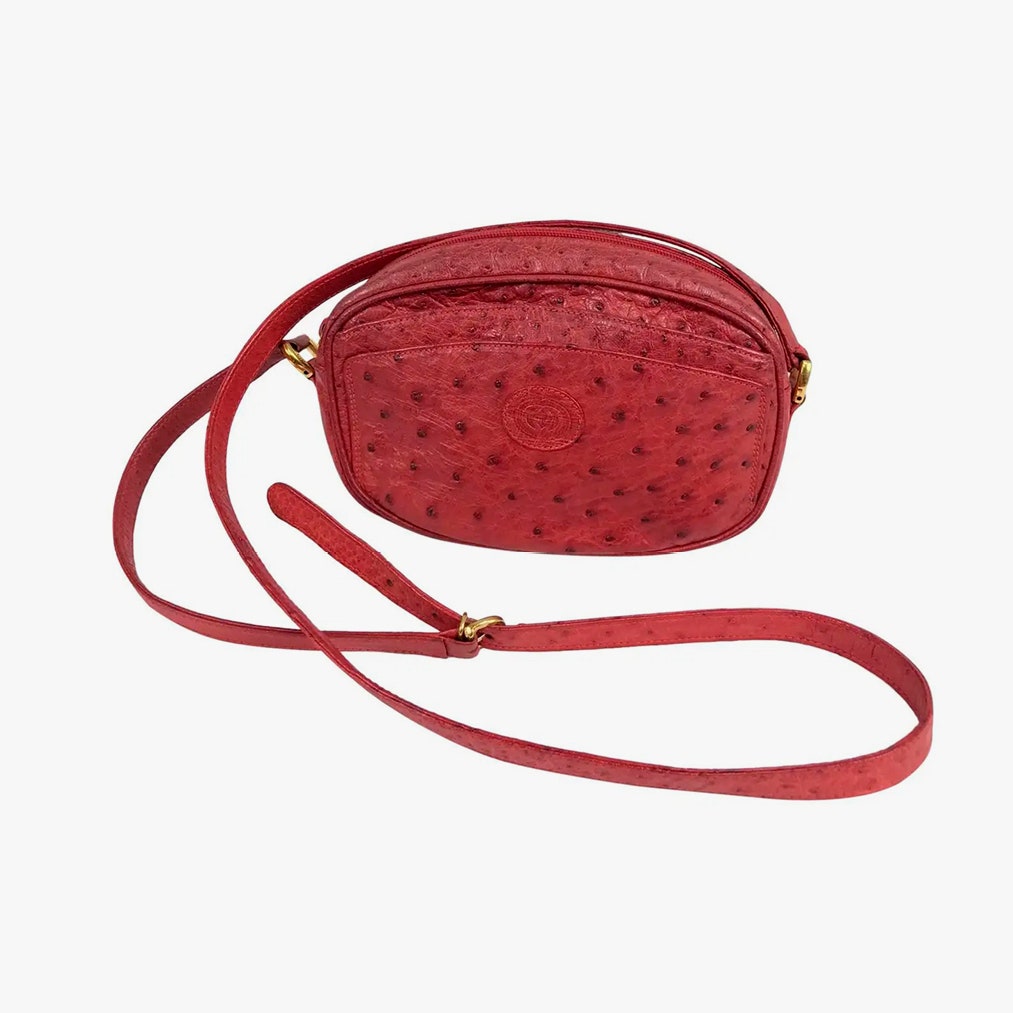 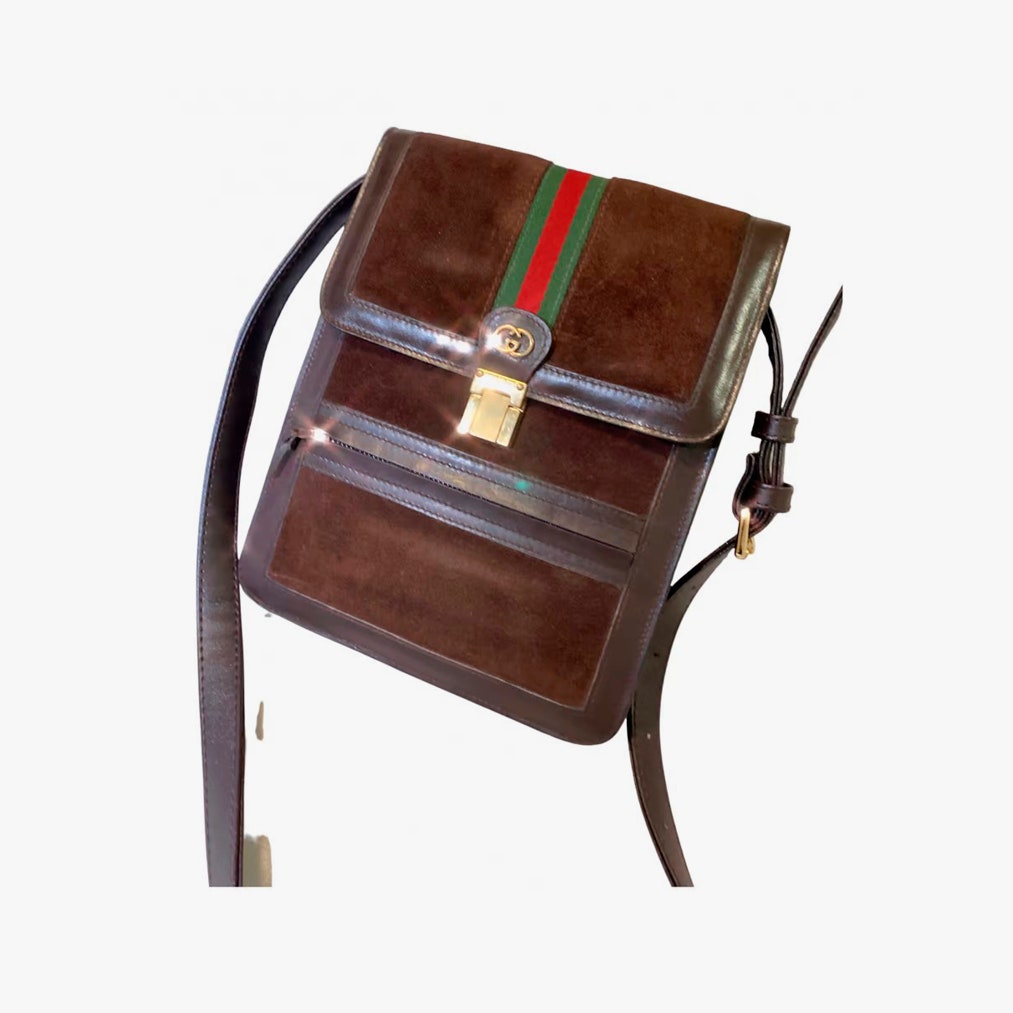 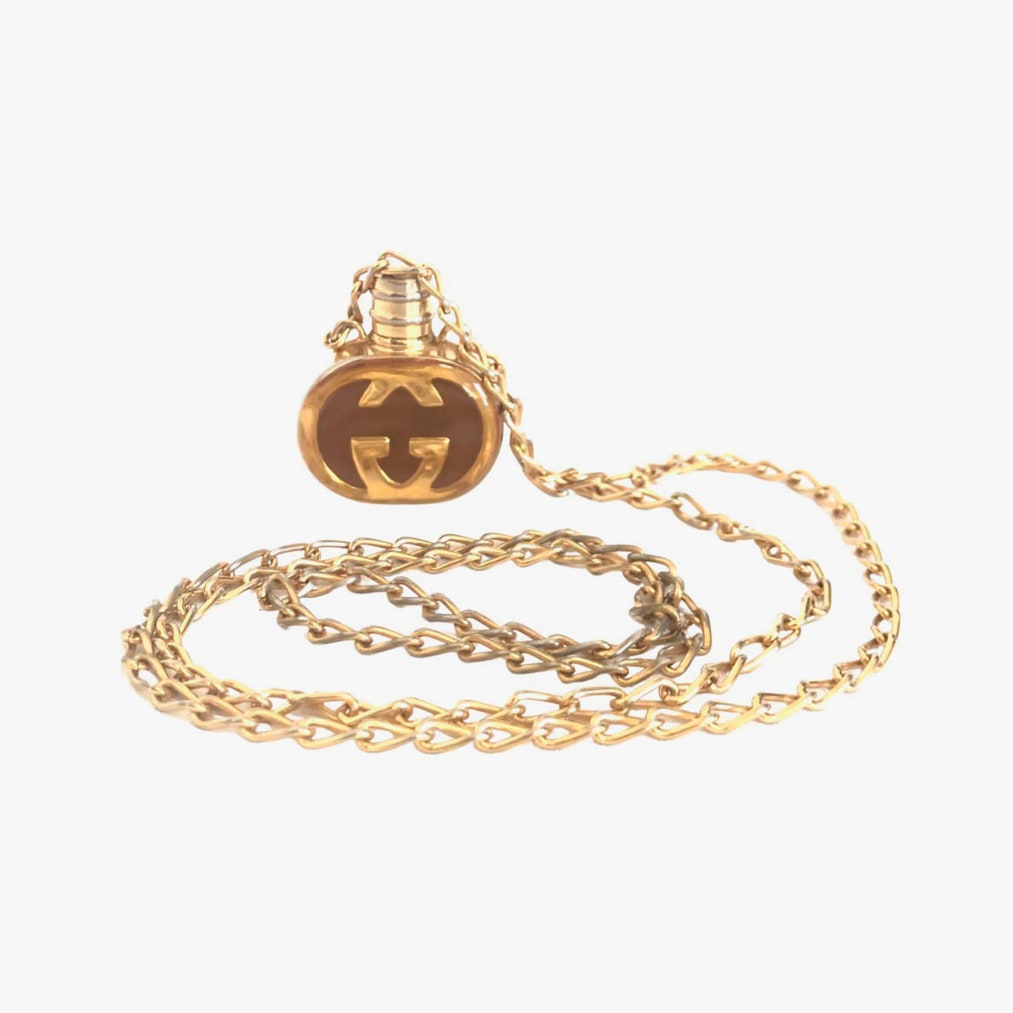 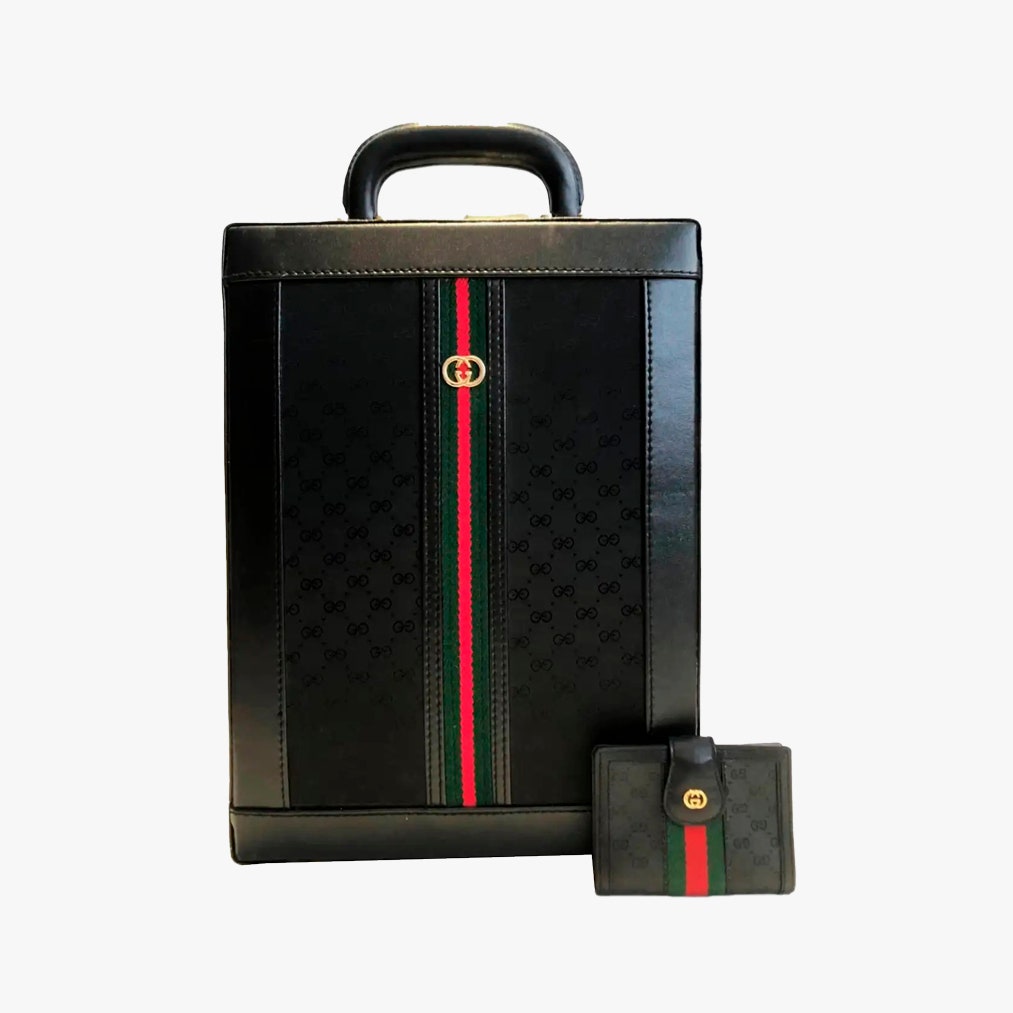