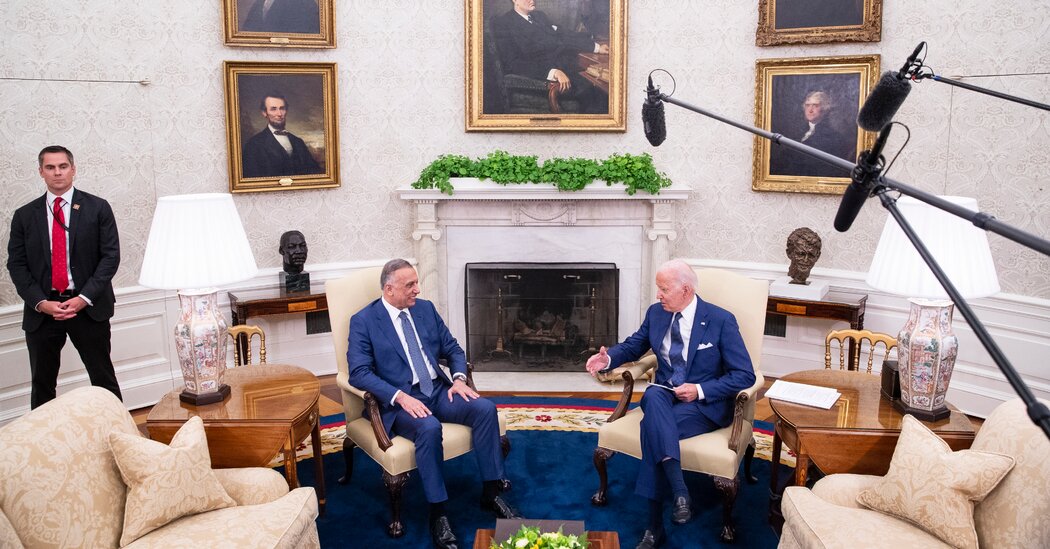 The American forces in Iraq also support about 900 U.S. troops in neighboring Syria, where the American-backed Syrian Democratic Forces continue to carry out ground operations against the Islamic State in the country’s northeast. If the United States were to withdraw from Iraq, it would make supporting the Syria mission much more difficult.

Many Biden administration officials are also haunted by the failed withdrawal from Iraq in 2011. The United States was pulled back in three years later after James Foley, an American journalist, was beheaded by the Islamic State in August 2014 for a propaganda video and the group seized the northern third of the country.

As head of American forces in Iraq, General Lloyd J. Austin III oversaw the 2011 withdrawal mission. He now serves as Mr. Biden’s defense secretary. Richard N. Haass, the president of the Council on Foreign Relations, said a reluctance to exit Iraq altogether “might be a hangover from the Obama decision to leave only to have to re-enter.”

And while American officials insist they are not keeping troops in Iraq to fight Iran or Iran-backed militias, the military presence there also allows the United States to monitor Iran more closely. The drone strike that killed Maj. Gen. Qassim Suleimani, a powerful Iranian commander, for instance, was launched from Al Asad Air Base in western Iraq.

“U.S. troops in Iraq help in a political sense balance or contain Iran, which is a serious regional threat,” said James F. Jeffrey, a former U.S. ambassador to Iraq.

The incentives to stay, combined with the lack of political pressure at home to leave, made Mr. Biden’s announcement on Monday mostly a set piece of diplomatic theater that did little more than formalize the current state of play.

“The objective of both sides is for nothing to change and to keep about 2,500 U.S. troops there that would do things they are already doing,” said Sarhang Hamasaeed, the director of Middle East programs at the United States Institute of Peace. “That’s supporting Iraqi security forces, but not engage in combat.”

Klain one year in: tussles with key allies, rethinking the inside game

With Some Voters ‘Ready to Move On,’ Democrats Search for New Message on Virus