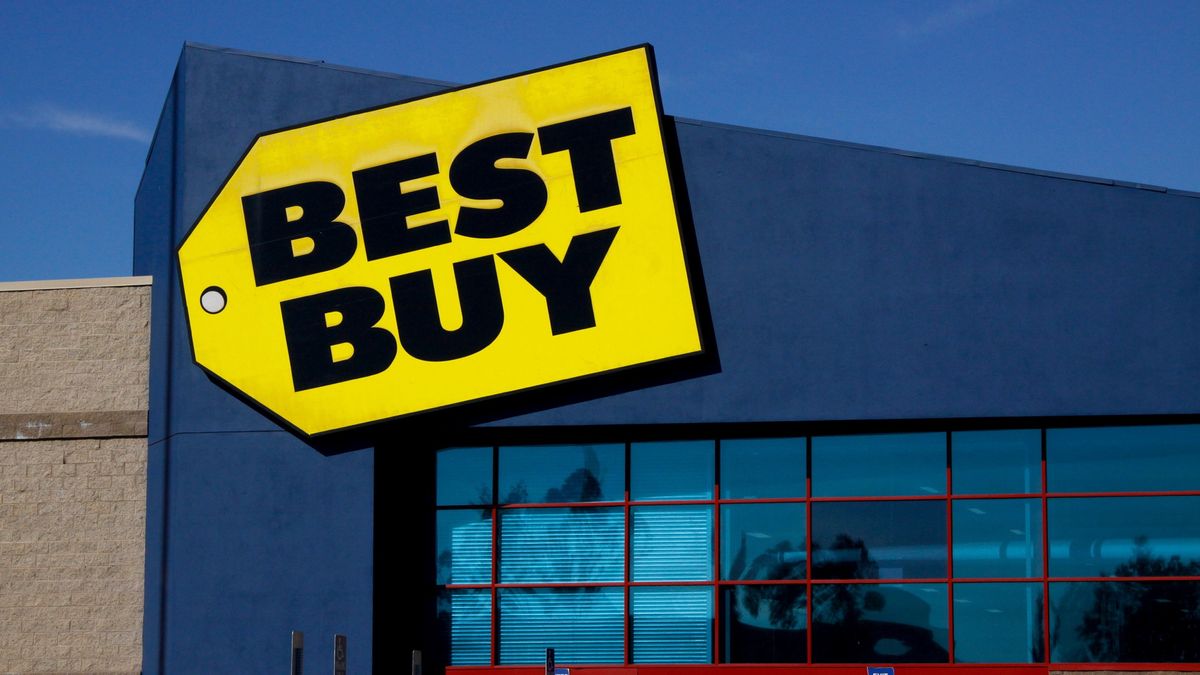 The Best Buy Labor Day sale event will be here before you know it, so to prepare you for the bargains bonanza, we’ve created this guide to tell you everything you need to know, plus what deals you can expect.

So what’s on sale during the Labor Day sales event? You’ll typically find deals on appliances, and in years past, Best Buy has offered massive discounts on major appliances, including refrigerators, washers and dryers, and dishwashers from all the top brands. You’ll also find clearance prices on TVs and laptops as well as discounts on headphones and tablets from Apple, Samsung, LG, and more. We expect to see similar offers during this year’s sales event, and we’ll be updating this page with all the latest offers.

Labor Day falls on September 6 this year which means it’s still too early for Best Buy’s official Labor Day sale. We should start to see bargains pop up near the end of July, but until then, we’ve listed today’s top deals just below. You’ll find major appliances, TVs, and laptops on sale, which is a preview of what we’ll see during the upcoming holiday event.

While it’s still too early for Best Buy’s official Labor Day sale (Labor Day is September 6), we’ve included the best deals from the retail giant just below. You’ll find bargains on TVs, appliances, laptops, and more which will give you a taste of what’s on sale at the upcoming Labor Day sales event.

Major Appliance summer event: Save up to $500 on major appliancesThe Best Buy summer appliance event includes massive discounts on everything from refrigerators, dishwashers, and ranges to microwaves, vacuums, and coffee makers from brands like Samsung, LG, Whirpool, and more.View Deal

Insignia 32-inch Smart HD Fire TV: $199.99 $149.99 at Best BuySave $50 – This 32-inch Insignia is a great little TV if you’re looking for something that’ll cover the basics for the kid’s rooms, studies, or bedrooms. While it’s not a 4K display, this Insignia comes with Fire OS and Amazon Alexa built right in for handy smart assistant sport. Also, not only is it $50 off right now, but Best Buy is also throwing in a free 3rd generation Echo Dot with every purchase – a smart speaker worth $30 by itself.View Deal

Microsoft Surface Pro 7: $959 $599 at Best BuySave $360 – Best Buy has the versatile Surface Pro 7 on sale for a record-low price of $599, thanks to today’s $360 discount. The powerful tablet features a 12.3-inch touchscreen display, includes a full keyboard experience, and provides up to 10 hours of battery life.View Deal

Bella Pro Series Analog Air Fryer: $59.99 $34.99 at Best BuySave $25 – If you’re looking for a cheap air fryer deal, this is one of the lowest prices you’ll find at Best Buy right now. The Bella Pro features a 4.2-quart capacity and is dishwasher safe for easy cleanups.View Deal

Lenovo Chromebook Duet 10.1-inch tablet with keyboard: $299 $249 at Best BuySave $50 – We haven’t seen this discount on the Lenovo Chromebook Duet in a while, but when it does appear it generally proves popular. You’re not picking up a conventional laptop deal here – rather a 10-inch tablet running Chrome OS and an additional keyboard that slots neatly into the case. That makes for a super portable and flexible machine, loaded with 128GB of storage space which is, in itself, impressive at this price. View Deal

Samsung Galaxy Buds Plus: $149.99 $99.99 at Best BuySave $50 – This $99.99 sales price is not only a record low but it’s also a cost that, before April, we hadn’t seen all year. That means this is a fantastic opportunity to pick up an older, but cheaper, pair of true wireless earbuds with 22 hours of battery life (11 hours on a single charge).View Deal

You can also see more offers with our guide to the best back to school sales.