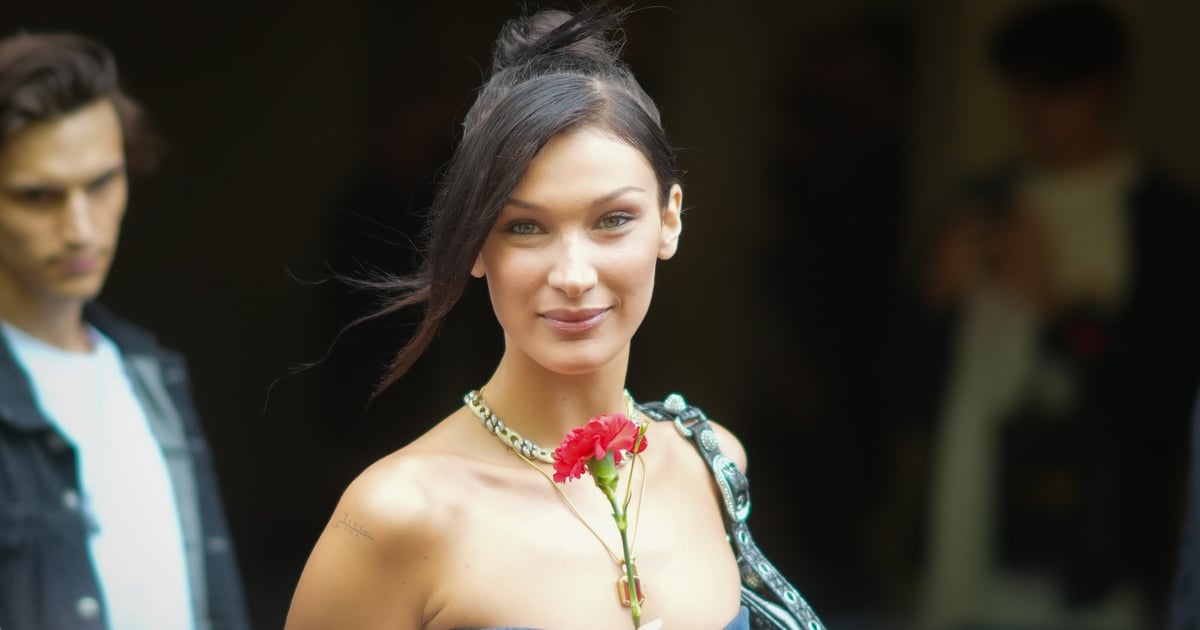 Bella Hadid has been spending her time working in France, making appearances both on the runway at Paris Haute Couture Week and on the red carpet at Cannes. Apparently, her new SO, art director Marc Kalman, has been by her side — at least according to the album she posted to Instagram on Thursday, July 8. The supermodel shared snaps of herself celebrating life in a vintage, plaid pink Burberry set that speaks to all the Clueless vibes we could ask for. The final image in the series is a romantic embrace with Kalman, who she was also spotted with in June.

Bella’s wearing the same diamond teardrop earrings and hairstyle she sported to the Cannes opening ceremony, so we’re assuming she was just chillaxing with her crew and team of stylists in the hotel room in this adorable set, which she capped off with a pair of black thong sandals. Even though the Jean Paul Gaultier gown she switched into certainly made waves, this more wearable outfit has officially stolen our hearts. Luckily, you can still score Bella’s miniskirt if you love the ensemble as much as we do, or a similar version from the list we curated ahead. Click through Bella’s summer lovin’ snapshots once more, then get to shopping.