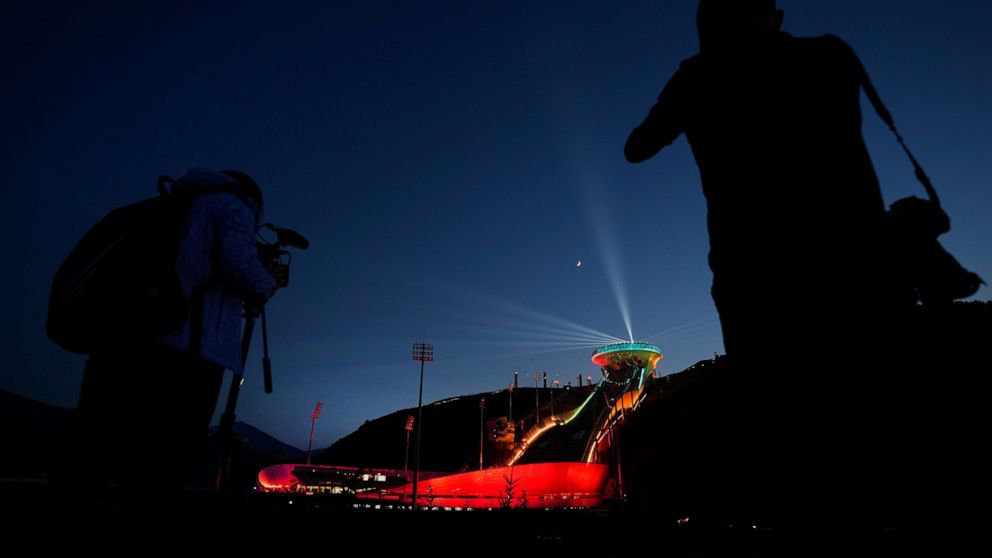 ZHANGJIAKOU, China — With the postponed Summer Olympics set to open in Tokyo next week, Beijing has made moves to show its preparations for the Winter Games are well on track for February despite the uncertainty of the COVID-19 pandemic.

Journalists taken on a tour of snow event venues in the outlying city of Zhangjiakou this week were shown the locations for ski jumping, snowboarding and Nordic events.

While China has largely eliminated local transmission of the coronavirus, it has maintained strict quarantine regulations. Organizers have not announced what rules will be in place for athletes, officials and coaches at the 2022 Winter Olympics, or if fans will be allowed.

Jia Maoting, general manager of the company overseeing construction of the venues, told reporters that the “pandemic situation is uncertain, we cannot guess how it will develop.”

“We have solid determination to face the changing world,” Jia added. “We built good venues in any case and then we wait and expect a good result.”

China has also faced calls for a boycott of the games from foreign politicians and human rights groups over the country’s detention of more than 1 million members of the Uyghur and other Muslim ethnic groups in the northwestern region of Xinjiang.

Beijing says it provided voluntary job training and anti-radicalization classes and has denounced boycott calls as a politicization of sports based on false evidence.

The Chinese capital hosted the 2008 Summer Olympics and is the first city to be given rights to host the Winter Games as well.

Chen Rongqin, an official with the planning committee’s construction department, said work was largely completed apart from construction on temporary facilities that can’t be built too early.

“We still need to build some more facilities and houses in the next few months, and those are our major work now,” Chen said.

Zhangjiakou is about 200 kilometers (125 miles) to the west of Beijing in Hebei province, connected by highway and a high-speed rail line.

It is due to host ski jumping, snowboarding, freestyle skiing, cross-country skiing, and Nordic combined and biathlon competitions during the Games.

The 2020 Summer Games were last year postponed for 12 months because of the pandemic.

There’ll be heavy restrictions on all participants at the Games, which open July 23. And with Tokyo in a state of emergency and rising numbers of COVID-19 cases in the city, there’ll be no fans allowed at most of the Olympic venues.