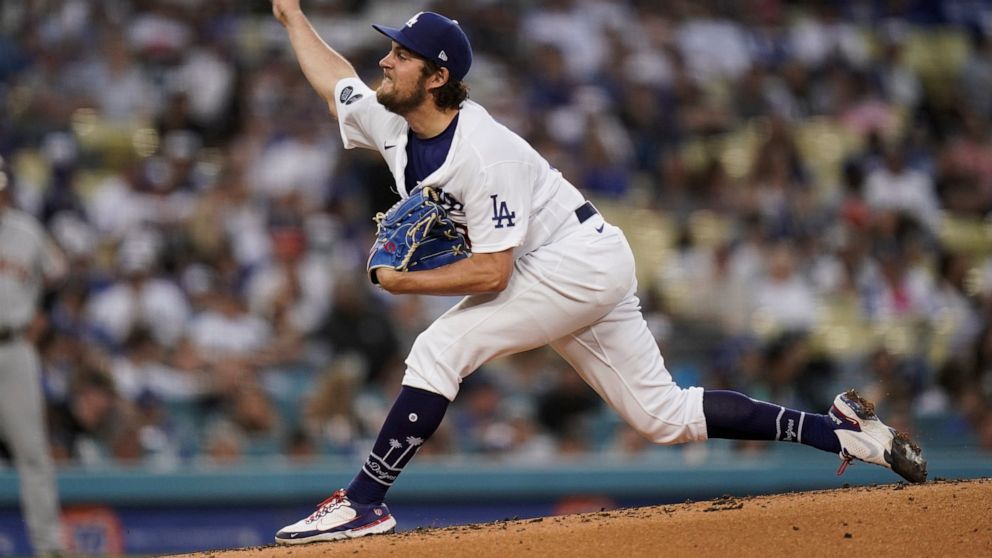 LOS ANGELES — Los Angeles Dodgers pitcher Trevor Bauer appeared in court Friday to fight the extension of a protective order sought by a woman who says he choked her to the point where she lost consciousness and punched her during two sexual encounters earlier this year.

Attorneys for Bauer and the woman revealed during a brief morning court session that they intend to call witnesses and argue over the order in what amounts to a trial that is expected to last three days.

Bauer’s appearance Friday was not required, nor was it expected. It’s not clear whether he will take the stand. Hearings over restraining orders are normally brief, and lawyers often appear without their clients.

The pitcher’s agents, Jon Fetterolf and Rachel Luba, have disputed the allegations and Fetterolf has said his client’s interactions with the woman were wholly consensual.

Major League Baseball put Bauer on paid leave on July 2 under the joint domestic violence, sexual assault and child abuse policy adopted by MLB and the players’ union in 2015. The leave has been extended through July 27.

Police in Pasadena, California, are also investigating the allegations for possible criminal charges.

The woman, who is from San Diego, said in court documents seeking the order that she and Bauer met on Instagram when she tagged him in a photo while he pitched during a game against the Padres in May.

She later visited his home in Pasadena and had sexual encounters that began as consensual but grew violent without her consent, the documents said.

The second incident, in which she alleges Bauer repeatedly punched her, left her with two black eyes, a bloodied swollen lip, significant bruising and scratching to one side of her face. She included photographs showing the injuries.

The documents say she sought the order because Bauer was repeatedly calling and texting her after the second encounter to ask if she was OK, and she wanted no more contact with him.

The Associated Press does not typically identify people who say they have been victims of sexual assault.

Bauer agreed to a $102 million, three-year contract to join his hometown Dodgers earlier this year after winning his first Cy Young with the Cincinnati Reds last season. Bauer is 8-5 with a 2.59 ERA in 17 starts this season.