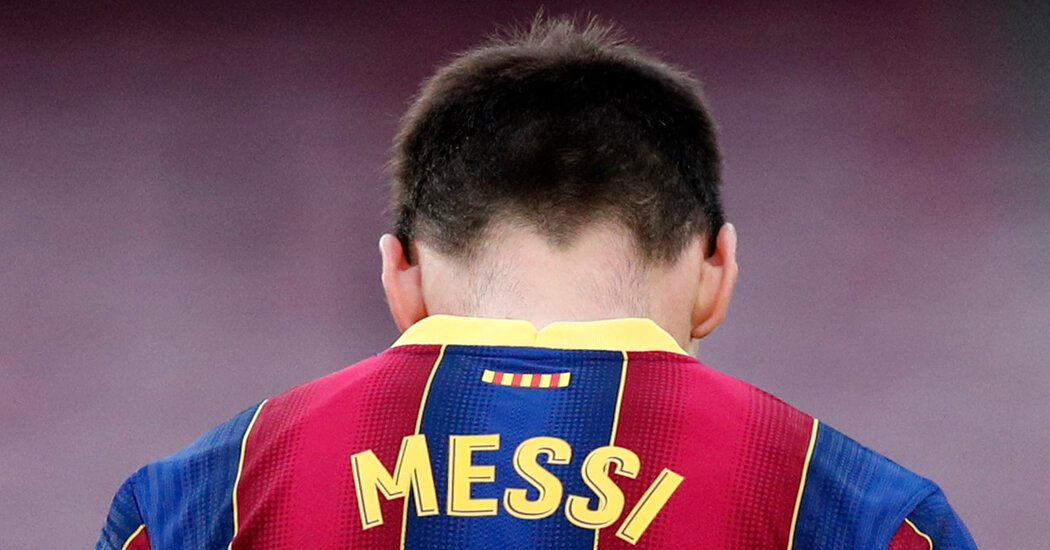 The team is not getting any sympathy, or preferential treatment, from the Spanish league. Javier Tebas, the league’s chief executive, told reporters this week that Barcelona only has itself to blame for its financial crisis. Yes, he told reporters, the coronavirus pandemic had battered the team’s finances, but other teams — notably Barcelona’s archrival Real Madrid — have found ways to operate within the league’s rules.

The issue, Tebas said, was that Barcelona has no room to maneuver. The league calculates different limits for each team based on each club’s income statements, but caps spending at 70 percent of revenues.

“It’s not normal for clubs to spend right up to the last euro of the salary limit,” Tebas said.

It is not just Messi’s fate that hangs in the balance, either. Barcelona has already announced the signings of his friend and Argentina teammate Sergio Agüero for next season, as well as those of the Netherlands forward Memphis Depay and the Spanish national team defender Eric García.

All three arrived as free agents, meaning Barcelona did not have to pay multimillion-dollar transfer fees to their former clubs, but the league will not register any of them, or Messi, until the club first makes deep cuts to its costs.

In an effort to create some financial wiggle room, the club has been furiously working to offload players, tearing up contracts with fringe talents and negotiating the exits of some of its other stars. But all of its biggest earners remain, and with the transfer market deflated by the lingering effects of the pandemic, it is unlikely to receive significant offers from rivals for players those teams know it needs to sell.

Instead, Barcelona may be pushed to sell off key players — the German goalkeeper Marc Andre ter Stegen, the Dutch playmaker Frenkie de Jong and even Pedri, the latest locally reared Barcelona starlet, would most likely bring the highest returns — in order to make ends meet.