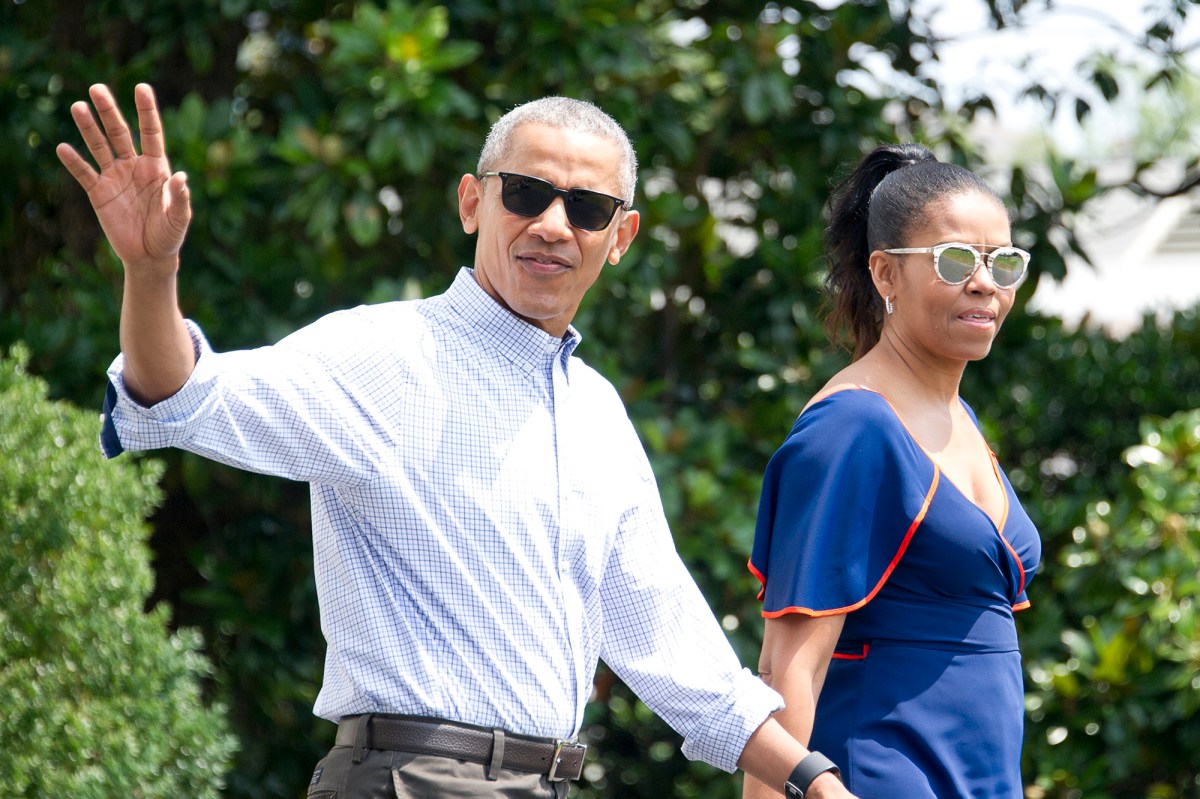 “Due to the new spread of the Delta variant over the past week, the President and Mrs. Obama have decided to significantly scale back the event to include only family and close friends,” Obama’s spokeswoman Hannah Hankins said in a statement Wednesday morning, The New York Times reported.

“He’s appreciative of others sending their birthday wishes from afar and looks forward to seeing people soon,” she added.

Obama’s decision follows a report by The Post, which cited a source as saying the former president was creating a public health “nightmare” by trying to get nearly 700 people to his party amid a national surge of the variant and new restrictions.

George Clooney, Steven Spielberg and Oprah Winfrey were among the 475 guests expected to attend alongside about 200 hired hands.

Former top Obama adviser David Axelrod told the Times: “They’ve been concerned about the virus from the beginning, asking invited guests if they had been vaccinated, requesting that they get a test proximate to the event.”

He added: “But when this was planned, the situation was quite different. So they responded to the changing circumstances.”

On Monday, White House Press Secretary Jen Psaki was pressed on the massive shindig — and defended it.

Asked if Obama was “setting the wrong example about how serious COVID-19 is by hosting a big birthday party with hundreds of people,” Psaki said that the venue is within a county classified by the CDC as having only moderate coronavirus transmission — though there’s an outbreak of the more contagious Delta variant of COVID-19 nearby on Cape Cod, which is just over 50 miles away.

Although the CDC hasn’t yet urged new rules against large outdoor gatherings or restrictions on domestic travel, President Biden told reporters last week that more prohibitions may be forthcoming.

Rep. Nicole Malliotakis, R-Staten Island, told The Post on Monday that there’s a double standard for Democrats like Obama and that high-profile Republicans would be shamed for throwing the same kind of event.

“Just like President Obama, every American should have the right to celebrate their milestones without arbitrary government mandates and interference. We all know if this was President Trump the left would be screaming,” Malliotakis said.

Rep. Andy Biggs (R-Ariz.) echoed the sentiment, tweeting, “Just imagine if this party was for Trump.”

One staffer involved in the party – which had been planned outdoors at Obama’s $12 million, 30-acre waterfront property – were proving to be a “nightmare.”

“His birthday party is insane,” the caterer said. “His bash is a nightmare to pull off this time of year on the tiny island — especially due to the lack of labor because of the coronavirus. What is he thinking?”

A different source close to the party told The Post that the former president had hired a doctor to serve as “COVID coordinator.” All attendees were supposed to submit negative test results within a certain window of time, they said.

Last week, Martha’s Vineyard health officials urged people to wear masks when indoors as the local infection rate was categorized as “substantial,” meaning more than 50 new cases per 100,000 residents over one week.