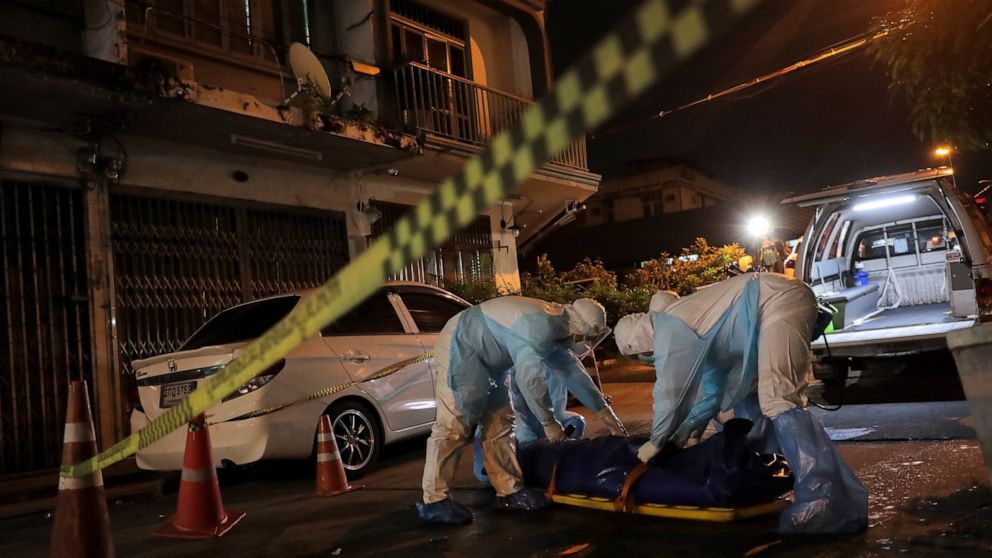 The near-total restriction on movements in the capital came as the prime minister demanded officials find ways to get the sick into hospitals after people with COVID-19 were found dead on the streets of Bangkok.

The Health Ministry reported 14,575 new cases and 114 deaths around the country, bringing deaths since the pandemic began last year to 3,811. Nearly all of the deaths happened since April following a number of spreading events and public holidays.

The biggest concentration of cases and deaths has been in the capital. About 15 million people live in the Bangkok metropolitan area.

“Most importantly, we have to think what we can do to reduce the number of infected cases that are waiting for ambulances at home or on streets,” Prayuth said at a meeting on Thursday morning.

“This picture must not be seen again. It is the responsibility of every agency, not only the Public Health Ministry. Several involved agencies need to figure out how to bring these patients to field hospitals,” he said of the dead.

The number of people found dead from COVID-19 in the capital was increasing daily, said an official with a charity that has been helping pick them up.

Somboon Kwan-on, chief of the Disaster Relief Unit of the Poh Teck Tung Foundation, said in a phone interview that his team has been collecting eight to 10 bodies a day.

Thailand hospitalizes and isolates anyone found positive with the virus, putting a strain on the number of beds available.

Meanwhile, more than 20,000 people in the Bangkok region were waiting on COVID-19 treatment beds, excluding more than 2,500 people who were isolated at home or in community settings. In Bangkok alone, 70 people still waiting on beds were already in critical condition.

Porntep Saeheng, director of Erawan Medical Center, told the AP that it received around 2,000 calls per day from COVID-19 patients and over 3,000 cases that the centers handled still cannot get beds in the pre-admission centers.

Bangkok and its surrounding provinces have been under a lockdown nearly two weeks. Further restrictions on movement and an overnight curfew were implemented this week, closing all malls and stores except supermarkets, convenience stores and pharmacies. On Friday, all public parks, hair salons and barber shops and most public spaces were shut.

Thailand’s government has also come under fire for its failure to secure significant vaccine supplies.

It has administered around 15.38 million vaccine doses. Around 11.8 million people, or 17.1% of the country’s 69 million population, have received at least one dose.

Canada has detected BA.2 cases. What we know about this Omicron subvariant –…