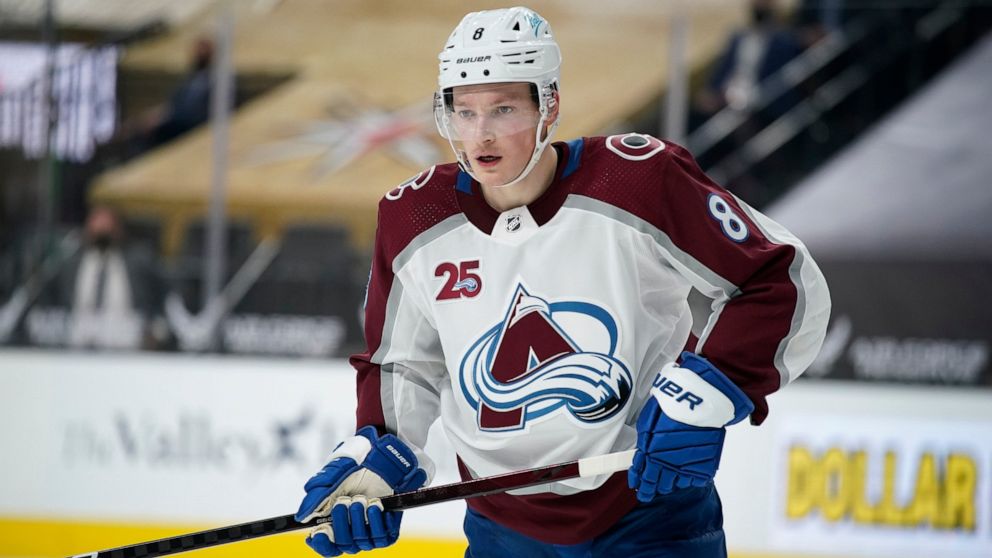 The Colorado Avalanche kicked off the second day of the NHL draft by signing top defenseman Cale Makar to a $54 million, six-year contract that carries an annual salary cap hit of $9 million

The Colorado Avalanche kicked off the second day of the NHL draft Saturday by signing top defenseman Cale Makar to a $54 million, six-year contract.

Makar will count $9 million against the salary cap through the 2026-27 season.

His deal comes on the heels of Chicago trading for and extending Seth Jones for $76 million over eight seasons and Dallas inking Miro Heiskanen to a $67.6 million, eight-year contract.

Makar was a point-a-game player last season, his second in the NHL, and the 22-year-old has 94 points in his first 101 regular-season games. He’s set to make $8 million next season, $9 million in the second year, then $11 million, $10.6 million, $8.7 million and $6.7 million as part of a contract that takes into account the expected rise of the salary cap.

The Makar signing is the first of what could be many moves on the second day of the draft early in a busy offseason.

Buffalo trading forward Sam Reinhart is expected to be another. The Sabres dealt defenseman Rasmus Ristolainen to Philadelphia on Friday for the No. 14 pick and 2023 second-rounder and selected Owen Power first.