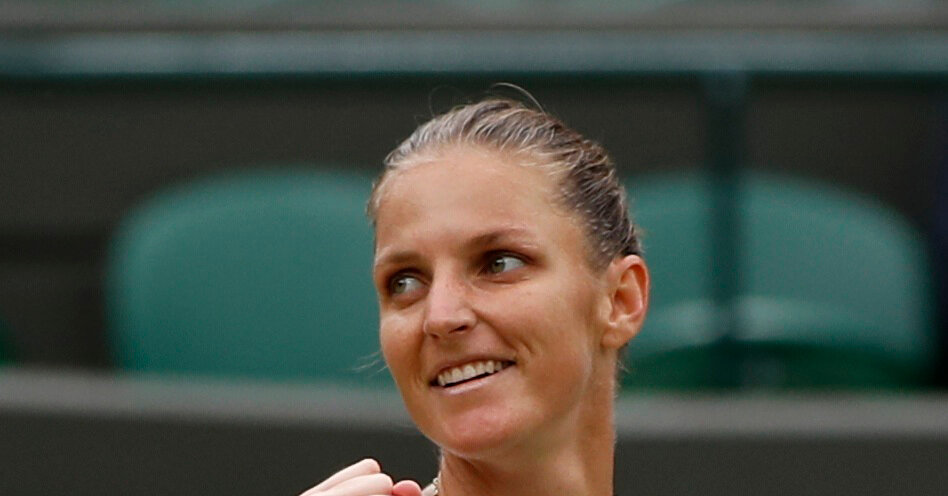 Sabalenka said she had been speaking with a sports psychologist who convinced her to not downplay the pressure of the occasion, knowing that such attempts at denial only made her nerves worse.

“I kind of accept this situation, that I’m under pressure on the Grand Slams,” Sabalenka said. “It helps me to actually be able to show my level on the court. It’s easy things, but it’s really not easy to do actually.”

The other semifinal on Thursday will pit the top-seeded Ashleigh Barty, who won 6-1, 6-3 over Ajla Tomljanovic, against the 25th-seeded Angelique Kerber, who defeated the 19th-seeded Karolina Muchova 6-2, 6-3.

Kerber, the 2018 Wimbledon champion, is a former world No. 1, giving the remaining women’s roster considerable marquee value across the board compared to the other surprising slates at recent events.

“I think it’s also good for the crowd to see three former No. 1 players,” Kerber said of herself, Barty and Pliskova. “Sabalenka is No. 2 seeded. Yeah, I think it’s really interesting to see that. I’m really happy that I’m one of the four.”

The one men’s fourth-round match that had been unable to finish on Monday because of rain concluded on Tuesday with a twist, as the 14th-seeded Hubert Hurkacz won eight of the 11 games played to close out a 2-6, 7-6(2), 3-6, 6-3, 6-3 win over the second-seeded Daniil Medvedev, booking a spot in Wednesday’s quarterfinals against the eight-time Wimbledon champion Roger Federer.

Hurkacz, who won the Miami Open in April, has a big serve and a willingness to come forward — his 179 trips to the net is the most in the tournament — that provides a potent combination on grass. But that was little consolation to Medvedev, who had a chance to overtake Novak Djokovic for the top spot in the ATP rankings with a deep run here.