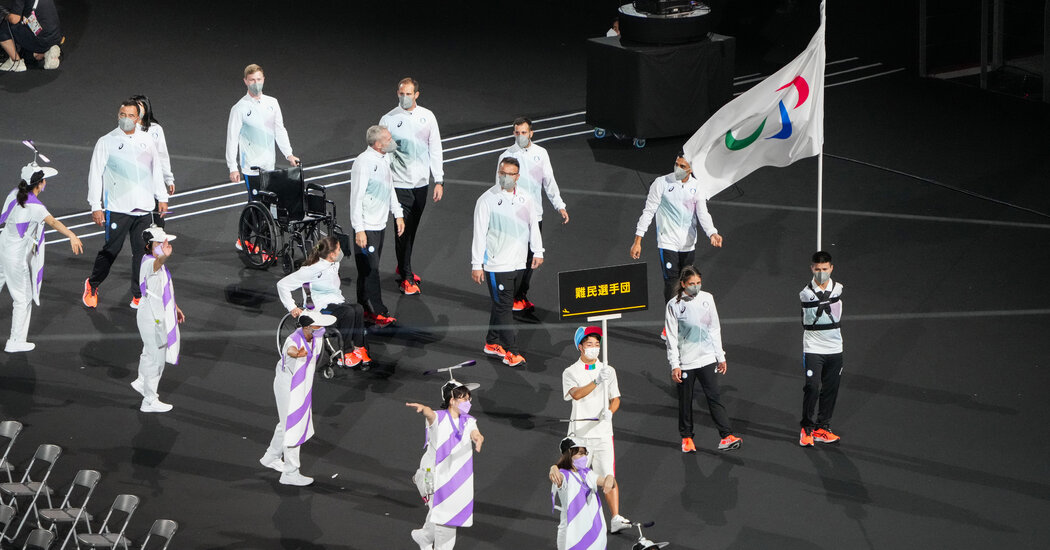 TOKYO — The parade of the athletes is always the centerpiece of the opening ceremony. At the Olympics, Greece typically marches in first, because it is the nation where the Olympics originated. As with the Olympics, the number of athletes in the Paralympic parade is likely to be diminished in comparison with a typical Games, because coronavirus restrictions prohibit athletes from entering the Paralympic Village until five days before their competitions.

The first team to enter the stadium on Tuesday was the Refugee Paralympic Team, which is making its second appearance in the Games.

Both flag bearers have deep significance. Alia Issa, who was born in Greece after her family fled Syria, is the first woman on a refugee team at the Paralympics. She will compete in the club throw event in track and field.

Abbas Karimi, a swimmer and a refugee who has lived in the United States since 2016, will be the only Afghan athlete at the Games. The athletes who were scheduled to compete for the country withdrew from the Games because they could not secure safe flights to Tokyo amid the chaos of the Taliban’s takeover of Afghanistan. Karimi has lived and trained in Portland, Ore., and Ft. Lauderdale, Fla. He will be swimming the 50-meter backstroke and 50-meter butterfly.