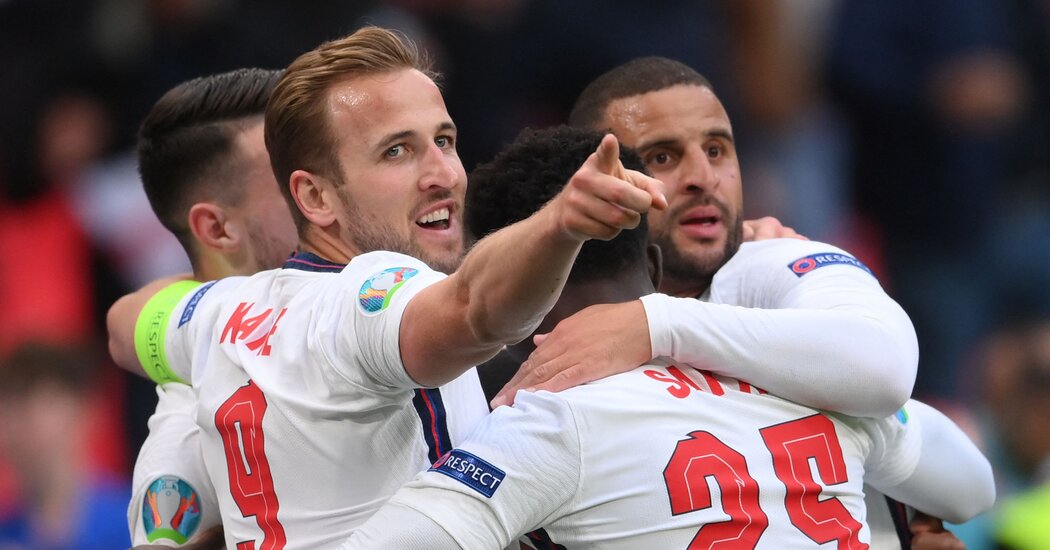 England, with the possible exception of the early 1990s, has always produced players. Where it has always fallen short is in how to use them. It has, invariably, arrived at a World Cup or a European Championship and found itself outwitted by teams using systems it did not fully understand, or outfoxed by sides with greater tactical flexibility, or outwitted by players with superior technique or greater fitness.

That has changed, and it has changed because all of Southgate’s squad, at one point in their young careers or another, have been exposed to imported ideas.

Some of that is direct: Kane was crafted into one of the world’s best strikers by an Argentine coach, Mauricio Pochettino, with a largely Spanish staff; Jordan Henderson has matured into a natural leader under the watchful eye of Jürgen Klopp; Sancho and Jude Bellingham went to the Bundesliga to finish their educations; Bielsa has done for Phillips what Guardiola has done for Walker, Stones, Foden and Sterling.

But the majority of it is indirect. Jordan Pickford, the goalkeeper, has been encouraged to work on his distribution because that is what elite European soccer demands. Harry Maguire is comfortable marking a zone, not a player, on set pieces because that approach was popularized in England 15 years ago by European coaches.

The whole bright crop of promising young stars that litters Southgate’s squad was brought through academies where the coaching — if not always the coaches themselves — were in line with European, and especially Spanish, thinking. England’s great youth development revolution, the clumsily titled Elite Player Performance Plan, was designed in part to mimic the hot-housing of talent that happens in France and, again, Spain.

Its products have been drafted into teams that, invariably, play a style and use an approach that is inflected with internationalism. Not just in the way they play, but the way they train, and even what they eat: It is only a little more than 20 years, after all, since Arsène Wenger arrived at Arsenal and — as far as English soccer is concerned — invented pasta.

Phillips has been shaped, in the figurative sense and the literal one, over the last three years by Bielsa’s intense, unrelenting attention. This is the end result: from a backwater to the semifinals of Euro 2020. His story is a remarkable one, but it is not an exception. It is the rule.