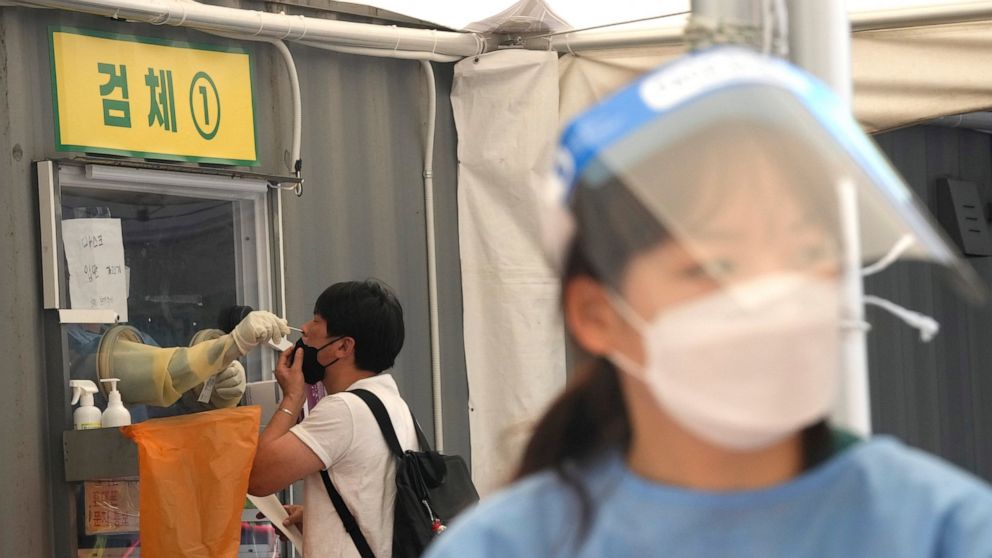 WELLINGTON, New Zealand — New Zealand on Friday suspended its quarantine-free travel bubble with Australia for at least eight weeks due to a growing COVID-19 cluster in Sydney.

Ardern said she hoped to have all New Zealanders who wanted to return flown home from Australia with managed flights within a week.

The travel bubble has existed since April and has provided both countries with their only quarantine-free international flights.

Both Australia and New Zealand have been among the most successful in the world in containing coronavirus outbreaks. But Sydney is failing to contain a cluster of the highly contagious delta variant, which has spread across the country.

On Friday, New South Wales state declared an emergency over the Sydney outbreak. Authorities reported one fatality and 136 new infections in the latest 24-hour period, the biggest daily jump since the outbreak began in mid-June.

In other news in the Asia-Pacific region:

— Ho Chi Minh City in Vietnam has extended a two-week lockdown with even tighter restrictions as confirmed COVID-19 cases climbed to a new record. Vietnam reported over 6,000 new cases, 4,200 of them from the southern metropolis, in the last 24 hours. The latest directive from the city authority says people in high risk areas are only allowed to go out twice a week for necessities including food and medicine. Only a handful of essential businesses are open, interprovincial public transportation is suspended while a limited number of domestic flights continue to operate from Ho Chi Minh City. Passengers are subjected to a three-week quarantine.

— Philippine officials say they have detected the highly contagious delta variant and announced tighter restrictions in the capital and a weeklong ban on the entry of travelers from hard-hit Malaysia and Thailand. The Health Department said it has been looking into at least 47 delta variant infections, including some in returning Filipino travelers. It said clusters “were seen to be linked to other local cases, therefore, exhibiting local transmission.” The Philippines reported 5,828 new cases and 17 deaths in the last 24 hours, bringing the total confirmed infections to more than 1.5 million and 26,891 deaths. Officials warned provincial and city governments to prepare for the worst by stocking up on medicine, oxygen tanks and critical care equipment. After recently easing lockdowns in Manila and outlying regions, the government announced that the capital region of more than 13 million people, along with four provinces, will be placed back under a general quarantine “with heightened restrictions” from Friday till the end of the month.

— South Korea is extending the toughest distancing rules imposed on the greater Seoul area for another two weeks. South Korea on Friday reported 1,630 new cases, marking a 17th straight day its daily caseload is above 1,000. About 70% of the recent cases have been detected in the Seoul area. Interior and Safety Minister Jeon Hae-cheol says it’s inevitable that social gatherings and travel are restricted. The current rules ban gatherings of three or more people after 6 p.m. and require high-risk facilities such as nightclubs to close. Weddings and funerals can be attended by only relatives, capped at 49 people.