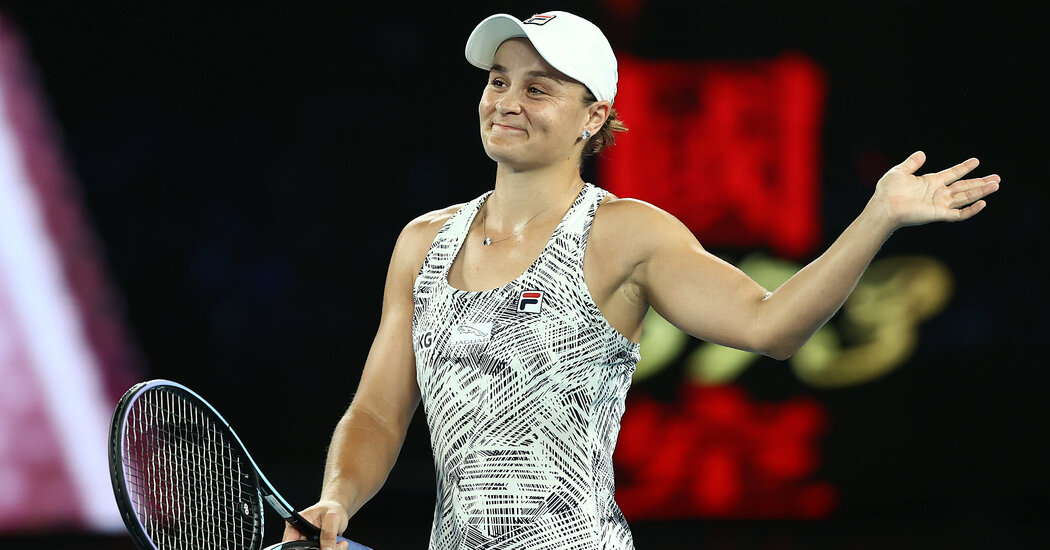 Down-the-line or crosscourt? Rip or chip? Stay at home or hit the road in search of points and glory?

The coronavirus pandemic that has disrupted old patterns and created new problems has made some of the choices more complicated, but Ashleigh Barty is on a hot streak, as anyone who has played her in this Australian Open can confirm.

Madison Keys was the latest to swing away and come up empty as Barty kept delivering pitches and tactical shifts that Keys could not handle. Barty won the first set of their semifinal on Thursday night in 26 minutes and won the match in just over an hour, 6-1, 6-3.

She is the first Australian since Wendy Turnbull in 1980 to reach the women’s singles final at the Australian Open.

“It’s unreal honestly, just incredible,” Barty said. “I love this tournament. I love coming out here and playing in Australia. As Aussies, we’re exceptionally spoiled. We’re a Grand Slam nation and get to play at home in our backyard.”

“Now I get the chance to play for a title,” she added.

She will face the winner of Thursday’s second semifinal between Danielle Collins of the United States and Iga Swiatek of Poland. But whomever Barty faces at this late stage, she will be the favorite based on her cool and precision under pressure over the last 11 days.

She has yet to come close to dropping a set, and Keys met her at the net after Thursday’s rout with a smile on her face as if to say, “You’re in the zone, Ash, enjoy it.”

Tennis may not mean as much to Australia, as it once did in the days of Rod Laver, Ken Rosewall, Margaret Court and Evonne Goolagong Cawley. But a Barty victory in Australia would certainly be a cultural happening. The 25-year-old from Brisbane is a particularly popular figure here with her down-to-earth personality and deep roots in the land: she is partly of Indigenous heritage.

Ranked No. 1, she won her first Grand Slam singles title at the 2019 French Open and her next at last year’s Wimbledon, prevailing in a mood-swinging final against Karolina Pliskova that got complicated before she won in three sets.

But there have been no edgy matches or extended challenges so far in Melbourne, where she can become the first Australian to win the singles title since Chris O’Neil in 1978.

O’Neil was unseeded and ranked outside the top 100: one of the biggest surprise Grand Slam champions in tennis’s long history. Barty is in a very different position as the top-ranked player in the game and the focus of attention in her country whenever she plays a match.

But after choosing to cut her season short in 2021 and return home to Australia to recover after the U.S. Open where she was upset in the third round, she has started the 2022 season fresh, focused and devastatingly on target. She has dropped just 21 games in six matches and is striking a fine balance between finesse and power.

Next challenge: her first Australian Open singles final on Saturday night in prime-time in Rod Laver Arena. Is she ready?

“Absolutely,” she said after steam-rolling the unseeded Keys. “Let’s do it.”