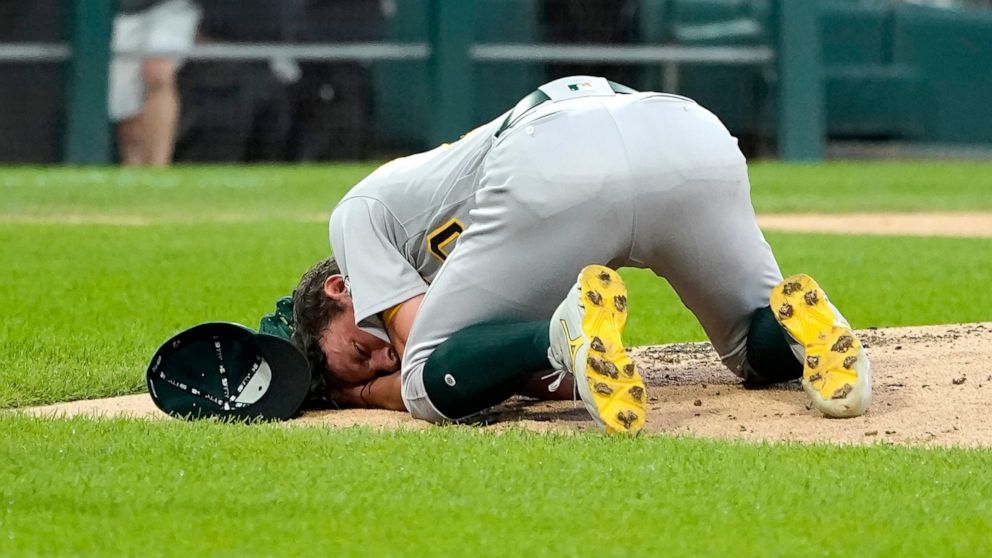 CHICAG0 — Oakland Athletics right-hander Chris Bassitt was carted off the field Tuesday night after he was struck on the side of the head by a comebacker.

With two on and no outs in the second inning against the Chicago White Sox, Bassitt threw an 89.5 mph cut fastball that Brian Goodwin lined right back up the middle. Bassitt went down on the mound right after he was hit, holding his head, and his teammates quickly waved to the dugout for assistance.

As players on each side looked on, Bassitt was attended to by an Oakland trainer and other personnel before he was helped into the back of a cart and driven off the field. A’s center fielder Starling Marte had his hands on his head as Bassitt passed by him.

The 32-year-old Bassitt, who broke into the majors with the White Sox in 2014, is in the midst of a breakout season for Oakland. He was 12-3 with a 3.06 ERA in 24 starts heading into the game, leading the AL in victories.