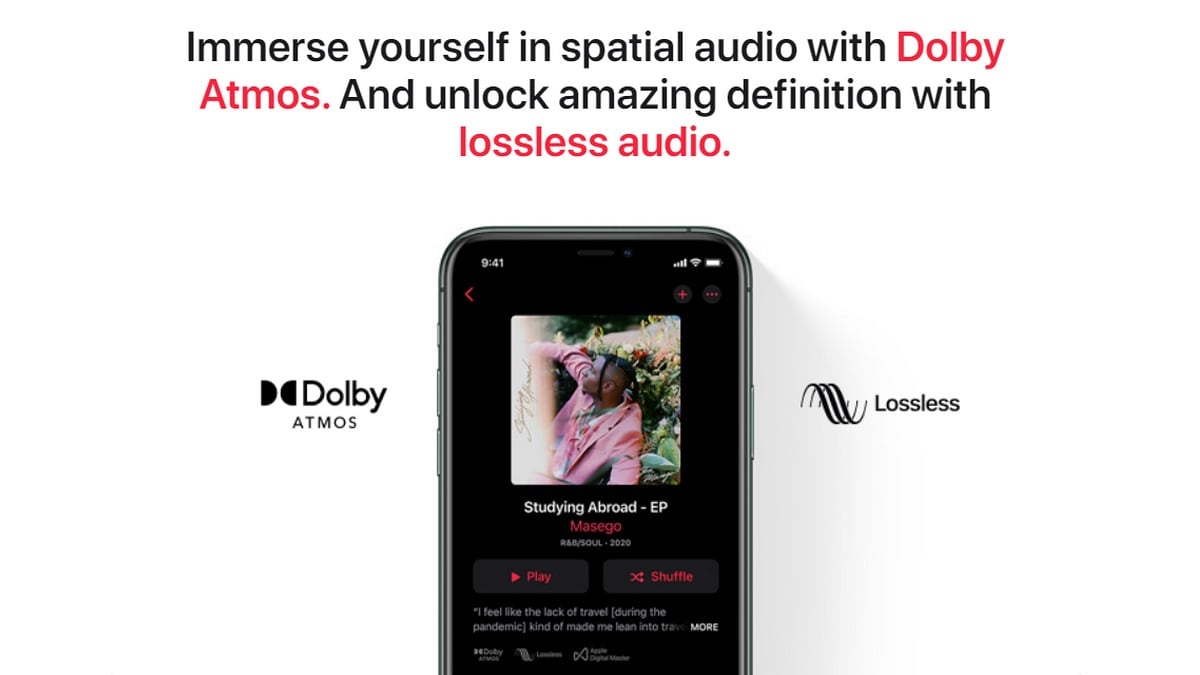 Apple Music Lossless and support for Dolby Atmos has come to India for ‌Apple Music‌ subscribers and the official Indian website has been updated to mention the latest additions as well. The features were announced back in May and started rolling out in June as part of WWDC 2021 keynote to select regions, but the India launch was delayed. Now, these features have started rolling out to iOS devices and Apple TV, and users have taken to Twitter to share screenshots. Additionally, Apple Music beta users on Android are also receiving these features in India.

Back in May, Apple shared it will be bringing Lossless Audio, Spatial Audio, and Dolby Atmos support to Apple Music subscribers at no extra cost. Then in June during WWDC 2021, the Cupertino giant announced it was rolling out the features to iPhone, iPad, Mac, and Apple TV 4K users. At the time, Indian users did not receive these features but later, the Apple India website was update to show that the features are coming soon. Now, they have been made official as the Apple Music India website mentions Dolby Atmos and Lossless audio as part of its Apple Music features. Some users have already started seeing Lossless Audio and Dolby Atmos in their Apple Music app on iOS devices and Apple TV.

A few users shared on Twitter that Lossless and Dolby Atmos features were available on the Apple Music app in India. However, it seems to be a staggered rollout as not all features are visible to everyone. As per a tweet by tech columnist Sahil Mohan Gupta, a ‘Lossless’ icon is available on the Apple Music app within select albums. In the Audio Quality settings, you can turn on Lossless Audio and set the quality for mobile data streaming, Wi-Fi streaming, and downloads with Lossless audio.

Another Twitter user shared that ‘Dolby Atmos’ icon was also visible under certain albums within the Apple Music app. More information on these features coming to India is expected soon from Apple.

Furthermore, founder and CEO of Headphone Zone shared an image on The Indian Audiophile Forum Facebook group (private) showing the settings on Android. It is likely present on the Apple Music beta app on Android and it gives users the option to select between ‘High Quality,’ ‘Lossless,’ and ‘High-Resolution Lossless.’