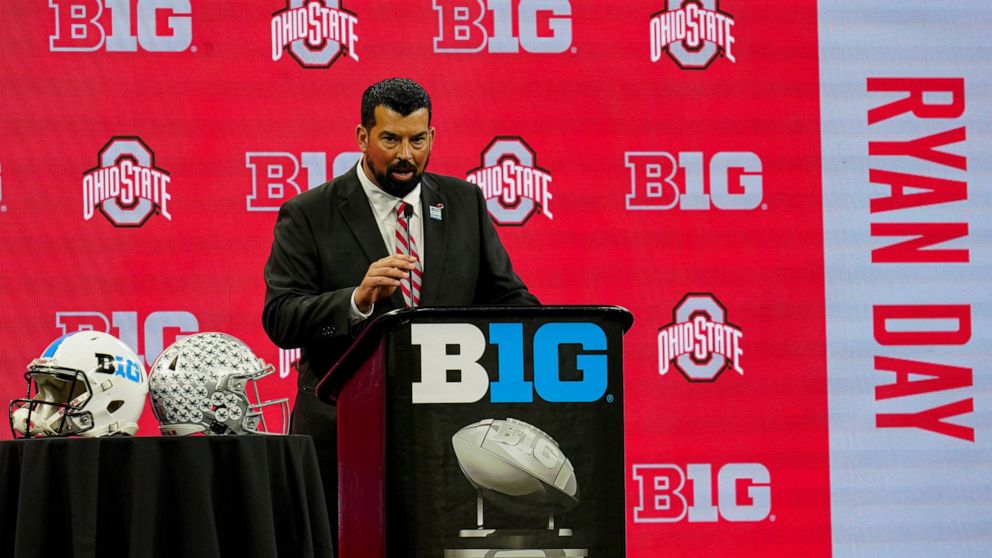 Ohio State is favored to win a fifth straight Big Ten title and Michigan and Nebraska are trying to change their trajectories in critical seasons for their alumni coaches.

On the AP Top 25 College Football Podcast this week, it’s a Big Ten preview with Dave Revsine of the BTN joining AP’s Ralph Russo. Who has the best chance to catch the Buckeyes? Maybe upstart Indiana? How about Penn State in a bounce-back season?

Wisconsin and Iowa are the favorites in the West Division, but that always seems to produce a surprise contender or two.

Meanwhile, former Michigan quarterback Jim Harbaugh took a pay cut and overhauled his staff heading into his seventh season as the Wolverines’ coach.

At Nebraska, coach former Cornhuskers quarterback Scott Frost has a new boss and is looking for his first winning season in his fourth year as coach.

Plus, a bonus episode of the podcast this week focuses solely on conference realignment. Andy Staples from The Athletic joins the show to talk about all the ramifications of Oklahoma and Texas moving to the Southeastern Conference. And what’s next.