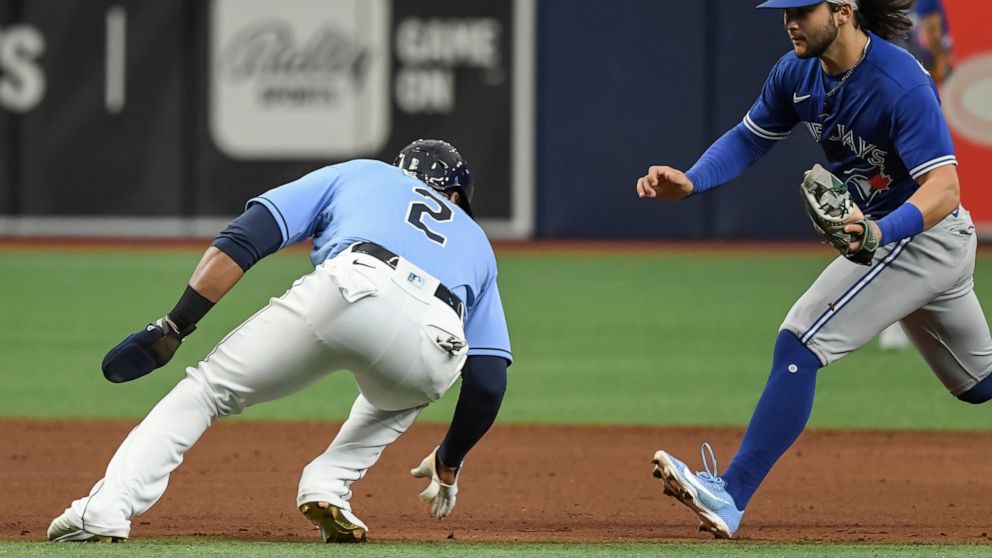 The Toronto Blue Jays won’t find out by this weekend whether they will get permission from the federal government to play in Canada soon, a government official familiar with the talks told The Associated Press

TORONTO — The Toronto Blue Jays won’t find out by this weekend whether they will get permission from the federal government to play in Canada soon, a government official familiar with the talks told The Associated Press on Wednesday.

A team spokeswoman said the club continues to work with the federal government toward playing games at Rogers Centre starting July 30, and expected to receive a response by Friday.

But the government official familiar with the talks said the Blue Jays will not learn whether they will get to play in Toronto by the weekend. The official spoke on condition of anonymity because no one has been authorized to discuss the talks publicly.

The U.S.-Canada border remains closed to nonessential travel. Major League Baseball will require an exemption for vaccinated and non vaccinated players and team staff to play games in Canada.

The Blue Jays played home games during the shortened 2020 season in Buffalo and started this season in Dunedin, Florida, before moving to Buffalo. The Canadian government didn’t allow the team to play at home in Toronto because of the risk of spreading COVID-19, citing frequent travel required in the U.S. during a baseball season

Blue Jays ace Hyun-Jin Ryu signed with the team before the 2020 season and has yet to pitch a game in Toronto.

The team noted in a release this week that Major League Baseball has high vaccination rates, with more than 85% of players and personnel fully vaccinated. The club said vaccinated players and staff on the home and visiting teams will have to show proof of a negative COVID-19 test with no quarantine requirement; and that fully vaccinated individuals will also undergo weekly testing.

The team said unvaccinated and partially vaccinated individuals on the home and visiting teams will adhere to a modified quarantine for their first 14 days in Canada. They will be permitted to leave their residence only to participate in baseball activities at Rogers Centre.