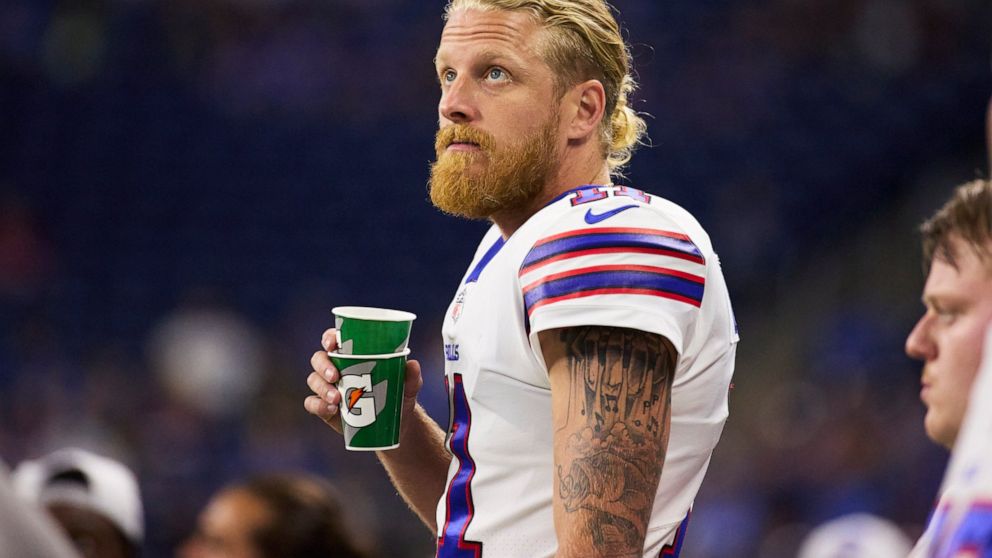 A person familiar with the situation told The Associated Press that Beasley and Davis must spend at least five days away from the team facility after having close contact with a Bills trainer who tested positive. That means both will miss the Bills’ final preseason game on Saturday, when Buffalo hosts the Green Bay Packers.

The person spoke to the AP on the condition of anonymity because the Bills have not commented on the development first reported by the New York Daily News.

In addition to the receivers, Bills defensive coordinator Leslie Frazier did not go into detail in saying linebackers Matt Milano and A.J. Klein, and defensive tackle Star Lotulelei were held out of practice because of COVID-19 reasons. Frazier said he didn’t know how much time the defensive players would miss.

Both Beasley and Davis tested negative for COVID-19, but were required to leave the Bills facility and follow the NFL and NFLPA’s five-day reentry protocols before they can rejoin the team, the person said.

Beasley has been an outspoken critic against vaccinations and the league’s COVID-19 policies. In June, he posted a statement on social media threatening to retire after the NFL and NFLPA announced new rules for vaccinated and unvaccinated players.

He opened training camp by reading from a statement in which he repeatedly referred to a lack of transparency and information on vaccinations. Beasley’s comments contradicted those by Bills coach Sean McDermott, who has said the team has done everything it can to educate players.