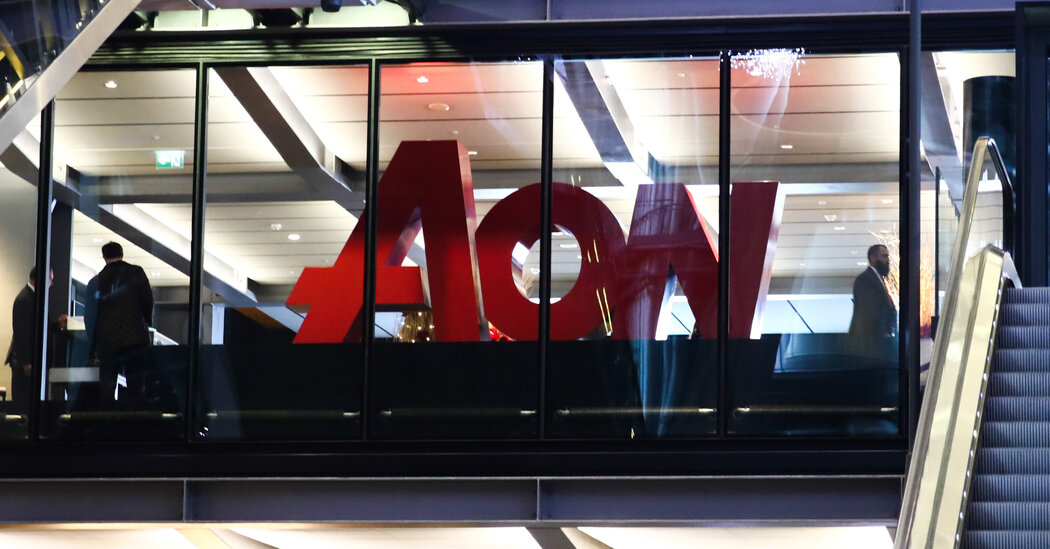 Two of the world’s largest insurance brokers, Aon and Willis Towers Watson, announced on Monday that they had called off a planned $30 billion merger, just a little more than a month after the Department of Justice sued to block the union.

The D.O.J.’s case against the proposed merger was the first big trustbusting move by the Biden administration, which has signaled a willingness to be tough on corporate consolidation.

This case is arguably the first antitrust win for President Biden, who named Jonathan Kanter last week to run the D.O.J.’s antitrust division. Mr. Kanter has spent much of his career fighting Big Tech on behalf of smaller companies. Mr. Biden has named other critics of Big Tech to prominent roles, such as Lina Khan to lead the Federal Trade Commission and Tim Wu, who serves in an economic policy role at the White House.

On Monday, Aon and Willis Towers Watson said they decided to end the Justice Department’s litigation and move forward independently.

China’s Got Problems, But Inflation Ain’t One

“We reached an impasse with the U.S. Department of Justice,” Aon’s chief executive, Greg Case, said in a statement.

The agreement, first proposed in March 2020, faced scrutiny from regulators around the world. Some, including officials in the European Union, granted conditional approval based on various concessions and divestments.

The D.O.J. lawsuit was not scheduled to head to trial until at least November, which would have delayed the deal until the first quarter of 2022 at the earliest and was untenable for Aon, a company spokesman told The New York Times.

The government said previously the companies were aware they already operated in an oligopoly. “If permitted to merge, Aon and Willis Towers Watson could use their increased leverage to raise prices and reduce the quality of products relied on by thousands of American businesses — and their customers, employees and retirees,” the D.O.J. wrote last month.

Aon argued in its statement calling off the deal that the D.O.J. misunderstood its businesses. “We are confident that the combination would have accelerated our shared ability to innovate on behalf of clients, but the inability to secure an expedited resolution of the litigation brought us to this point,” Mr. Case said in the statement.

With the merger terminated, a slew of contingent deals will be called off, too. Some of the regulatory approvals that the combined companies received, for example in South Africa and the European Union, were dependent on Aon and Willis getting rid of some business units.

Aon said it would pay a $1 billion termination fee to Willis Towers Watson.

China’s Got Problems, But Inflation Ain’t One