Another top editor of the publisher of Deadspin and The Onion steps down. 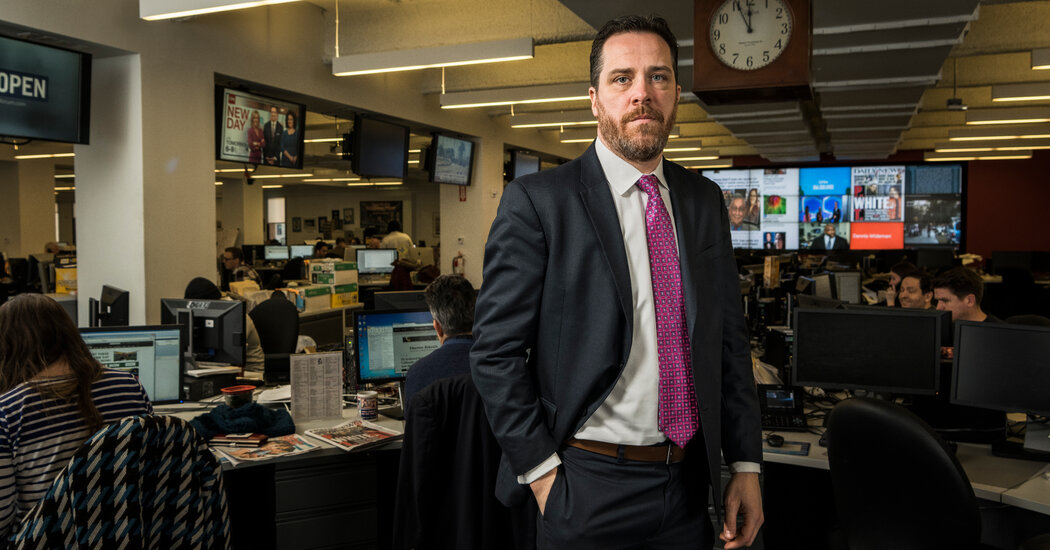 The editorial director for the company that owns Deadspin, The Root, The Onion and Gizmodo resigned on Friday, the second time in two years that the publisher’s top editor had stepped down.

Jim Rich, who was previously the editor in chief of The Daily News in New York, said Friday afternoon that he had resigned from the company, G/O Media, that day. The company also publishes Jezebel, The A.V. Club, Lifehacker and other titles.

In a statement, a G/O Media spokeswoman said: “G/O Media has parted company with Jim Rich. He provided stability during a very important time for the company, and we appreciate all of his efforts.”

Mr. Rich declined to say what had prompted his resignation. But he denied that it was related to a year-old article for Deadspin, G/O Media’s sports site, about Rachel Nichols, an ESPN sideline reporter and host.

The relatively brief article, on which Mr. Rich was listed as an author, reported that someone had sent Deadspin recordings of Ms. Nichols, made using a video camera that she had in her room to do TV hits, speaking to another person on the phone about her career. The article did not mention the specifics of what Ms. Nichols had said, citing privacy concerns and the fact that the videos were “an attempt to discredit Nichols’ job status within ESPN.”

That article received scrutiny after The New York Times reported on Sunday that Ms. Nichols had talked in the recording about how to secure a prominent on-camera role over another ESPN reporter. The recording had made the rounds at ESPN and caused strife at the sports media giant, The Times reported.

Mr. Rich said Friday that with the information Deadspin had last year, there was nothing he would change about the article. “It had absolutely nothing to do with this,” he added of his departure. “There was never any conversation between me and upper management about that story in this past period of time.”

His resignation was reported earlier by The Daily Beast.

Mr. Rich joined G/O Media in January 2020 to edit Deadspin. Nearly two dozen Deadspin newsroom employees had resigned the previous fall after the chief executive of G/O Media, Jim Spanfeller, fired the site’s interim editor amid a conflict over whether Deadspin ought not stray from covering sports.

Paul Maidment, who as editorial director of G/O Media had circulated the infamous “stick to sports” memo, himself resigned a few days after the mass departures in November 2019. Deadspin was dormant for several months before relaunching under Mr. Rich. Mr. Rich was elevated to editorial director in April 2020.