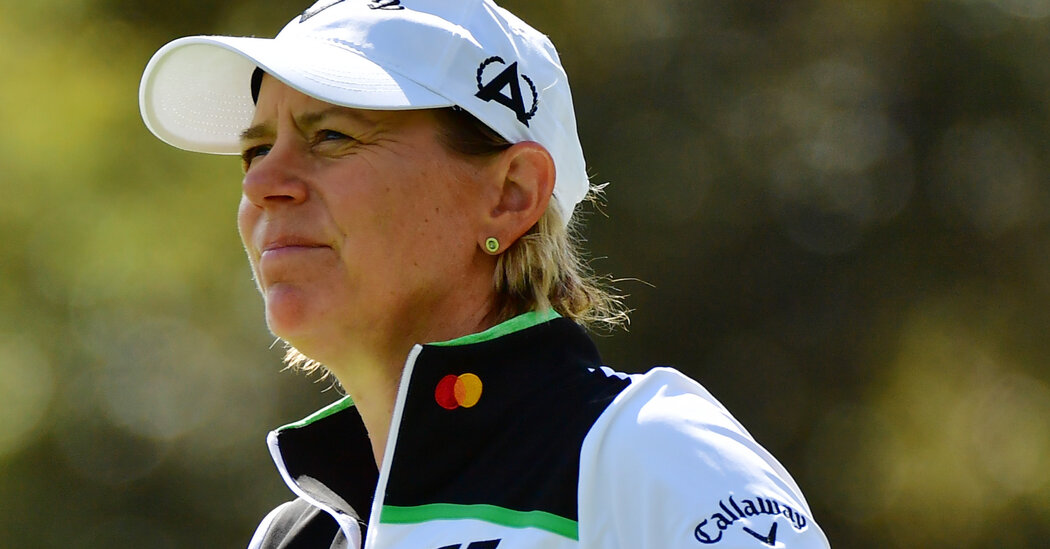 Annika Sorenstam was one of the best golfers of her generation when she retired from competitive golf in 2008 at age 38. She had won 94 times around the world, including 10 major championships, and was inducted into the World Golf Hall of Fame in 2003.

She gave little thought to golf in retirement. But while stuck at home with her husband and two children during the pandemic, Soresnstam, now 50, began playing golf with her son, William, and that reignited her competitive spirit. In February, she played in the Gainbridge L.P.G.A. at Lake Nona Golf & Country Club in Orlando, Fla., where she lives.

Later this month, she will play in the U.S. Senior Women’s Open in Fairfield, Conn. It is her first United States Golf Association event since the 2008 U.S. Women’s Open, when she made her third shot on the final hole for an eagle for a storybook end to her career playing in major championships.

Recently, she reflected on her career and the state of women’s golf. The following interview has been edited and condensed.

Time flies, being a mother of two. I’ve been busy with a lot of different things. We’ve started a foundation, where we’ve helped 6,000 girls, and some have gone on to Symetra and L.P.G.A. Tours. We’ve given $7 million to junior golf.

What got you back playing golf?

Covid is one of the reasons, and living in Florida. Our son is really into golf. He’s 10. He’s my practice buddy. I didn’t practice at all in retirement. If I had a charity event or a corporate outing, I’d hit a bucket of balls. Then with Covid, there was nothing to do. I started to hit balls. One thing led to another. I used to practice all day; now I have three hours a day for working out and golf. I’m not going to reach the level I was at. But I can get a little bit better.

Early on, it was frustrating. If you have nothing to play for, what are you going to do? After 2008, there was no motivation. You do something well, and then you can’t do it. It’s no fun. My golf has gone downhill. But I’ve achieved other things on the side. I’m also 50. There are other priorities. The body is different. Before I had the mind-set of a 35-year-old. I can’t make it up in strength and distance, but I have maturity.

You played in the Gainbridge L.P.G.A. at Lake Nona with women who looked up to you when they were girls. What was that like as a competitor?

It was really cool. I live on the 16th tee. And I thought: “I can’t wake up in the morning and see L.P.G.A. tee markers and not be part of it. I’ve just got to play. What a cool thing to be able to do.” I’ve mentored some players. I thought: “Now I can see them inside the ropes. We can do some practice rounds.” I got to play with Anna Norqvist, who was one of my first scholarship award winners. I played with Maria Fassi. It allowed me to relate more with today’s players. I looked outside the ropes, and I had friends, family there. But I made my kids lunch before playing. I was exhausted. I look at all these young women out there. It’s all you have. You have to give yourself a break.

When you were 12, your first handicap was a whopping 63. There are 12-year-olds now who are 0 handicaps and playing in U.S.G.A. events. What do you make of this?

It’s not good to specialize. Then you have 12-year-olds only playing golf. I’d worry about that. You need to be good. But you need the social part. They’re not kids anymore. You need to find a balance. Those are the players who do well long term.