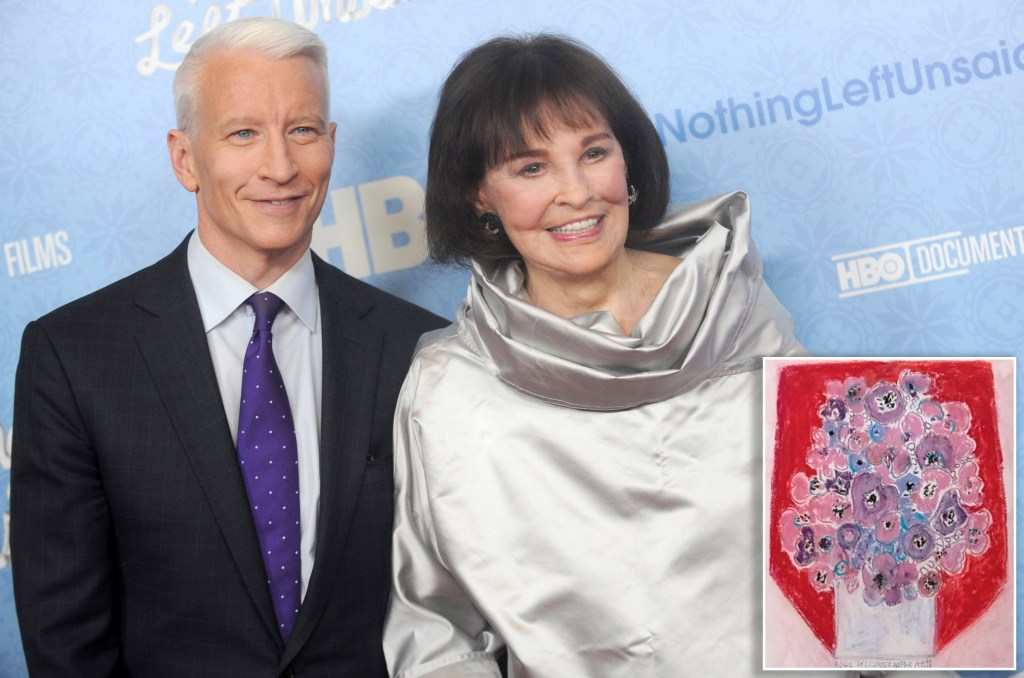 He was one dedicated son.

Anderson Cooper has admitted he used a fake online persona to help his mom Gloria Vanderbilt sell her artworks on Instagram.

The CNN anchor, 54, made the candid confession during an interview on “Late Night with Seth Meyers” Monday when talk turned to Vanderbilt, who died in 2019.

Vanderbilt was a famed heiress and a prominent painter who held critically acclaimed exhibitions over the span of several decades.

“My mom died when she was 95, but around the time she was 91 … she wasn’t painting,” Cooper told Meyers.

The aging heiress didn’t have an assistant to aid with the transactions, so she enlisted her famous son to help out.

“She was like, ‘OK, why don’t we invent a lady of a certain age named Monica, who’s a longtime trusted assistant, and you be Monica and you answer all the DMs on Instagram to buy my artworks,’” Cooper explained to Meyers as the studio audience erupted in laugher.

The CNN anchor did just as his mother told him — spending the next several years negotiating deals for the paintings while simultaneously fulfilling his on-air anchor duties.

“I’d be in Baghdad and in between things I’d be [talking to a buyer] like ‘Would you like a laminated white frame?’ as Monica,” Cooper humorously recalled.

Cooper was known for being incredibly close to his mom, with whom he penned a 2016 memoir titled “The Rainbow Comes And Goes.”

Earlier this month, he spoke candidly about the sweet final moments he shared with Vanderbilt prior to her passing from stomach cancer.

“We had an amazing last week or two together. We would just lay on her bed and hold hands,” he told his best friend, Andy Cohen, on SiriusXM’s Radio Andy.

He revealed they also watched an old video of Vanderbilt singing Peggy Lee’s track “Is That All There Is.”

“She started to sing along to it and I would start to sing along,” Cooper told Cohen. “And then we had this great moment where she was holding my hand while we were listening to the song and it was like we were dancing. And it was lovely.”

Earlier this year, Cooper finally put his mom’s Manhattan apartment on the market for a relatively modest $1.15 million.

Located in Midtown East at 30 Beekman Place, the two-bedroom, two-full-bathroom apartment belonged to Vanderbilt for more than two decades.

The socialite, fashion designer, artist and heiress initially moved into the residence in 1997 and spent her later years in the apartment painting the artworks that were eventually sold by Cooper on Instagram.