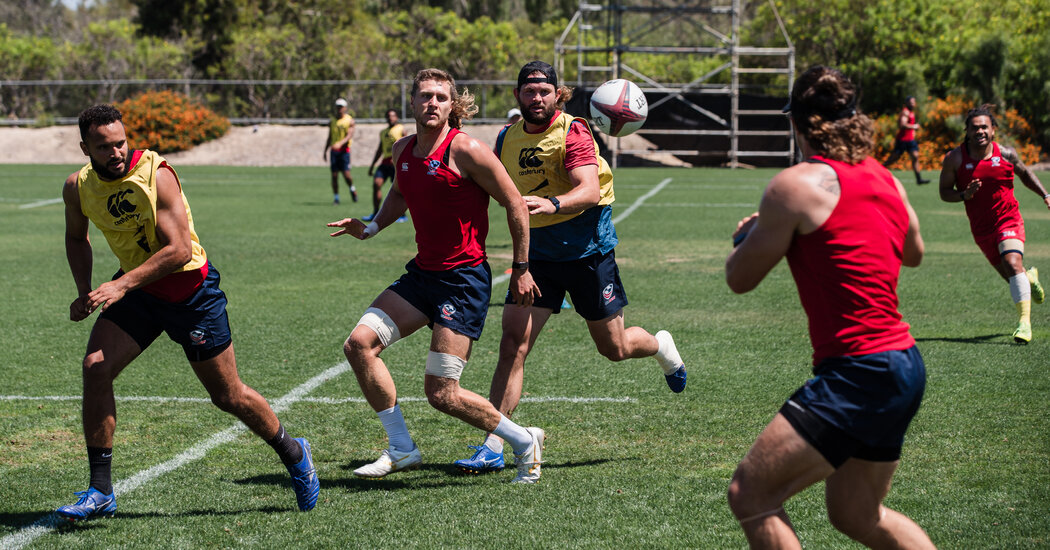 CHULA VISTA, Calif. — Momentum is a funny thing in sports. It can crystallize seemingly out of nowhere and vanish just as easily.

The American men’s and women’s rugby sevens teams know about that. Both squads turned lackluster performances at the 2018 World Cup into fabulous 2019 campaigns, finishing second in the world, their highest rankings ever. They hoped that success would catapult them into medal contention at the Tokyo Games in 2020.

The pandemic forced the teams to slam on the brakes. After more than a year with only a handful of matches during the pandemic, they will try to regain their magic at the Olympics on Monday, the first day of the rugby sevens tournament.

“Losing the 15 months has certainly hurt us in terms of momentum and the trajectory we were moving on,” Mike Friday, coach of the men’s team, said this month at the team’s training camp. “But we’re not alone. A lot of teams will feel undercooked going in. There’ll be a little bit of trepidation, anticipation, anxiety.”

Rugby sevens is an unforgiving sport, with matches lasting just 14 minutes with a two-minute break in the middle. With fewer players on the field, one mistake can lead to a deflating breakaway score. Margins are thin. The U.S. men’s team failed to advance to the knockout round at the Rio de Janeiro Games because it felt a point shy. A similar fate befell the team at the World Cup in San Francisco.

This year, the men’s side has been drawn the so-called group of death that includes a perennial powerhouse in South Africa, up-and-coming Ireland and a hard-hitting squad from Kenya.

“There’s no second chances,” said Stephen Tomasin, who is appearing in his first Olympics. “With how cutthroat our game is, one or two missed opportunities and you’re heading home a loser.”

Compounding matters, several of the team’s top players are coming back from injury, including team captain Madison Hughes and Folau Niua. Perry Baker, the World Rugby Sevens Player of the Year in 2017 and 2018, hurt his leg earlier this year. Another stalwart, Ben Pinkelman, dropped off the team because of a chronic back injury.

“The pandemic throws momentum out the window,” said Rupert Cox, a rugby commentator for NBC Sports. “The key issue are the players who are battling back from injury.”

Because of travel restrictions, the U.S. teams played in only a handful of tune up matches, including in Spain and Los Angeles, limiting their experience against their potential opponents. Training against each other can be tricky because the players want to go all-out, but don’t want to risk injuring themselves or their teammates.

“You want to get better and you want to them to get better, but it’s nothing like competing against someone that you don’t know,” said Kevon Williams, another first-time Olympian. “It’s kind of a real fine line. We need everybody to go up to 100 percent. If somebody is going 100 and somebody’s going 50 percent, there’s likely to be an injury.”

On paper, the women’s team has an easier path to a medal. It should beat China and Japan in the group stage, and perhaps knock off the Australians. In the knock out stage, Canada and New Zealand are among the toughest marks.

“According to Twitter, a New Zealand-U.S.A. final is what people want to see,” said Abby Gustaitis, a co-captain. “But we don’t want to look past our pool stages or the quarterfinals.”

Many members of the women’s team played other sports before rugby, which has made them an athletic group with speed, height and power. Gustaitis, for instance, played basketball before taking up rugby at 18 years old. Kristi Kirshe played soccer and football.

“I’m hard to tackle,” Kirshe said. “Growing up playing football as a kid, I’m not really afraid of the contact zone.”

Ultimately, both teams recognize that every team at some level will be rusty. The key will be jumping out to a fast start and not letting small mistakes derail their ambition.

“It’s the pinnacle event for us,” said Kris Thomas, another co-captain of the women’s side. “We play internationally quite often in rugby sevens. But this is the big dance that we’ve been preparing for.”