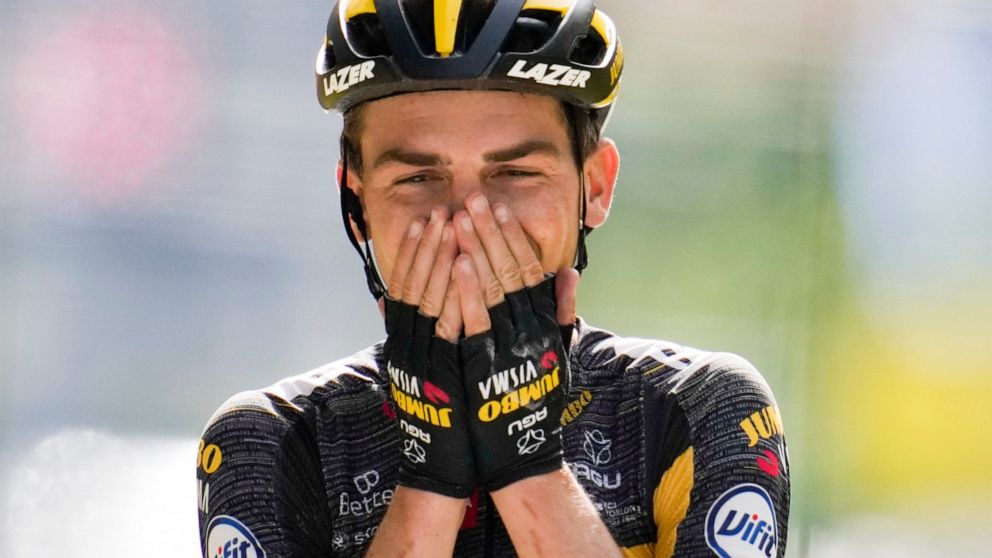 Kuss is the first American to win a stage at cycling’s biggest race since Tyler Farrar 10 years ago.

The 26-year-old Colorado native left it late to make his move in the punishing 191-kilometer (118-mile) ride from Ceret at the foothills of the Pyrenees to the tiny mountain-bound nation of Andorra.

Kuss attacked going up the 1,796-meter Col de Beixalis and maintained his hard-fought advantage over Spanish veteran Alejandro Valverde, who was 23 seconds behind. Dutch rider Wout Poels finished third and took over the polka dot jersey for the best climber.

Pogacar was only questioned toward the end of the stage as Jonas Vingegaard followed Ben O’Connor’s example with two attacks.

Pogacar answered both without any problems and increased his overall lead to more than five minutes over Rigoberto Uran and Vingegaard. Guillaume Martin, who was second overall ahead of the stage, dropped back to ninth.