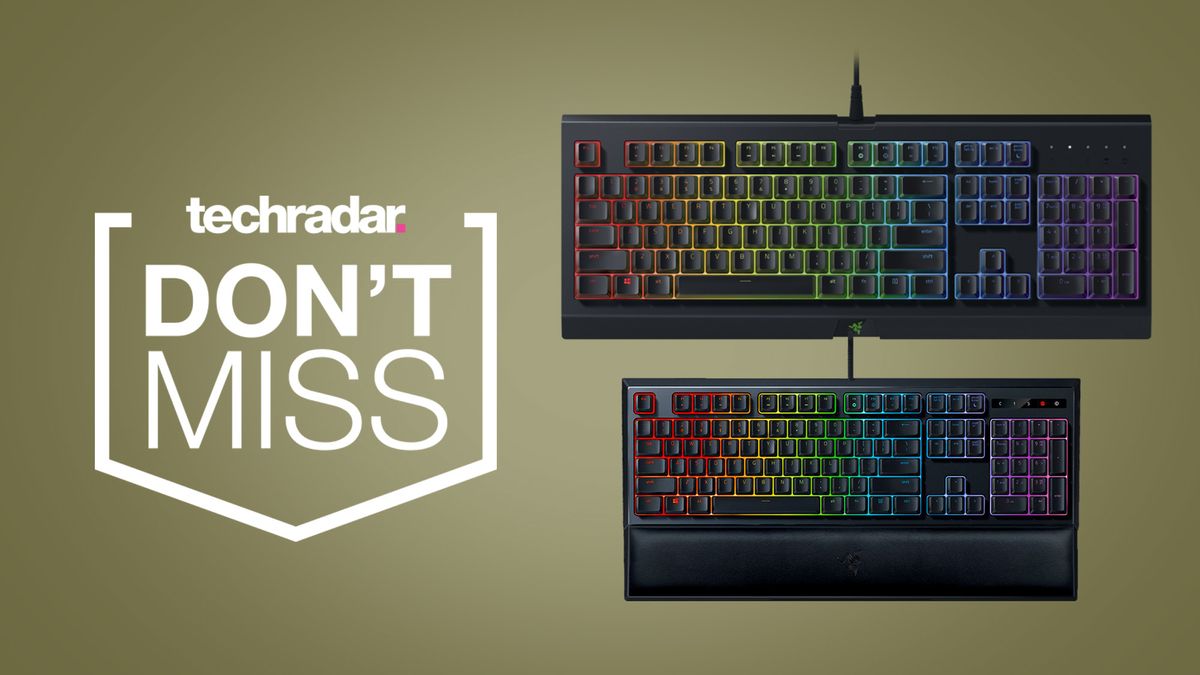 Razer releases plenty of gaming keyboards every year, each with incremental upgrades over the previous model. If you’re just looking for a cheap deck, then, there are some excellent prices to be found on previous generation models, and Amazon is offering a plethora of savings this weekend.

These keyboards are pretty much identical to their more expensive predecessors in experience and quality, but don’t offer the dedicated media controls found in later models. You’ll still find a few discounts on the V2 instalments, but the value offered in the cheaper keyboards isn’t quite matched here as we’ve seen far lower prices on the newer models in recent memory.

However, if you don’t want to pick up an older gaming keyboard, the Razer BlackWidow Tournament Edition V2 is currently available for its lowest price ever – just $69.99 down from $139.99. That’s a massive $70 discount on a premium deck, and it’s also available with a range of switch options.

Not in the US? Scroll down for more cheap gaming keyboard deals in your region.

Razer Cynosa Chroma gaming keyboard: $59.99 $39.99 at AmazonSave $20 – With $20 off the MSRP, this Razer Cynosa gaming keyboard comes in just $5 more than its lowest price ever. That’s an excellent discount considering we haven’t seen a cheaper price since a brief drop in January. This is the older release, but you’re only really dropping the dedicated media keys of the V2 as the experience between them is very similar.

Razer Ornata gaming keyboard: $99.99 $59.99 at AmazonSave $40 – The Razer Ornata is just $8 away from its all time record low price right now, and that $51 cost has only been seen twice in this device’s lifetime. Again, the only real difference between this model and the newer Ornata V2 is the dedicated media keys on the latter deck, so the lower price point here is well worth it if you’re simply after a cheaper hybrid keyboard.

Razer BlackWidow Tournament Edition V2 gaming keyboard: $139.99 $69.99 at AmazonSave $70 – In the case of the BlackWidow Tournament Edition you won’t need to buy an older device to get a great price. At $69.99, you’ll find the 60% deck available for its lowest cost yet, and it’s available with either green, orange, or yellow switches to boot.View Deal

If you’re kitting out your full rig, check out the latest gaming laptop deals for more discounts. Or, take a look at the latest cheap gaming chairs, gaming monitor sales and gaming mouse prices.