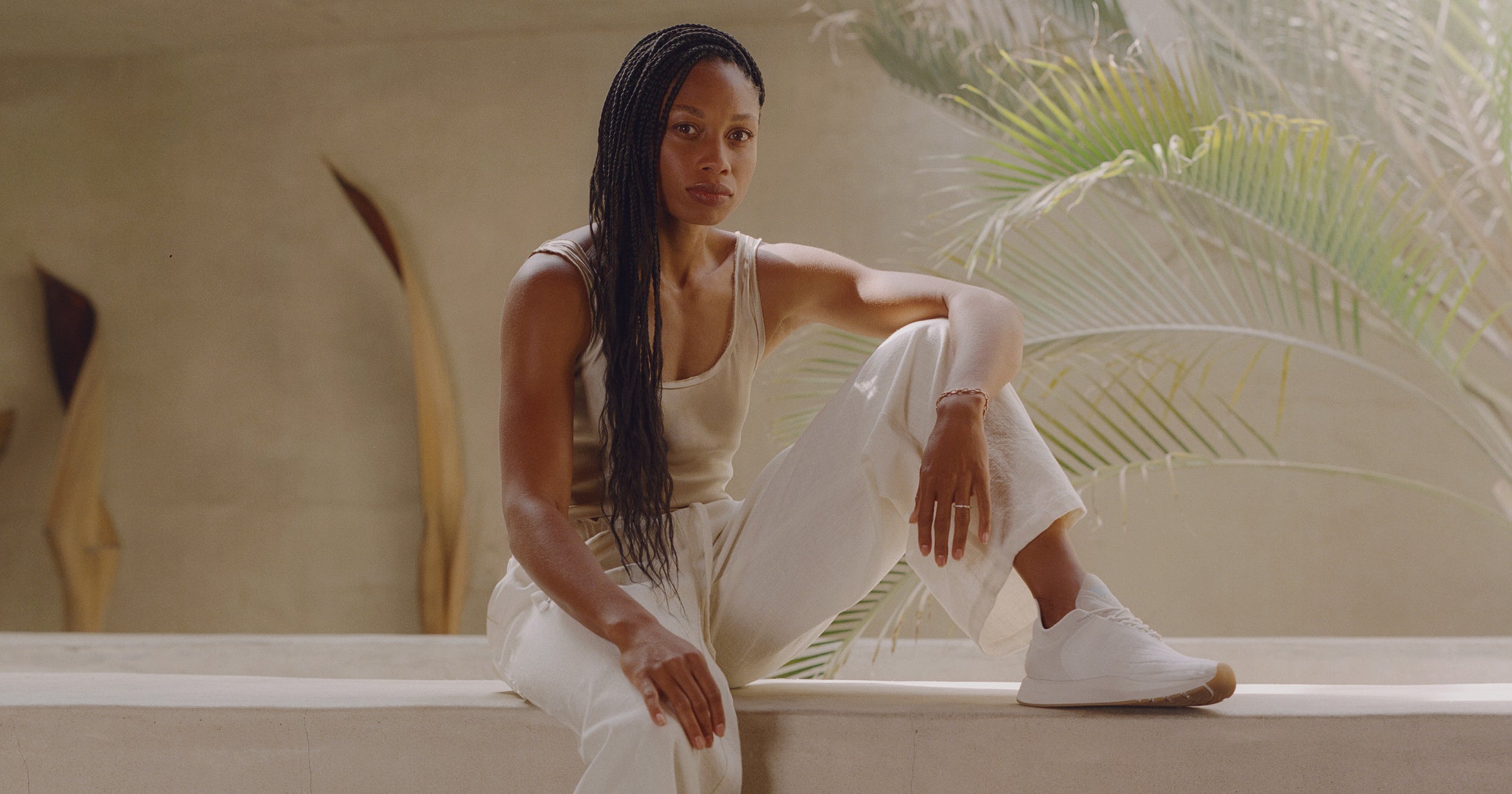 Ahead of the 2021 Olympic Games, Felix announced the launch of her new women’s lifestyle brand, Saysh, as well as the release of its signature sneaker, the Saysh One. The shoe is meant to be worn for everyday use and to fit women’s soles, which, according to Felix, differ in proportion and width, with women, statistically, having skinnier Achilles heels. Among professional athletes, getting your own shoe deal is a lucrative career-defining milestone, and most star athletes end up collaborating with big companies, such as Nike or Adidas. For Felix to found her own sportswear brand is not only uncommon, it’s nearly unprecedented for athletes of her caliber and fame, a statement for women everywhere who see themselves reflected in her fight for equality — on and off the track.