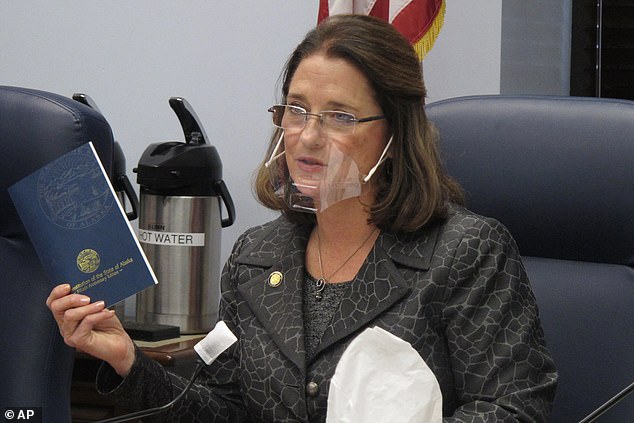 Senator Lora Reinbold revealed on Tuesday night she tested positive for Covid Alaska Senator, 57, plans to use her Vicks steamer and Ivermectin as medicineShe was banned from flying with Alaska Airlines for refusing to wear a mask

By Clare Mccarthy For Mailonline

An Alaska Senator who was previously banned from flying for refusing to wear a mask has tested positive for Covid-19.

Republican Senator Lora Reinbold, 57, revealed this week that she had tested positive with the deadly virus, and vowed to combat the disease with anti-parasite Ivermectin tablets.

She also said she planned to use her Vicks steamer, which she called a ‘God send’, as well as ‘lots of vitamins’, to help her fight the virus.

Ivermectin, an anti-parasite used to treat roundworm infections in animals, has become the drug of choice among anti-vax conspiracy theorists over the summer.

The rise in popularity of using Ivermectin has resulted in health authorities pleading with people to not take the animal version of the de-wormer, which can have serious adverse side affects.

Alaska Senator Lora Reinbold, 57, (pictured) revealed she has tested positive for Covid-19 and plans to use her Vicks steamer and anti-parasite Ivermectin tablets to fight the virus

A second Alaskan Republican Senator David Wilson, also tested positive for the virus, according to Anchorage Daily News, and is quarantining at home with minor symptoms.

In April this year, Sen. Reinbold was banned from flying with Alaska Airlines for ‘continually’ refusing to wear a mask forcing her to complete the 40-hour journey to the state capitol by car and ferry.

And on Tuesday evening, she took to her Facebook page to reveal her diagnosis, saying she was ‘completely unimpressed’ with the government guidence for battling Covid-19 and would be using her own remedies. 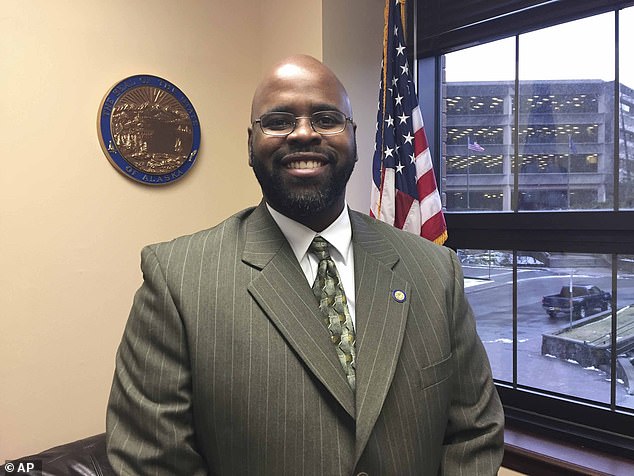 A second Alaskan Republican Senator David Wilson, (pictured) also tested positive for the virus and is quarantining at home with minor symptoms

Reinbold wrote: ‘Its my turn to battle Covid head on… game on! Who do you think is going to win?

‘When I defeat it, I will tell you my recipe. I am completely unimpressed with instructions, on my positive test, that says to go home & take Tylenol (which is contraindicated) until you cannot breathe – a bad recipe from cdc/dept of health.

‘I am taking lots of vitamins ABCD & Quercitin & zinc citrate. Vit E and aspirin to reduce clotting. I am blessed to have gotten Ivirmectin the ‘de-covider.’ My Vicks steamer has been a God send!

‘My naturopath gave me tips too- that I am sure will work! I will update you in a few days. I plan to keep my promise to stay OUT of the hospital – some of them seem like scary places these days.’

Republican Sen. Reinbold took to Facebook to reveal her diagnosis, saying she was ‘completely unimpressed’ with government guidence for battling Covid-19 and would be using her own remedies 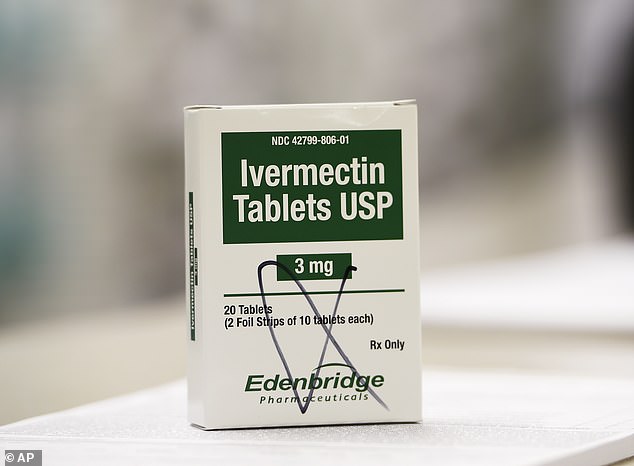 Ivermectin, an anti-parasite used to treat roundworm infections in animals, (pictured) has become the poster-child drug of choice among anti-vax conspiracy theorists

The FDA issued a warning against the use of Ivermectin in September, saying it ‘has not authorized or approved’ the drug for the treatment of Covid-19 and it has not shown to be ‘safe or effective’.

The federal agency also warned that there was a ‘lot of misinformation’ about the drug and said it a high dose of the animal drug could be toxic in humans.

Reinbold has been a vocal opponent to Covid-19 mitigation measures and has repeatedly objected to Alaska Airlines’ mask policy, which was enacted before the federal government’s mandate this year.