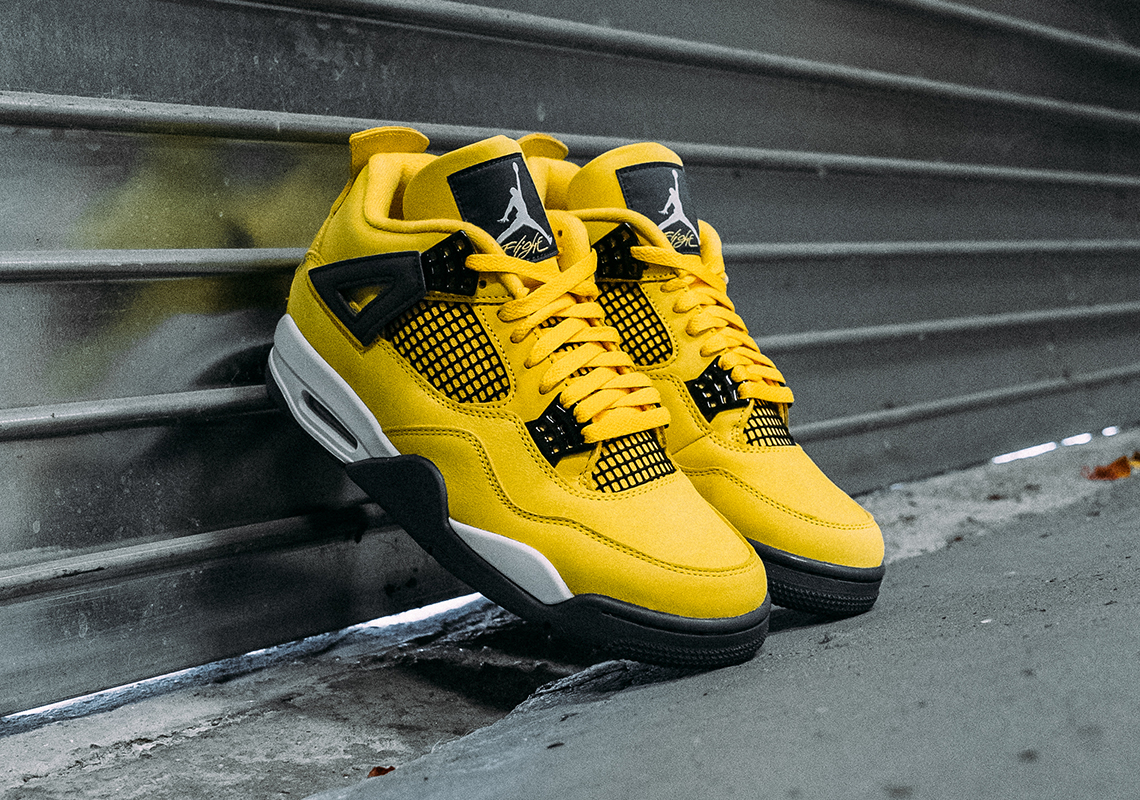 At one point sitting among the most coveted, rarified Air Jordan releases in history, these Tour Yellow and Dark Grey Jordans are finally set for a re-release on August 28th, 2021. For the first time ever, full family sizes will be available, revealing Jordan Brand’s full intent to cash in on its legendary status to the max. It took fifteen years for the Air Jordan 4 “Lightning” to finally make a return, but it was well worth the wait.

2006 was a significant year for the Air Jordan 4 Retro, and the stars had to align in order for the Lightning to strike. Throughout the first-half of the 2000s, the AJ4 was one of the most respected sneakers on the market and a bonafide favorite for sneaker heads. That’s because in 1999 on the sneaker’s 10th anniversary, Jordan Brand re-released the AJ4 for the first time in history, dropping the white/cement and “Bred” alongside the Midnight Navy and Oreo. From 2000 through 2005, the Air Jordan 4 never saw the light of day again, and demand for the model steadily rose thanks to the energy behind collaborations with Eminem and Undefeated, two shoes regarded as the best sneaker collaborations in history.

In 2004, Jordan Brand’s love of motorcycles came into fruition with the formation of Michael Jordan Motorsports, a division within the Jumpman dedicated to Michael’s obsession with superbike culture. The Michael Jordan Motorsports team was asked to design some Air Jordans for a release, and so they created the Thunder and Lightning that relied on a bright yellow color. Both pairs released in August 23rd, 2006. As we mentioned earlier, 2006 was a very important year for the Air Jordan 4 as it was the first time the model was mass produced for retail. But what made the Thunder and Lightning so unique was that both shoes were released exclusively online to Team Jordan members, and the retail price was more than double the GRs. In comparison the 2006 general releases were priced at $115, the Lightning 4s were a whopping $250 (accompanied by a t-shirt). The Thunder 4s were priced even higher at $500, but those came with a matching zip-up jacket.

The Lightning 4s were an instant hit, although controversial due the price and the mode of release. At the time, most sneakers were purchased in-store, making it impossible for most to purchase the sneakers. But over the span of 15 years, the Lightning Jordan 4s continued to grow in its legend, with resell prices surpassing the $2000 not long ago. Over the last decade, there had been rumors that the Air Jordan 4 Lightning would re-release, almost become a running joke among sneakerheads. The Thunder 4s, as you may know, re-released back in 2012; that in itself suggested a Lightning recurrence.

Aside from its unique release style and the timing of the drop, the Lightning 4s have one of the most recognizable color ways in Jordan Retro history and reminds us of a unique time in Air Jordan history. 2011’s release of the all-yellow Air Jordan 5 Tokyo23 only seemed to heighten its desire, although the Lightnings had no relationship with those super-rare Japan exclusives outside of the color resemblance. The demand for this upcoming August 28th release is astoundingly high, and we predict that the full family sizes will sell out quick. And it goes without saying, the Lightning 4s are one of the must-have sneakers for the back to school shopping season. Good luck on the release; these drop at Jordan retailers globally on August 28th. 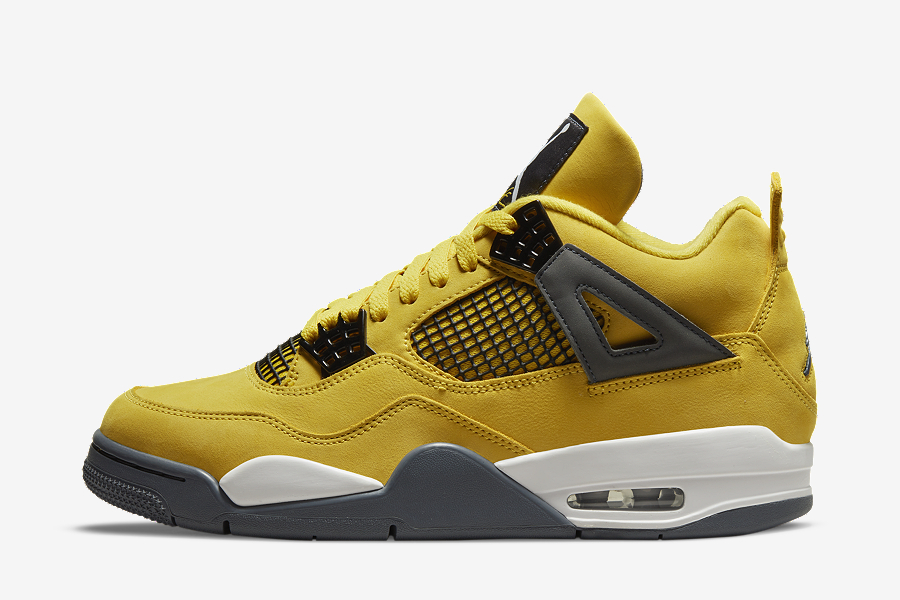 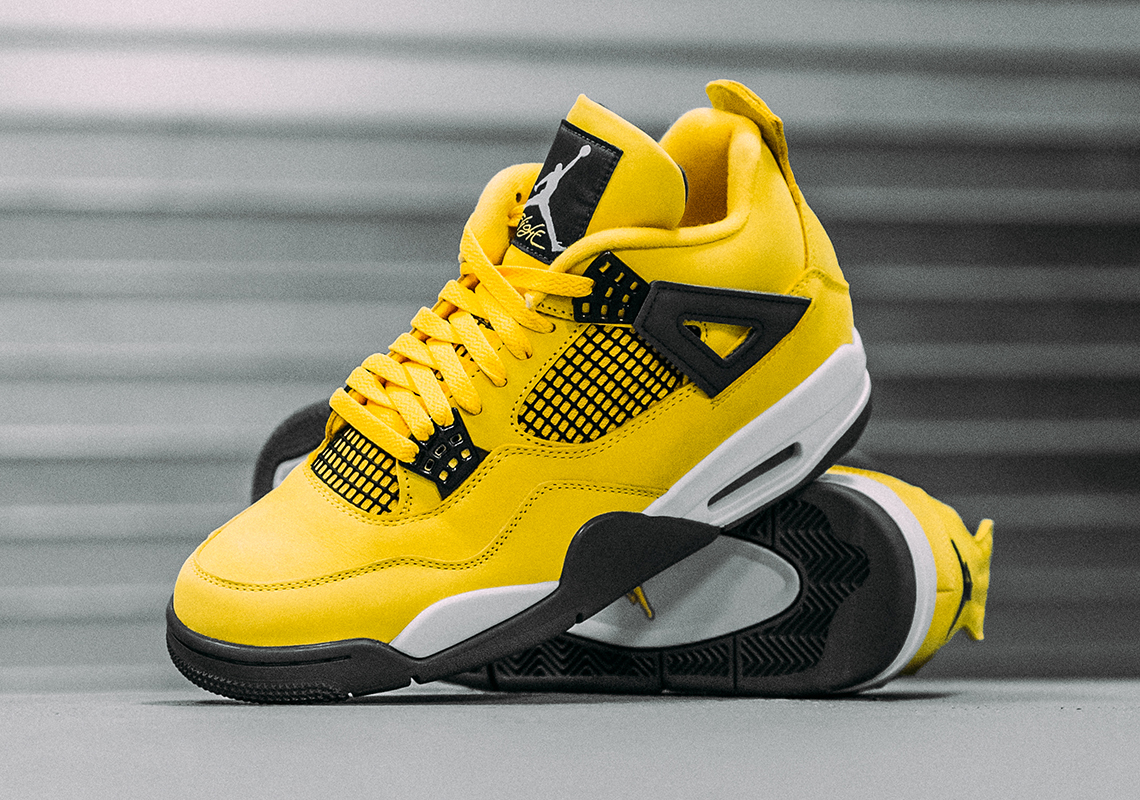 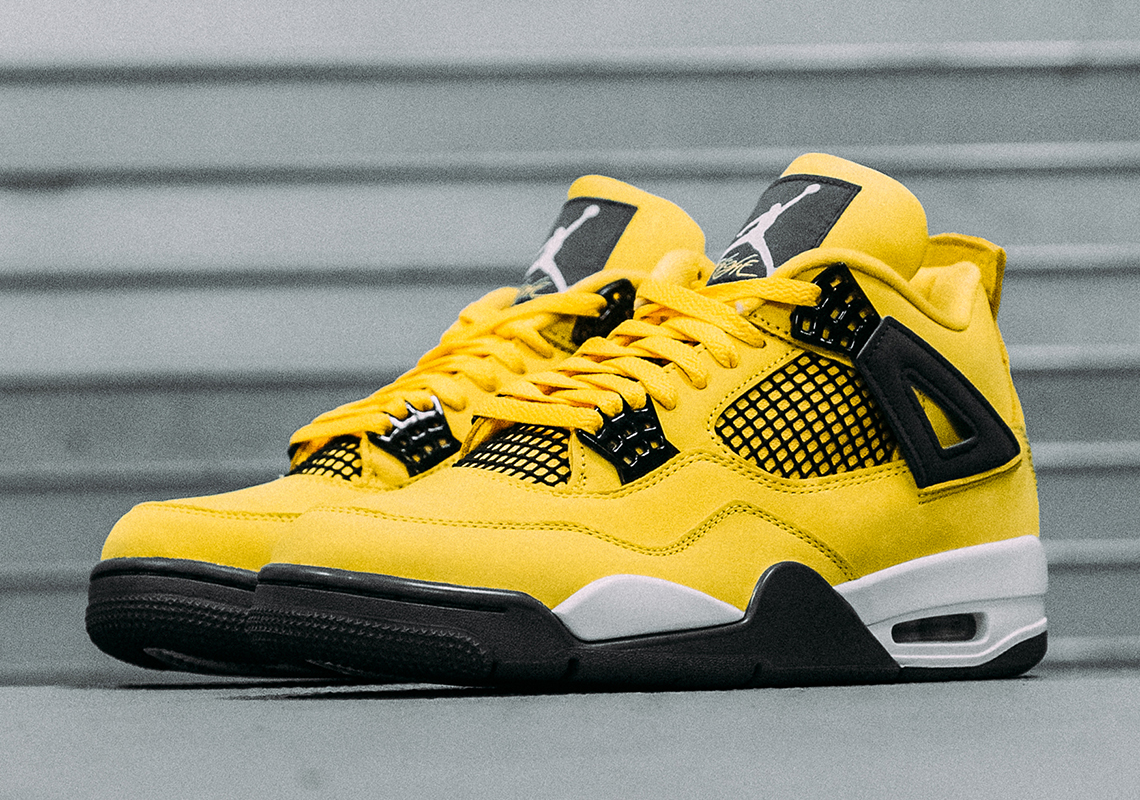 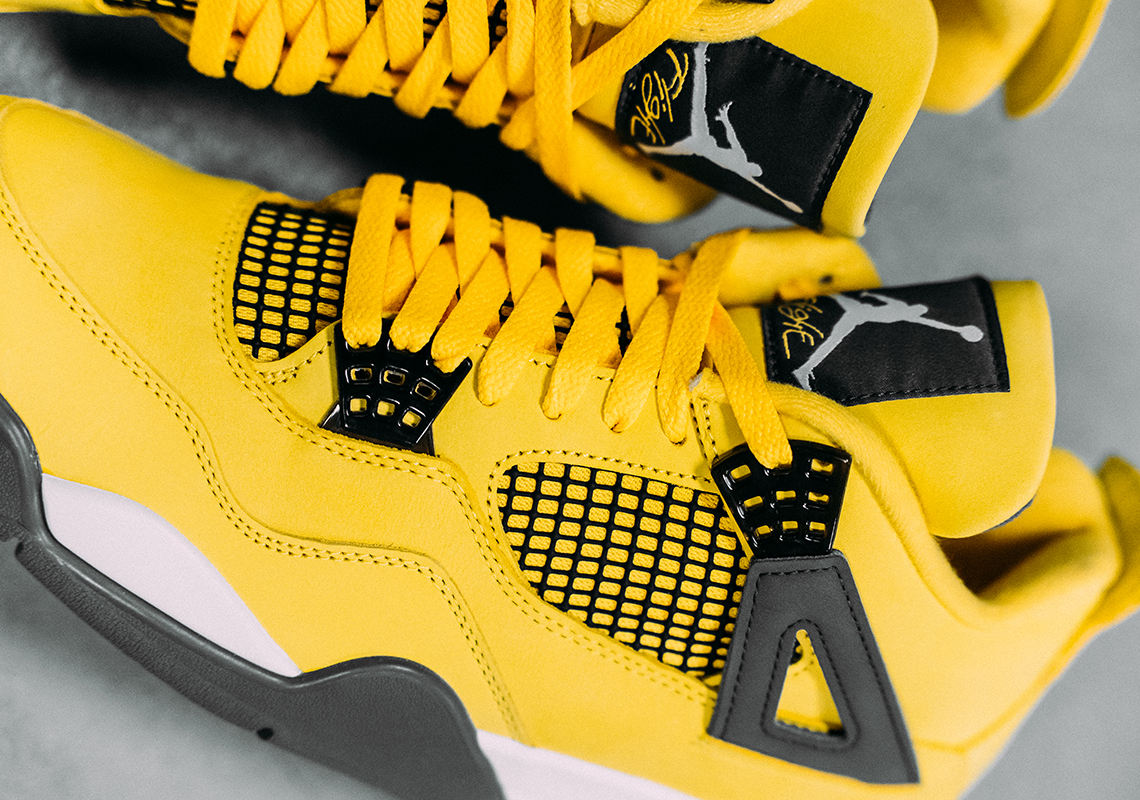 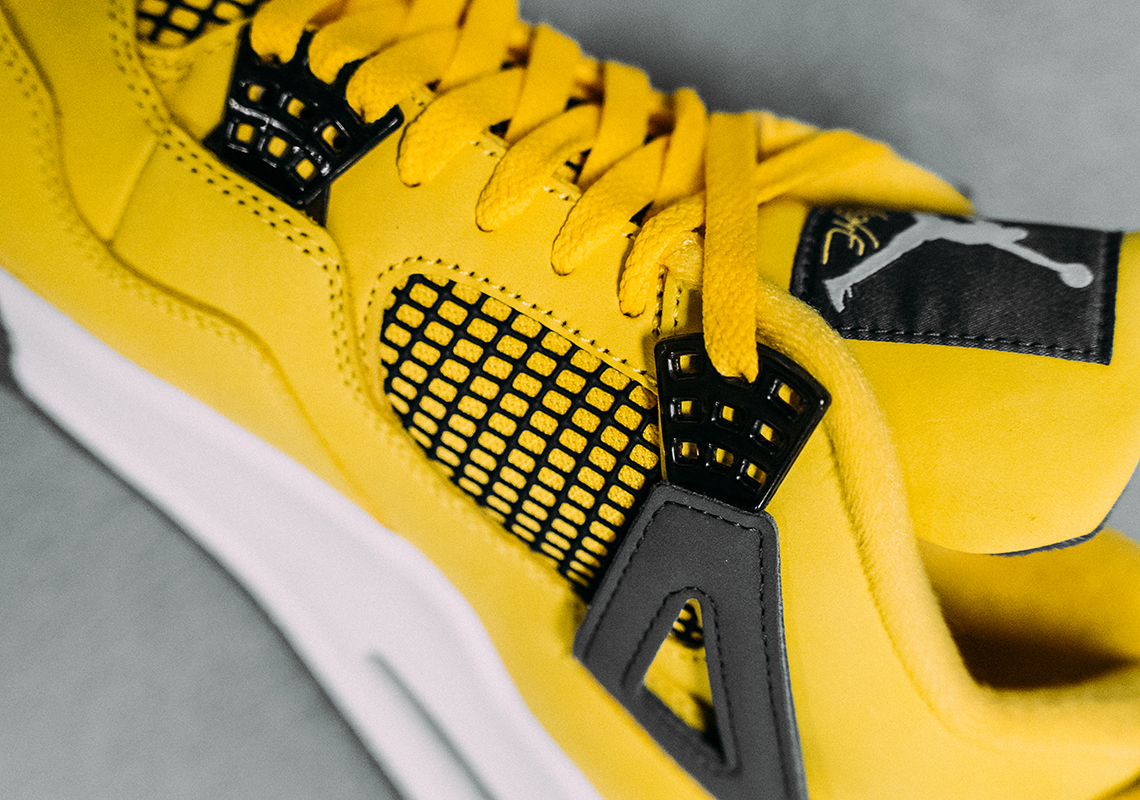 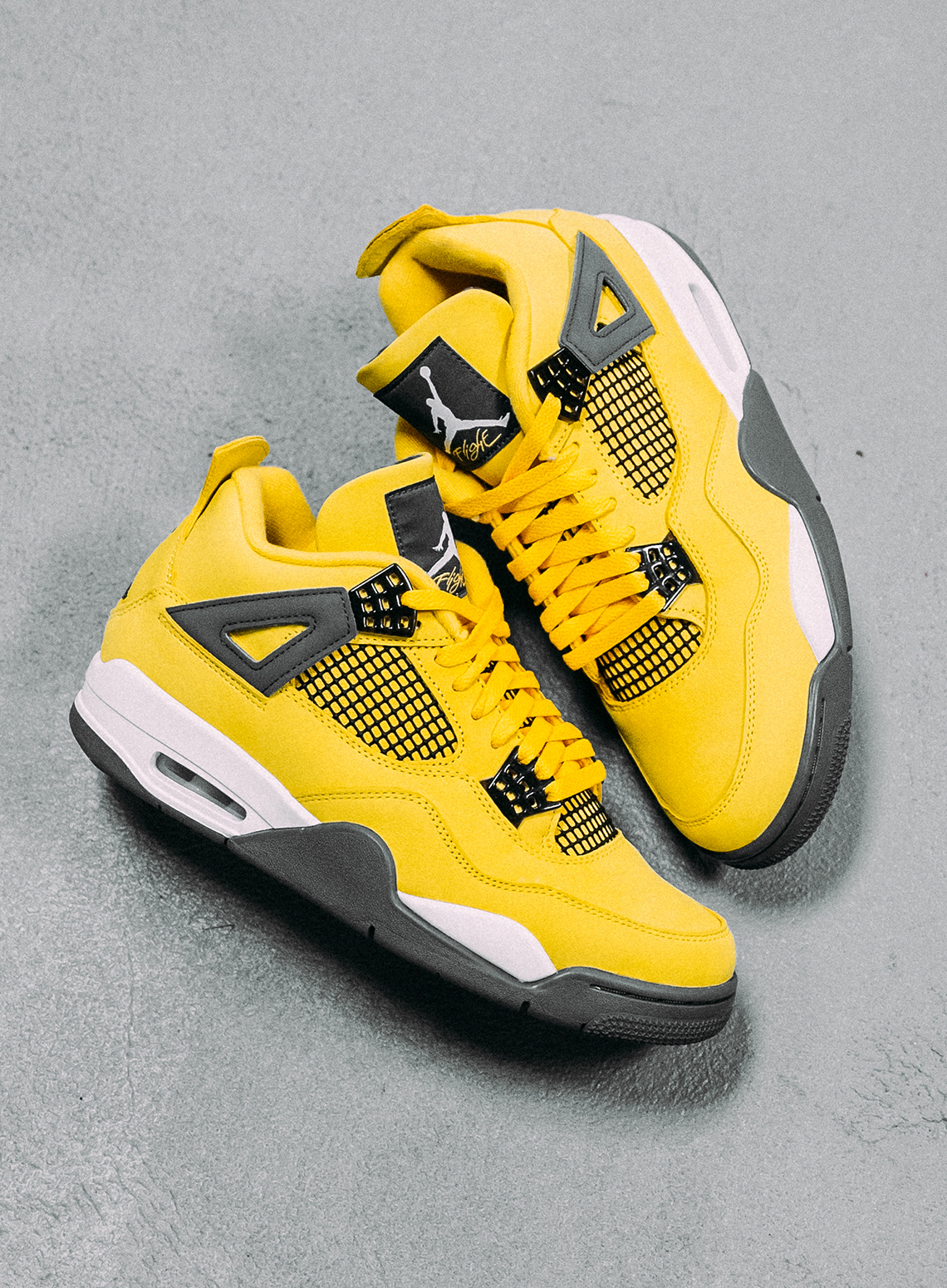 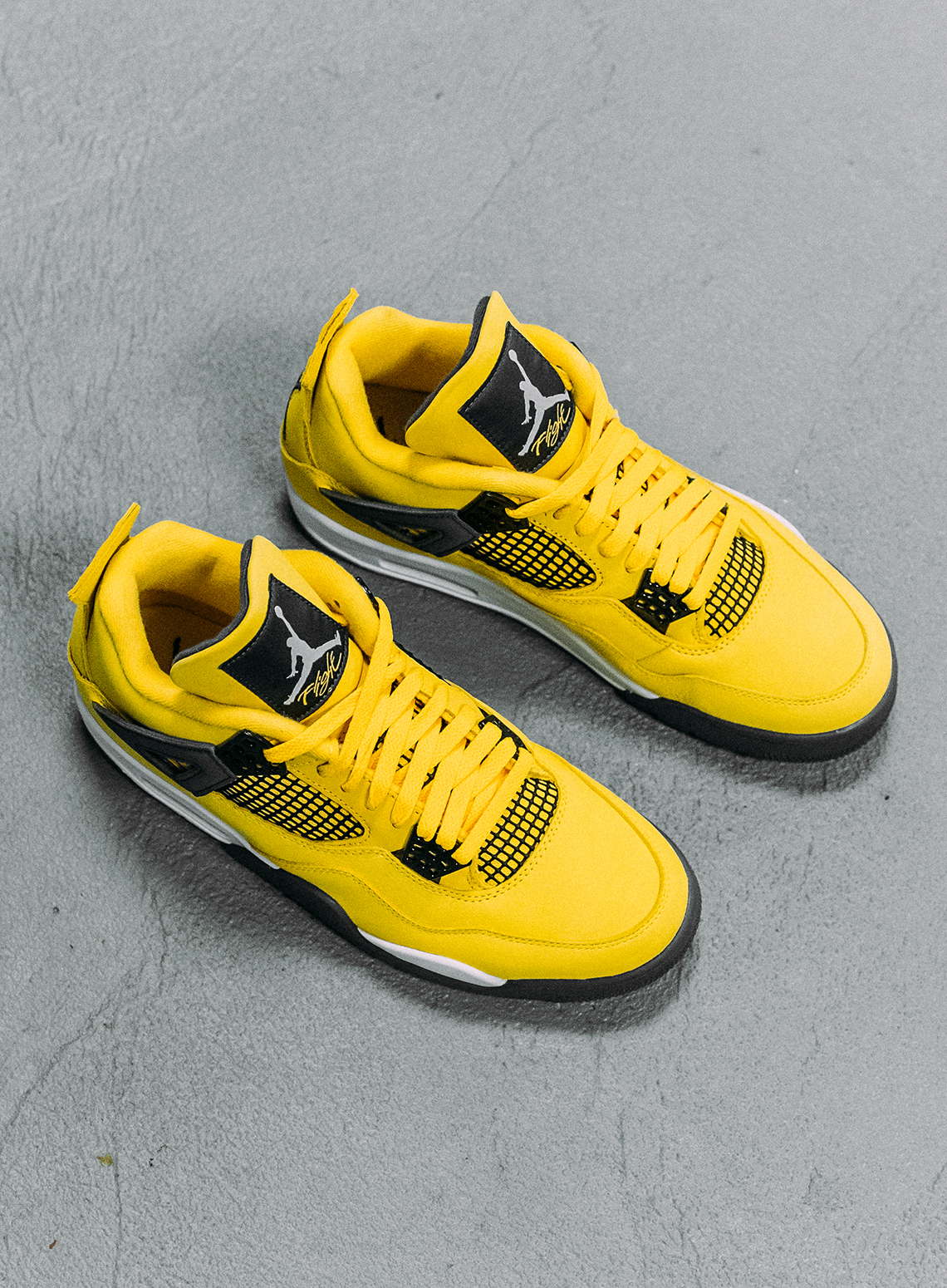 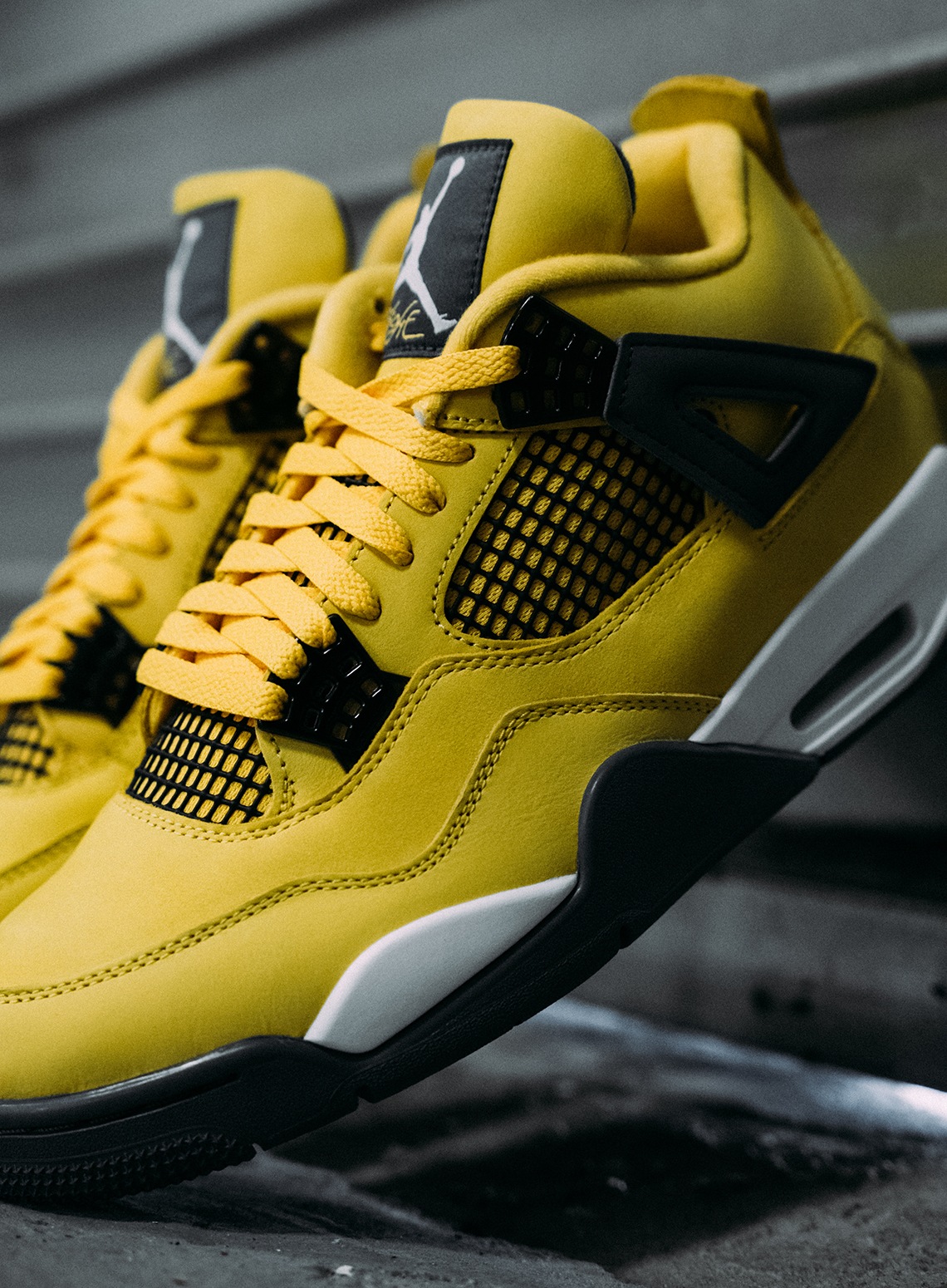 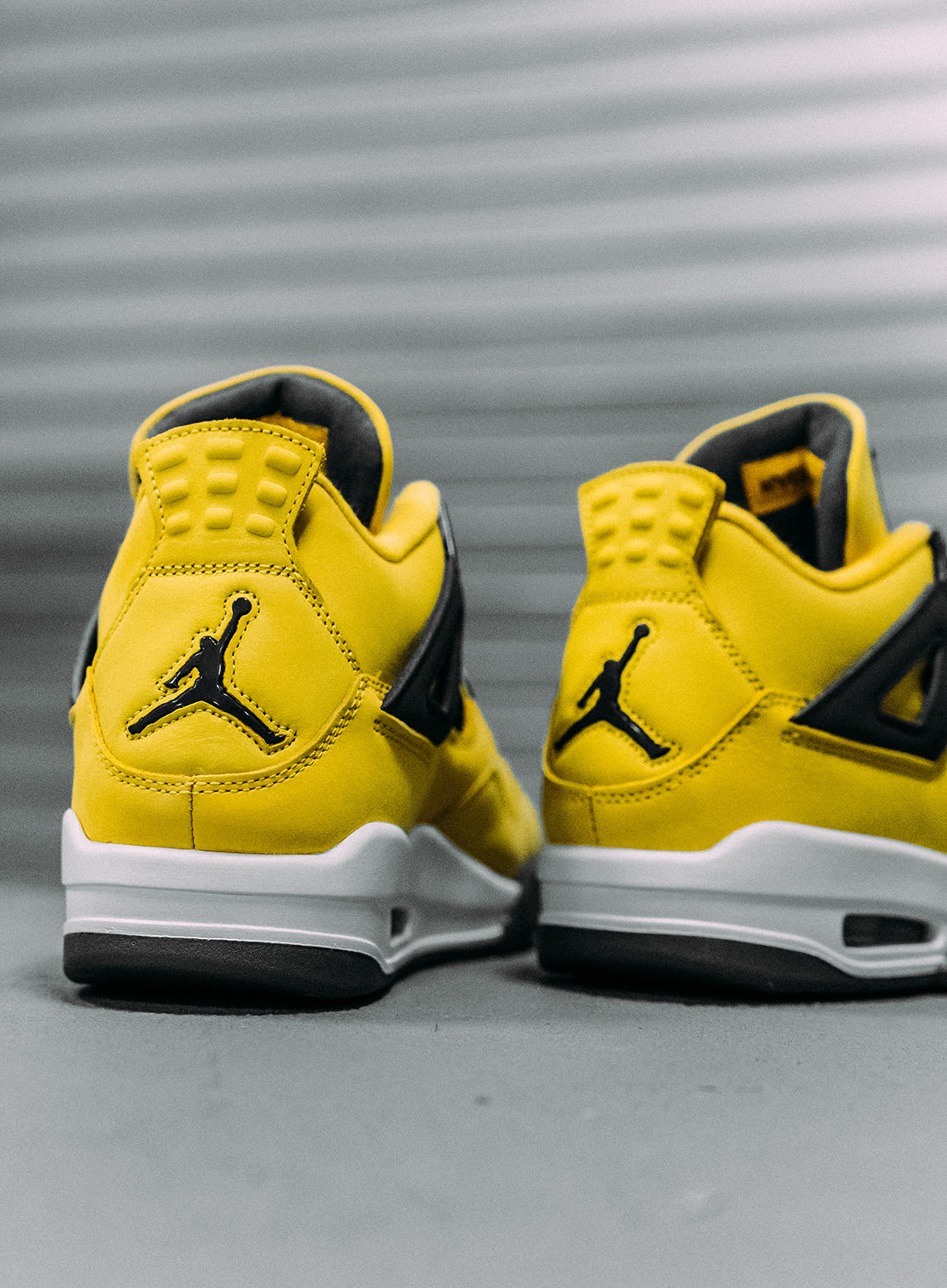 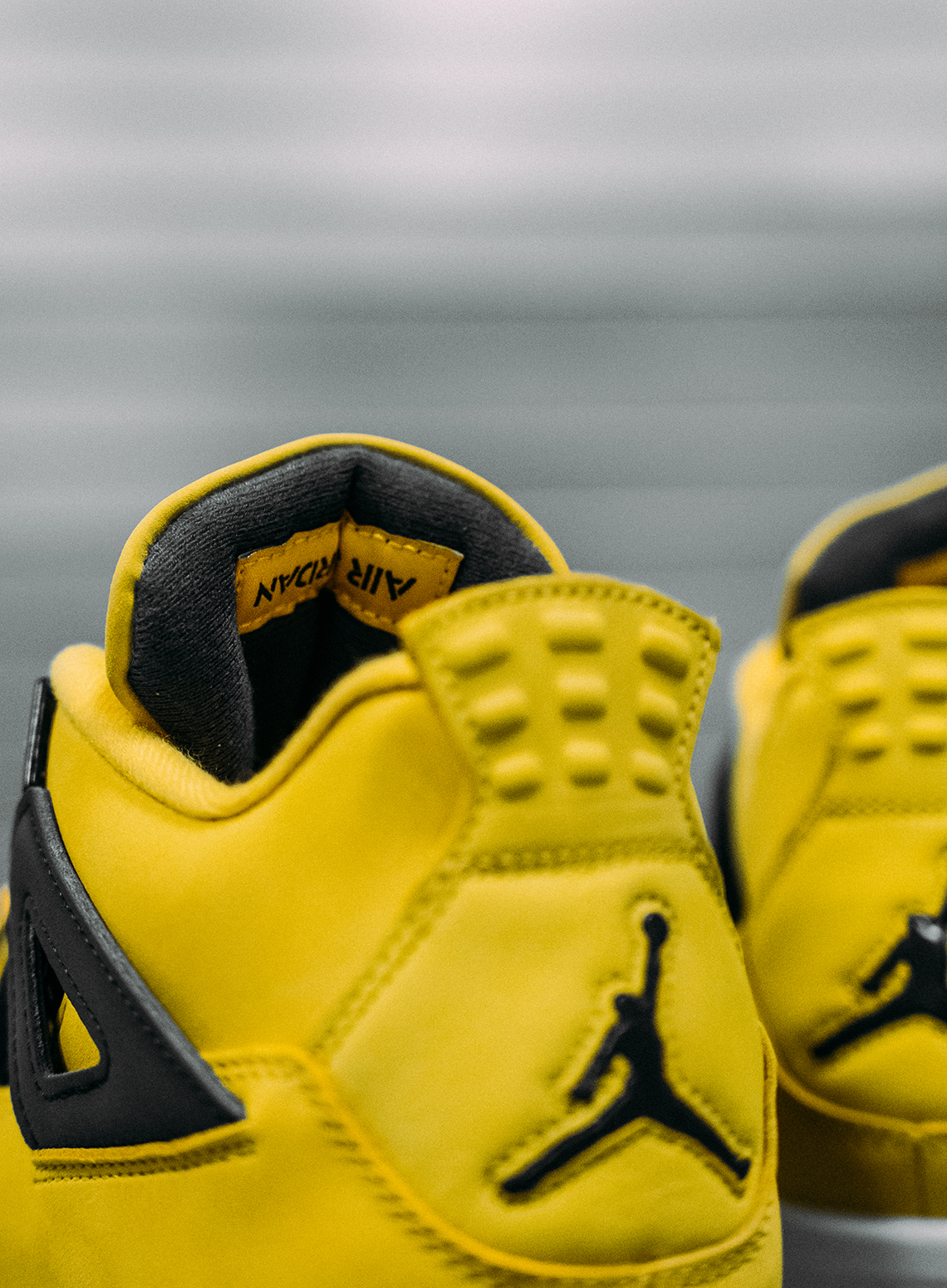 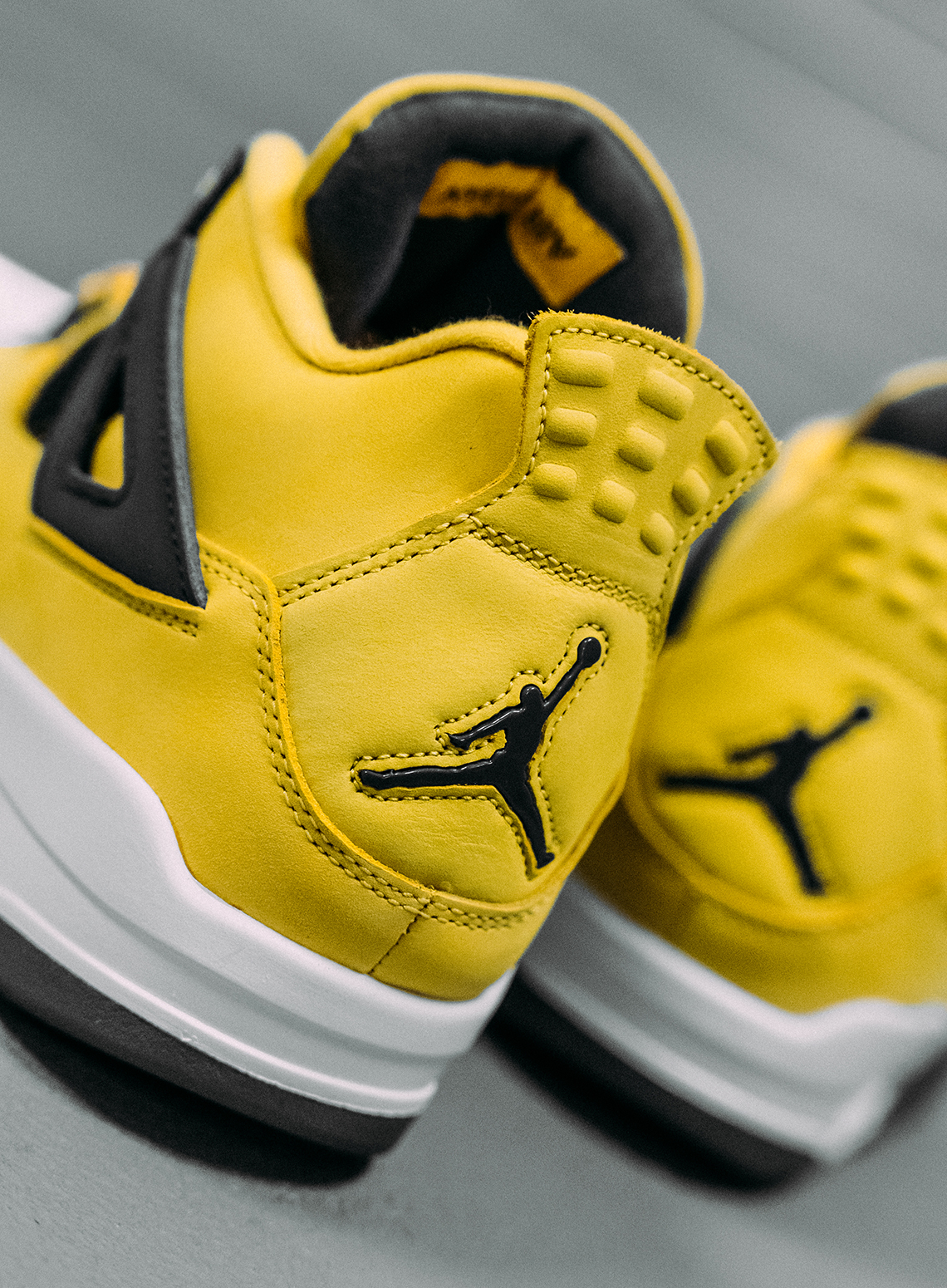 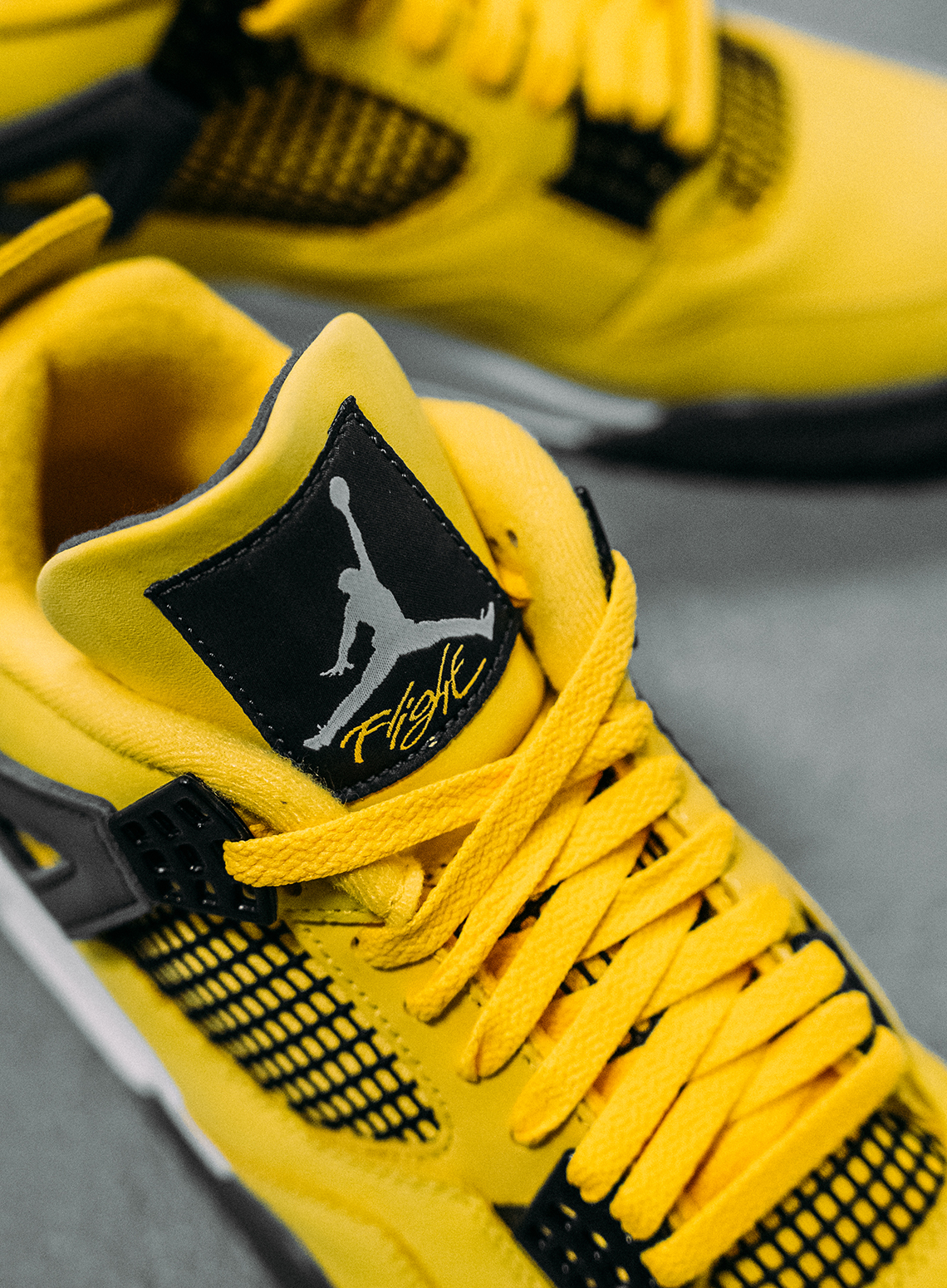