After Two Decades and a D.N.A. Test, Charges Are Dropped in Georgia Killings 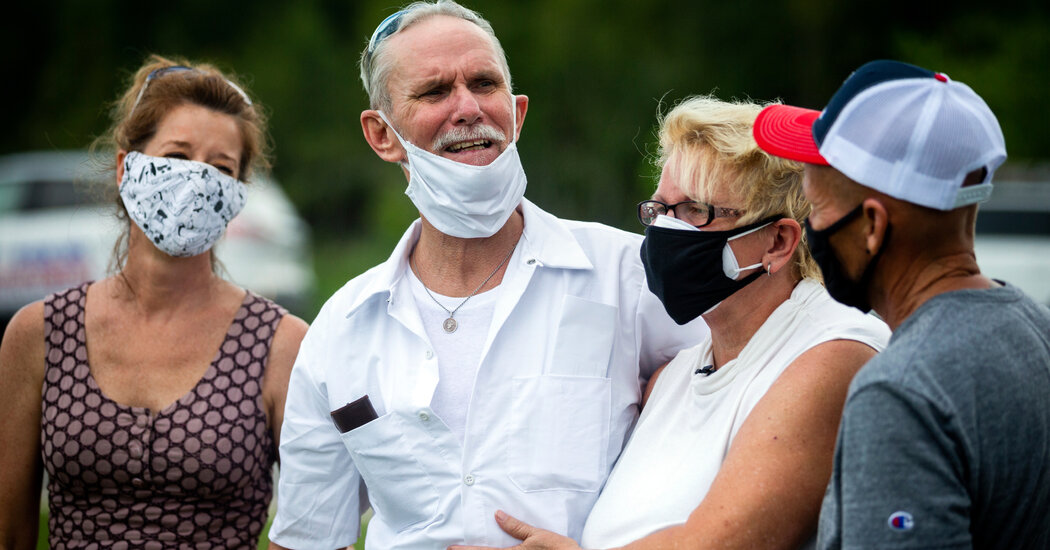 His D.N.A. did not match that from the hair on the glasses.

In 1998, a new sheriff’s deputy took over the investigation into the killings and turned his attention to Mr. Perry, prompted in part by a woman who said she had heard Mr. Perry say that he was going to kill Harold Swain.

Mr. Perry was arrested in 2000. At his trial, prosecutors relied in part on the woman’s testimony, and also on statements that investigators said Mr. Perry had made during unrecorded interviews. According to his lawyers, the jury did not learn that the woman who had testified against him had received $12,000 in reward money.

Mr. Perry was convicted in 2003 of two counts of homicide, and prosecutors agreed not to request the death penalty if Mr. Perry gave up his right to appeal. He did, and was sentenced instead to two consecutive life terms.

“The fact that they sought the death penalty on a case with incredibly weak evidence, and involving extensive misconduct, is an indictment on the death penalty,” said Clare Gilbert, the executive director of the Georgia Innocence Project, which worked on the case for years. “Thank God Dennis Perry wasn’t executed before anybody found this out.”

After Mr. Perry’s conviction, the case continued to draw outside attention. It had been featured on the television show “Unsolved Mysteries” in 1988, and was highlighted on the program again in 2010. In 2018, the case was covered — and investigated — on the third season of “Undisclosed,” a podcast about wrongful convictions, and the law firm King & Spalding began representing Mr. Perry.

In 2020, the case was the subject of an award-winning investigation by The Atlanta Journal-Constitution. That article cast doubt on an alibi that had been used by Erik Sparre, another man who had been investigated in connection with the killings.

The reporting spurred the Georgia Innocence Project to get a hair sample from Mr. Sparre’s mother, to see whether it matched the D.N.A. from the glasses closely enough to suggest that a relative of hers had been at the church on the night of the killings.