Afghan Interpreter for US Army Is Beheaded by Taliban; Others Fear Being Hunted Down Too 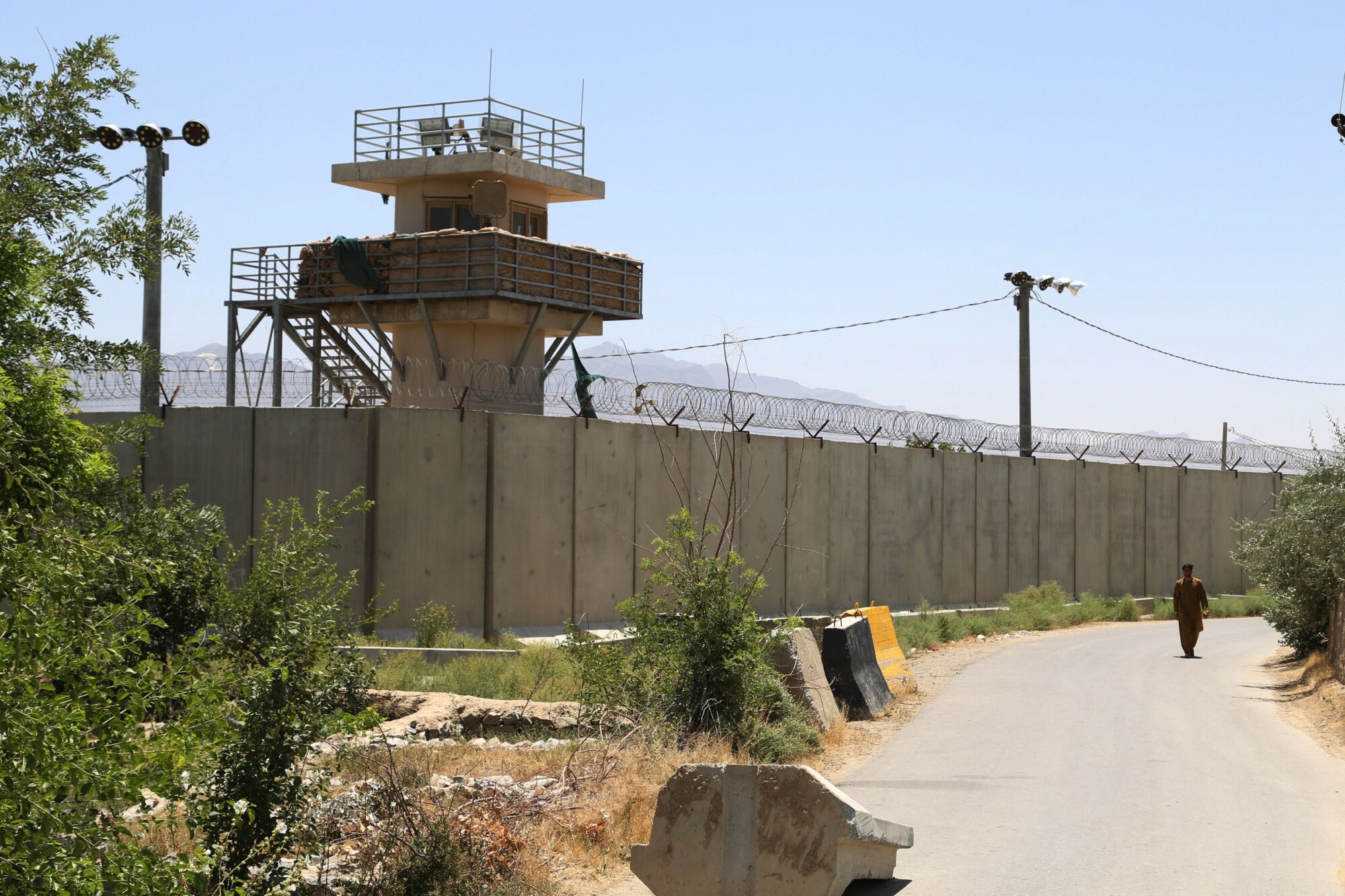 Sohail Pardis was driving from his home in Afghanistan’s capital Kabul to nearby Khost province to pick up his sister for the upcoming Eid holiday celebrations to mark the end of Ramadan.

It was supposed to be a happy occasion enjoyed with family. But during the five-hour trip on May 12, as Pardis, 32, drove through a stretch of desert, his vehicle was blocked at a checkpoint by Taliban militants.

Just days before, Pardis had confided to his friend that he was receiving death threats from the Taliban, who had discovered he had worked as a translator for the United States Army for 16 months during the 20-year-long conflict.

“They were telling him you are a spy for the Americans, you are the eyes of the Americans and you are infidel, and we will kill you and your family,” his friend and co-worker Abdulhaq Ayoubi told CNN.

As he approached the checkpoint, Pardis put his foot on the accelerator to speed through. He was not seen alive again.

Villagers who witnessed the incident told the Red Crescent the Taliban shot his car before it swerved and stopped. They then dragged Pardis out of the vehicle and beheaded him.

Pardis was one of thousands of Afghan interpreters who worked for the U.S. military and now face persecution by the Taliban, as the group gains control of wider swaths of the country.

In a statement issued in June, the Taliban said it would not harm those who worked alongside foreign forces. A Taliban spokesperson told CNN that they were attempting to verify the details of the incident but said some incidents are not what they are portrayed to be.

But those who spoke to CNN said their lives are now under threat as the Taliban launch revenge attacks following the U.S. withdrawal from Afghanistan. At the height of the war, there were about 100,000 U.S. troops in the country, as part of a NATO force.

“We can’t breathe here. The Taliban have no mercy on us,” Ayoubi said.

Around 18,000 Afghans who worked for the U.S. military have applied for a Special Immigrant Visa program that would allow them to go to the United States.

On July 14, the White House said it was launching, “Operation Allies Refuge,” an effort to relocate the thousands of Afghan interpreters and translators who worked for the United States and whose lives are now at risk. The evacuation will begin in the last week of July for Special Immigrant Visa (SIV) applicants already in the pipeline, White House press secretary Jen Psaki said in a briefing.

Previously, the Biden administration said it was in talks with a number of countries to act as safe havens until the United States can complete the long visa process, a clear sign the government is well aware of the looming threat posed by the Taliban.

Pentagon spokesperson John Kirby said on Wednesday that the Defense Department “is considering options” where Afghan nationals and their families could potentially go.

“We’re still examining possibilities for overseas locations to include some departmental installations that would be capable of supporting planned relocation efforts with appropriate temporary residences and supporting infrastructure,” Kirby said.

Pardis left behind a 9-year-old daughter whose future is now uncertain. She’s being cared for by his brother, Najibulla Sahak, who told CNN they had to leave their home in Kabul for their safety, fearing they would be targeted next.

Speaking from his brother’s gravesite, on a barren hillside among rocks, tumbleweeds, and flags, Sahak said they are not safe.

“I’m so worried about the safety of my family. There’s not much work in this country, and the security situation is very bad,” he said.

The translators and those interviewed in the story agreed to be named because they believe their identities are already known to the Taliban and are actively being hunted. They feel international exposure is their last and only option to avoid being killed.

Those Left Behind Fear Reprisals

After 16 months working for the United States, Pardis was terminated in 2012 after failing a routine polygraph, or lie detector, test. He was looking for a way out of Afghanistan but didn’t qualify for the Special Immigrant Visa because of his termination, his friend Ayoubi said.

The translators CNN spoke to said polygraph tests were usually used for security clearance to access U.S. bases in Afghanistan. They were also used as part of the screening process to apply for the visa, they said. Pardis was never told why he failed the polygraph.

The screenings were conducted by a contracted company, the translators said, and they took issue with some of the questions posed and believed them to not be reliable.

CNN reached out to the U.S. Department of Defense which directed questions about the use of polygraphs and visa process to the State Department.

There are hundreds of Afghan translators who had their contracts terminated for what they say was an unjust cause. And while the U.S. government said it won’t be reviewing those cases, the translators CNN spoke to fear if they stay in Afghanistan they will suffer the same fate as Pardis.

Abdul Rashid Shirzad is one of them. He served for five years as a linguist working alongside America’s military elite, translating for U.S. Special Forces.

He showed CNN photographs of his time on missions in the Kejran Valley in Uruzgan province working with the U.S. Navy’s SEAL Team 10. But according to Shirzad, his service has now amounted to a death sentence. The U.S. government rejected his Special Immigrant Visa, and he said that’s made him a target for the Taliban.

“If they catch me they’re going to kill me, kill my kids and my wife too. It’s payback time for them you know,” he said.

The father of three said his contract with the U.S. military was terminated in 2014 after he also failed a polygraph test. He had applied for his visa the year before.

But Shirzad’s letters of recommendation from SEAL commanders, seen by CNN, reflect a translator who went above and beyond duty. They describe him as a “valuable and necessary asset” who “braved enemy fire” and “undoubtedly saved the lives of Americans and Afghans alike.”

Shirzad said he was excited to work with the Americans, and became a lead liaison between U.S. and Afghan Special Forces. One recommendation letter for the visa, from a U.S. commander, described how Shirzad took part in 63 “high-risk direct action combat missions” and was “vital” to the success of his team’s operations. It detailed how he helped the recovery of a team member who was caught in a blast and left with life-threatening injuries.

Shirzad said he has no idea what he did wrong and never received an explanation for his termination. His visa rejection letter from the U.S. Embassy stated “lack of faithful and valuable service.”

“If we had peace in Afghanistan, if I had not served the U.S. military, if the Taliban were not after me, I would never leave my country,” he said.

Shirzad cannot go back to his home province and moves locations with his family every month.

Cuddling their youngest child, his wife said they are terrified of being caught by the Taliban.

“We are very scared. My husband and children’s future are in danger,” she said. “My husband was working with them and he put his life in danger and now I want Americans to save my husband from danger.”

Translators Feel America Has Abandoned Them

A U.S. Embassy spokesperson in Kabul said they were “actively working on every possible contingency to make sure that we can help those who have helped us.”

“We have long said we are committed to supporting those who have helped U.S. military and other government personnel perform their duties, often at great personal risk to themselves and their families,” the spokesperson said.

“To be clear, our embassy in Kabul will continue to operate after our forces draw down. SIV processing will continue, including for those individuals who remain in Afghanistan, and we will continue to surge resources to process applications to the fullest extent possible.”

The vetting process for visas is lengthy and complex, and every applicant is assessed on whether they pose a risk to U.S. national security, according to the SIV Program Quarterly report. There are also numerous reasons why visa applications are rejected, including those who don’t qualify due to the nature of their employment or not having enough time in the job.

The U.S. Embassy spokesperson said visa records are confidential under U.S. law, therefore, they could not discuss the details of individual visa cases. All visa applications are adjudicated on a case-by-case basis, they said.

On July 8, U.S. President Joe Biden pledged to evacuate Afghan interpreters and their families who have worked alongside American troops in Afghanistan.

“Our message to those women and men is clear: There is a home for you in the United States, if you so choose and we will stand with you, just as you stood with us,” Biden said.

But Afghans who have been rejected say they feel America has abandoned them.

Pardis’ friend and co-worker Ayoubi said he also failed a polygraph test and was terminated despite being awarded a medal for helping to save an American sergeant who stepped on a bomb. Like Shirzad, he feels he was unfairly let go and said his chance to move his family to safety has been dashed.

“I thought we would have a beautiful Afghanistan. We never thought of this situation like now,” he said.

“We kindly request President Biden to save us. We helped you and you have to help us.”