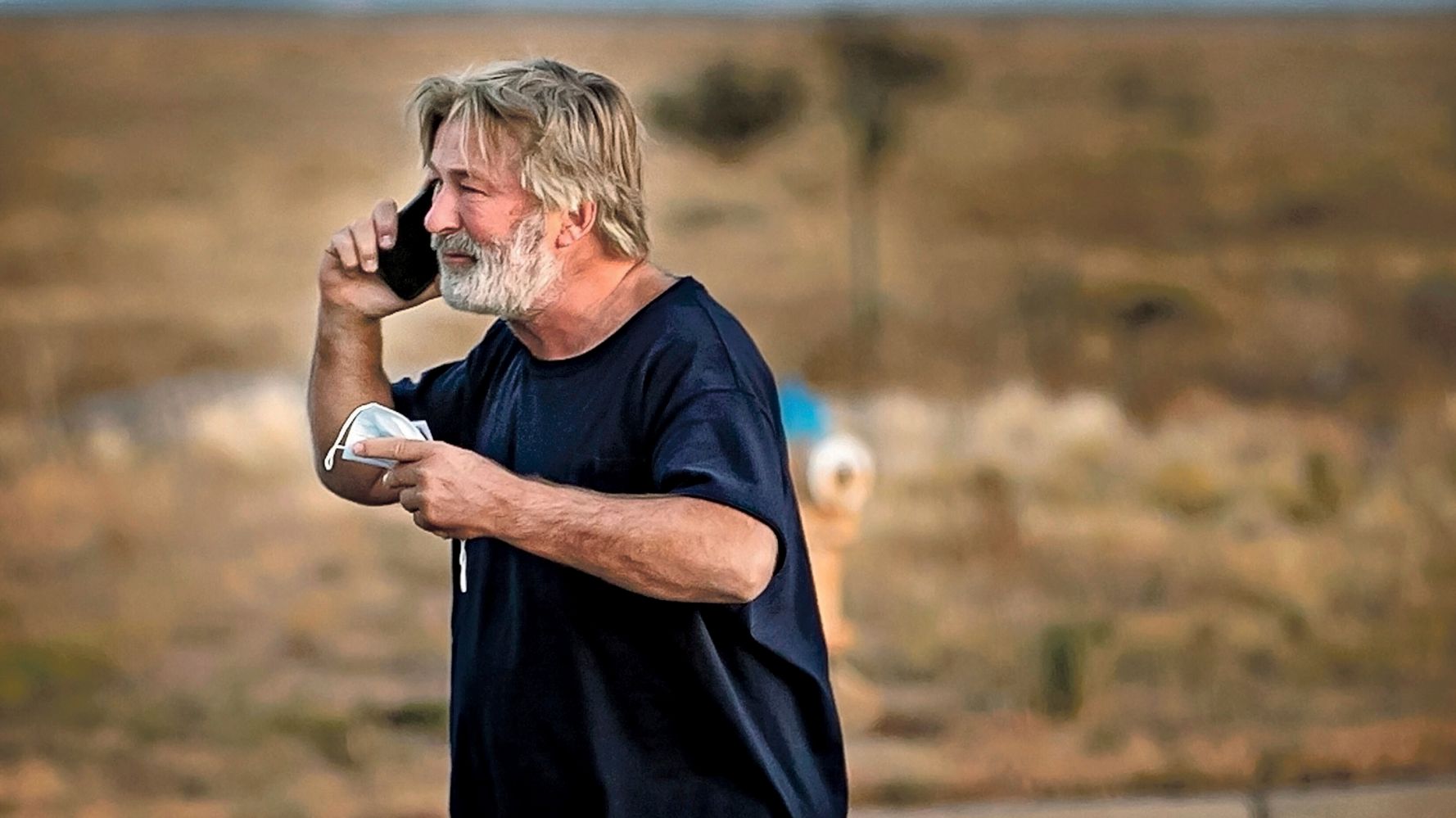 Alec Baldwin was rehearsing a “cross draw” that led him to point a revolver at the camera where cinematographer Halyna Hutchins and director Joel Souza were standing on the “Rust” movie set last week, according to a police search warrant affidavit released Sunday.

Souza told police he then heard a “loud pop” and saw that he and Hutchins were bleeding, the New York Post reported.

Hutchins was fatally wounded and Souza was injured by what turned out to be a loaded gun. The weapon was declared “cold” ― without real bullets ― before Baldwin began practicing with it, Souza said in a police interview, according to the affidavit filed by the Santa Fe Sheriff’s Office.

Baldwin was rehearsing in a faux church pew for a scene in the low-budget Western at Bonanza Creek Ranch in New Mexico, practicing the gun move. Souza was standing over Hutchins’ shoulder.

When the gun went off, Hutchins “began to stumble backwards and she was assisted to the ground,” Souza said, according to the document.

Camera operator Reid Russell told investigators that Souza, who was struck in the shoulder, had blood on him and Hutchins, who was hit in the chest, said she could not feel her legs, Reuters noted.

Russell said that once Hutchins was on the ground, “medics began to treat her injury as she was bleeding while on the floor of the building they were in,” the affidavit said.

Before the shooting, Baldwin was explaining where his arm would be after he drew the gun from a holster, according to the affidavit. Cameras were not rolling at the time, The Associated Press reported.

Russell “was not sure why the firearm was discharged and just remembered the loud bang from the firearm,” the document stated.

No charges have been filed. Investigators haven’t determined how live ammunition was loaded into a prop gun and declared “cold.”

At least six members of the “Rust” crew had walked off the set hours before the shooting to protest various issues, including safety.