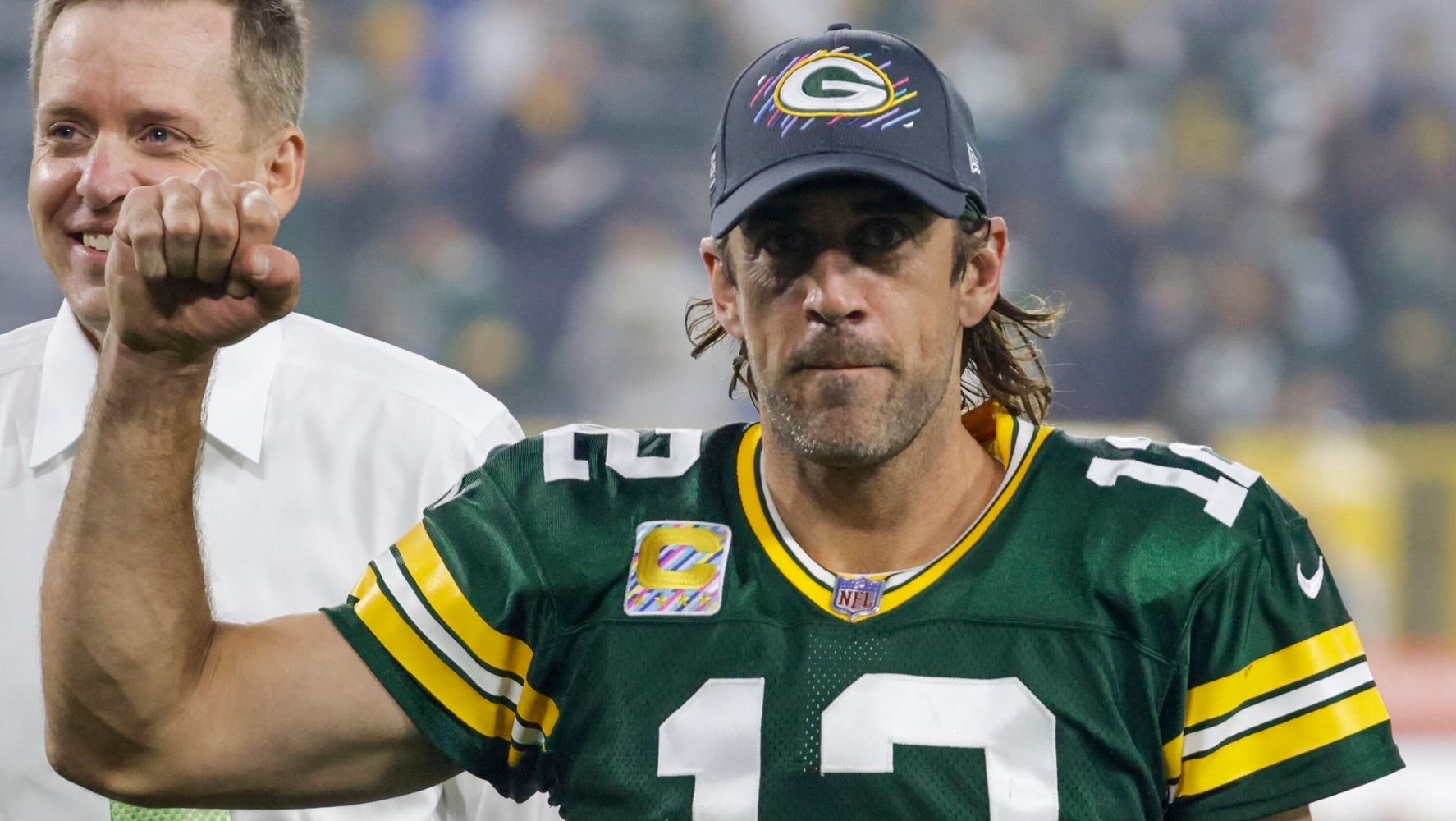 Aaron Rodgers may be on to something. The Green Bay Packers quarterback opened up on the “The Pat McAfee Show” Tuesday about his team’s season coming to an end over the weekend. The Packers missed out on their chance of playing in Super Bowl LVI when they lost to the San Francisco 49ers on Saturday.

According to Packers Wire, almost 37 million people tuned in to the playoffs game, and Rodgers believes a good chunk of those viewers were straight-up haters.

“There were a ton of people tuning in, rooting against us, for one reason and one reason only,” Rodgers told McAfee on his radio show. “It’s because of my vaccination status, and them wanting to see us lose so they could pile on and enjoy and revel in the fact that my vaccination status was some sort of reason why we haven’t had success in the playoffs.”

Plenty of people on Twitter appeared to relish in watching the Packers lose over the weekend, and their reasoning didn’t seem to be because they’re diehard 49ers fans.

With all that good karma Aaron Rodgers built up this year, surprised to see him knocked out of the playoffs so fast.

They followed his lead and lost bigly.

I had this crazy dream that Aaron Rodgers lost and the country joined in coast to coast celebration.

Rodgers has experienced a swift fall from grace in the past year. Initially the 38-year-old football player seemed to be on a roll in the public’s eye. Early in 2021, Rodgers announced his engagement to “Big Little Lies” star Shailene Woodley and had a 10-episode run as a guest host on “Jeopardy!”

But his public image quickly shifted when his views on vaccines came to light. After lying to reporters about his vaccination status, he caught COVID-19 in November 2021. Later that month, he went on McAfee’s show to insist he wasn’t an “anti-vax flat-earther,” but unleashed a stream of false information, which also included the daunting admission that he was seeking advice from the controversial comedian Joe Rogan — who also caught COVID-19.

In December, when President Joe Biden encountered a woman wearing a Packers jacket during a visit to tornado-ravaged Kentucky, he urged her to tell Rodgers to get the vaccine. Rodgers apparently didn’t appreciate Biden’s comment and decided to blast the president in an ESPN piece published on Friday — the day before the Packers’ playoff game.

“When the president of the United States says, ‘This is a pandemic of the unvaccinated,’ it’s because him and his constituents, which — I don’t know how there are any if you watch any of his attempts at public speaking — but I guess he got 81 million votes,” the NFL star told ESPN.

“But when you say stuff like that, and then you have the CDC, which — how do you even trust them — but then they come out and talk about 75% of the COVID deaths have at least four comorbidities,” he continued. “And you still have this fake White House set saying that this is the pandemic of the unvaccinated. That’s not helping the conversation.”