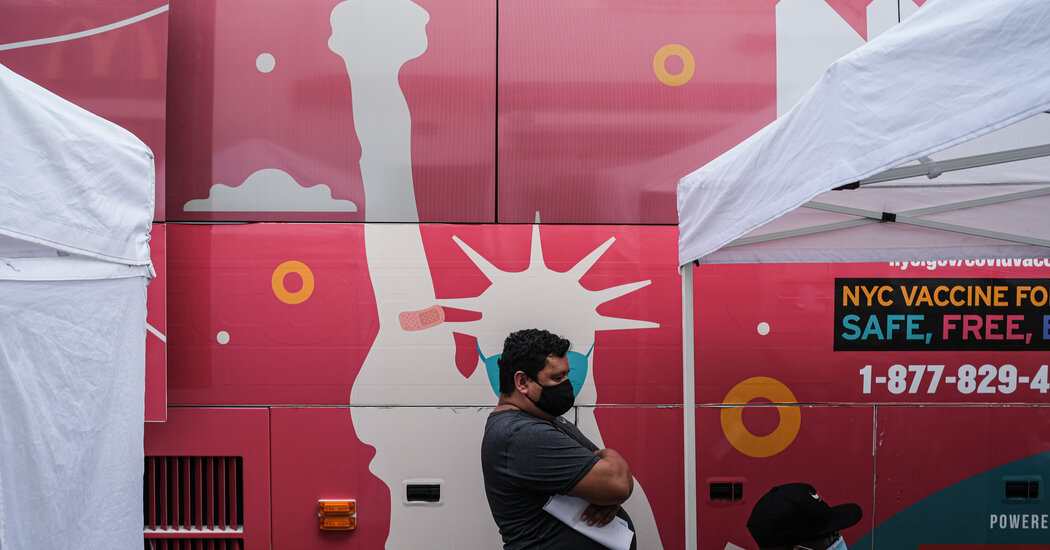 There is water, water everywhere around New York, from the Atlantic Ocean to narrow little creeks. There is also water underground, in streams that were buried as streets and sewer pipes were laid and buildings went up.

Now the city is looking to bring one subterranean stream back to the surface as part of an ambitious green infrastructure project.

As my colleagues Winnie Hu and James Thomas explain, one goal is to prevent another flood like the one after Hurricane Ida, when the stream in question — Tibbetts Brook in the Bronx — poured onto the Major Deegan Expressway, stranding dozens of cars, buses and trucks. Another goal is to reduce pollution in the Harlem River from sewer overflows.

The $130 million project would unearth Tibbetts Brook, an engineering feat known as “daylighting.” Environmentalists and local activists have campaigned to unearth it for years. A changing climate with more frequent and intense storms is now making it necessary. Senator Chuck Schumer, the Democratic majority leader, has said he will work with city officials to arrange funding from the $1 trillion infrastructure deal and federal pandemic relief money.

Submerging Tibbetts Brook did not stop the 2.2 billion gallons of water that it carried every year. The water went into the same pipes that carry household sewage and rainwater runoff on their way to wastewater treatment plants. And when the remnants of Ida overwhelmed the pipes in September, the brook found its way onto the Major Deegan and “made us an international symbol of what happens when the city doesn’t prepare for flooding,” said Robert Fanuzzi, the president of the Bronx Council for Environmental Quality, an advocacy group.

There is nothing new about resurrecting long-buried waterways. Cities from Auckland, New Zealand, to Detroit to Seoul have looked into peeling back pavement and exposing creeks and streams to help with the twin crises of outdated infrastructure and climate change, according to Jenny Hoffner, a vice president for conservation strategies for American Rivers, an advocacy group.

The plan to daylight Tibbetts Brook involves rerouting it above ground for one mile, part of the way along a new greenway on a former railroad right-of-way. Taking the brook out of the sewer system would reduce combined sewer overflows in the Harlem River by 25 percent, or by 220 million gallons annually, according to the city. “It makes this one of our most cost-effective projects,” said Angela Licata, a deputy commissioner at the city’s Department of Environmental Protection.

So You Think You’re a Covid Expert (but Are You?)

So You Think You’re a Covid Expert (but Are You?)

What Makes Quitting So Contagious?