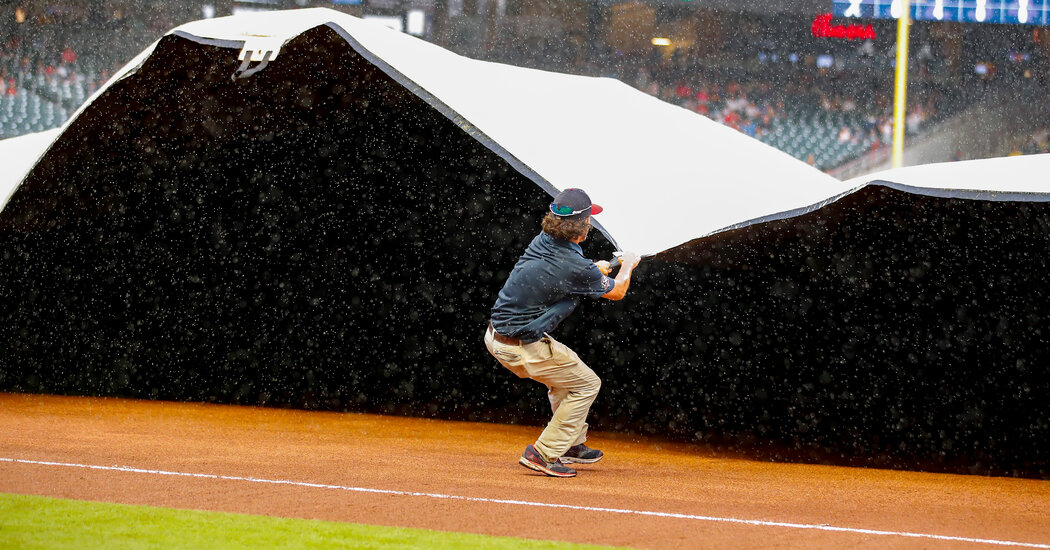 An unusually wet spring and early summer across much of the Southeastern United States has soaked the ground and swollen rivers, leading to an increase in flash floods from heavy rains and thunderstorms.

Cities across the Southeast, including Atlanta, New Orleans, Raleigh, N.C., and Biloxi, Miss., have recorded more than 150 percent of their normal rainfall for this time in the summer, according to the private forecasting service AccuWeather.

Storms are expected to bring more rain to parts of Georgia and the Carolinas over the weekend and early next week. Chrissy Anderson, a National Weather Service meteorologist who covers the Southern region, said a low-pressure system over southern Georgia is expected to make its way to the Atlantic Ocean on Friday, where there is a 30 percent chance it could become a tropical storm over the next few days.

“If anything develops, it will be very weak and disorganized,” Ms. Anderson said.

The Atlantic hurricane season has seen a lull since Tropical Storm Elsa cut across Cuba and moved up the Gulf Coast of Florida and into the Northeastern United States two weeks ago, flooding roads and subway stations in the New York region and beyond.

But forecasts do not expect that lull to continue. Hurricane season typically sees an uptick in late summer and early fall, when ocean temperatures are at their warmest. Last year saw a record 30 named storms in the Atlantic, including 14 hurricanes and seven major hurricanes. This year’s official outlook calls for an above-normal season, in the range of 13 to 20 named storms and six to 10 hurricanes.

Although the impact of climate change on any individual storm is difficult to determine, the United States and other parts of the world have seen an increase in heavy rain and flooding as temperatures rise. One basic reason is that warmer air holds more moisture. And the frequency of extreme downpours is likely to increase as global warming continues.