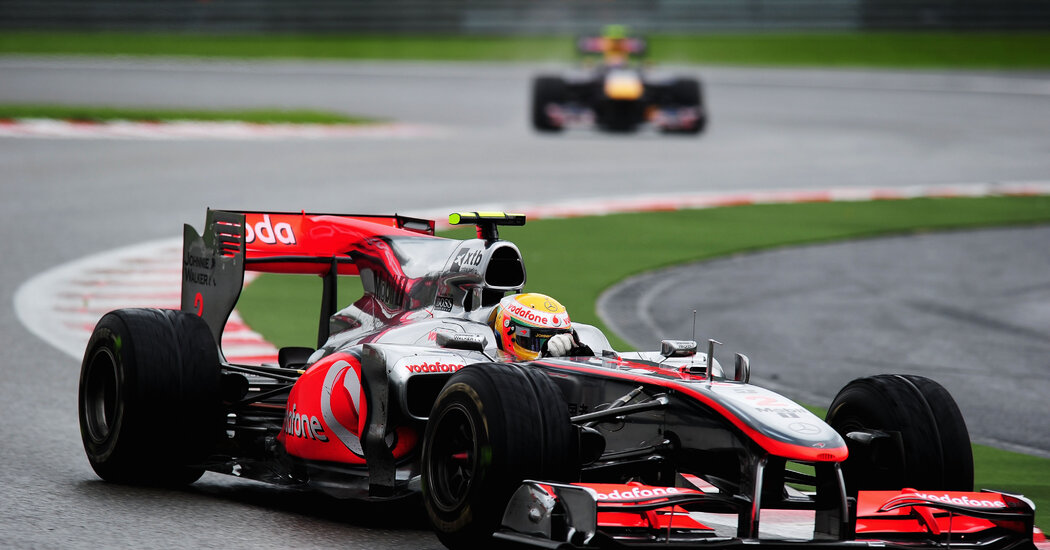 For the first time, a car driven by the seven-time Formula 1 champion Lewis Hamilton of England is being offered at auction. The McLaren MP4-25A will be sold by RM Sotheby’s on Saturday at the Silverstone track during the British Grand Prix weekend.

The car has a presale estimate of $5 million to $7 million.

Hamilton drove the car in 2010, winning three Grands Prix, in Turkey, Canada and Belgium. He finished fourth in the drivers’ standings, 16 points behind Sebastian Vettel of Red Bull.

“No Lewis Hamilton Formula 1 car has come on to the public market before, and the fact it’s a race-winning car adds to the interest around it,” said Peter Haynes, RM Sotheby’s public relations and marketing director.

“It’s a British car that was driven by a British driver being sold at a British Grand Prix. All of those things dovetail together nicely.”

The car has been owned for several years by someone with a “particularly close relationship with McLaren,” Haynes said. Because of a confidentiality agreement, the company would not disclose the name of the owner.

RM Sotheby’s has worked with Formula 1 to provide the setting for the auction. On Saturday, the car will be driven around the track by Mika Hakkinen, who won two titles with McLaren, in 1998 and 1999.

“With a unique proposition like this we owed it to ourselves to find an interesting way to sell it,” Haynes said. “The easiest thing would have been to put it in a conventional auction and have it on a plinth while the auctioneer does his thing.”

RM Sotheby’s conducted an auction on the starting grid of the Yas Marina Circuit in Abu Dhabi before the 2019 Grand Prix. The company sold a Ferrari F2002, driven by Michael Schumacher of Germany, for about $6.6 million.

Kate Beavan, director of hospitality and experiences at Formula 1, said the auction at the British Grand Prix would be unique.

“We wanted to go even bigger at Silverstone and try something that’s never been done before,” she said.

Formula 1 has set up a live broadcast feed to the auction, which will include shots from inside the car and on the track.

“As well as making a little bit of history, it will be a great piece of theater for the fans and for car enthusiasts everywhere,” Beavan said. “It has been a new challenge for us to tackle, but that’s no reason not to try and pull it off.”

Engineers and technicians from the IndyCar and Heritage department of McLaren Racing have prepared the car for the auction.

Mark Grain, the director of the department, worked on the car as assistant chief mechanic in 2010. “This car has a lot of fond memories for me,” he said. “It really turned heads when we rolled it out because it was quite innovative.

“My fondest memory is the Turkish Grand Prix, ourselves against Red Bull. We couldn’t believe it when the Red Bulls took each other out of the race, leading to a McLaren one-two. Quite an iconic moment for this car, and a memorable one in Formula 1 history.”

Haynes said the auction of a Hamilton car was different, compared with the sale of a car driven by Ayrton Senna, the Brazilian driver who died in 1994, or by Schumacher, because Hamilton was “still in the public arena.”

“Because Hamilton cars are always going to be incredibly difficult to obtain, this is an opportunity for somebody to buy a car that’s won a race by the man that’s probably going to remain history’s most successful Formula 1 driver,” he said.