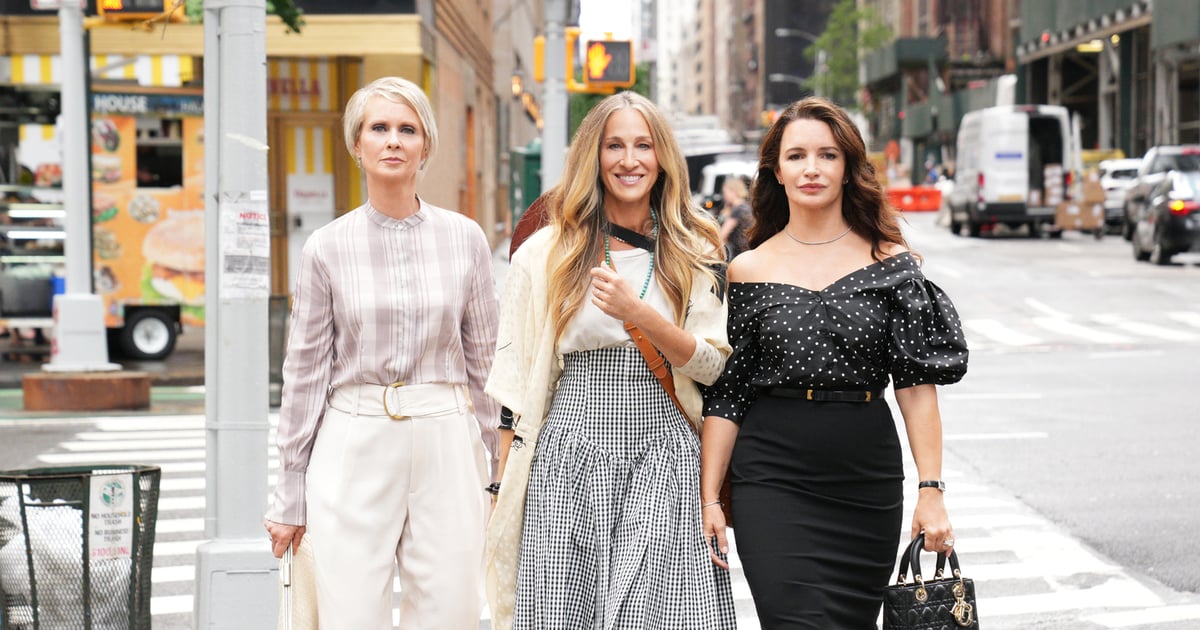 With just a peek from the first day on set of the Sex and the City reboot (aka And Just Like That…), Sarah Jessica Parker, Cynthia Nixon, and Kristin Davis have reignited our love of their characters’ iconic screen style. When news broke that the legendary Patricia Field, who dressed the women for the original series, wouldn’t be returning for the reboot (she’s tied up filming Emily in Paris), we held our breath, wondering how the new looks would stack up. Then, on Friday morning we got our answer when SJP shared a quick on-set snap on her Instagram, giving us a glimpse of the girls in all their stiletto-stomping glory. Now, we’re convinced the second iteration of HBO’s beloved series will inspire the same kind of outfit envy with a thoughtful evolution of each character’s signature style.

Miranda’s look is a blend of feminine and masculine, with a soft button-down and chic trousers. Charlotte’s vibe is an update on her coquettish, retro-leaning style from the series in a fitted pencil skirt and an off-the-shoulder blouse, with a Lady Dior bag in tow. And Carrie, well, Carrie is still Carrie — eclectic and confident, like the fashion plate she’s always been. And, just as we did after nearly every episode of SATC aired, we’re off to shop her look, because we need our own high-waisted gingham skirt and strappy platform heels, just like that.