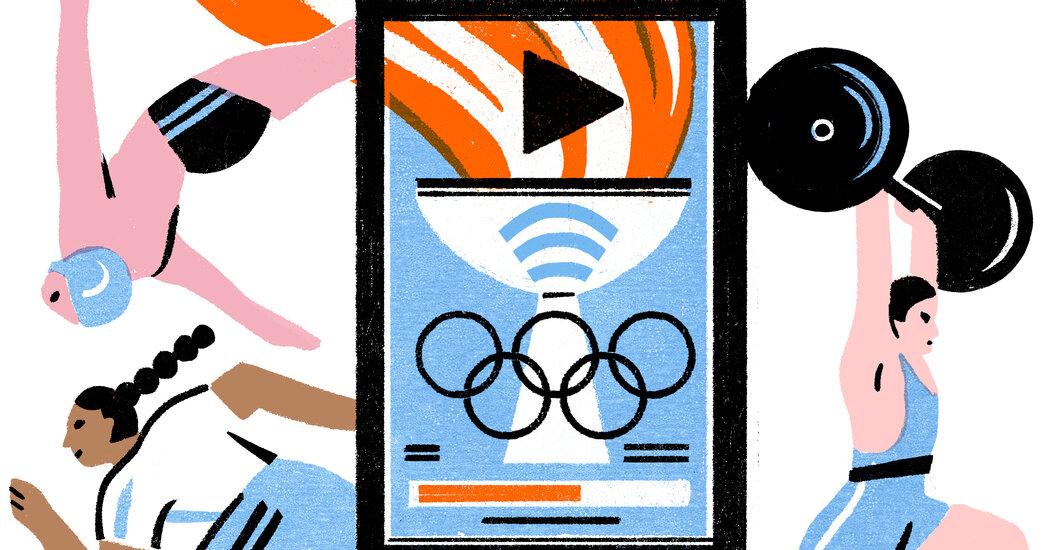 It’s been a rocky road to the 2021 Tokyo Games, which, after being delayed a year by the pandemic, will now take place (beginning Friday) without any spectators. Uncertainty and controversy, and a rising number of Covid-19 cases in the city, have increasingly overshadowed the run-up to the Summer Olympics, and early events like the ceremonial torch relay have felt subdued.

But despite the circumstances, the Games will (almost certainly) go on, and that’s to be celebrated. Whether you’re a dedicated Olympics fan or a casual viewer, these six podcasts will get you in the mood for the games.

This compelling new investigative podcast series tells the little-known true story of one of the biggest mistakes in Olympic history. Women’s gymnastics got off to a rough start at the 2000 games in Sydney, Australia, marred by controversies over substance use and falsified ages — and then, during a competition vault event, things really got weird. One by one, with the whole word watching, elite gymnasts kept falling off the vault, in ways that were embarrassing at best and dangerous at worst. By the time somebody figured out what was going on (no spoilers here), the damage was done. In this five-episode series, through interviews with athletes who were there, Ari Saperstein delves into the bizarre back story of what happened.

The first podcast from Team U.S.A. debuted less than a year ago, in November of 2020, and it’s sure to whet your appetite for the long-awaited Games. Hosted by Sasha Cohen, the 2006 Olympic silver medalist in figure skating, the show features weekly conversations with guests who are mainly fellow Olympians, including several Tokyo-bound athletes like the gymnast Yul Moldauer, the Paralympic basketball player Matt Scott and the softball player Haylie McCleney. Because the show began during the pandemic, many of the interviews touch on subjects like mental health and staying motivated in a time of uncertainty, which are just as relevant to non-athletes. The show just wrapped up its first season at the start of July, but plans to return in the future.

Many of the most popular Olympics-related podcasts are hosted by elite athletes who can speak directly to the competitive experience. “Off The Podium” is emphatically not that. Instead, it’s proudly hosted by three men — Ben Waterworth, Colin Hilding and Jarrod Loobeek — who “dream of Olympic glory and have as much athletic prowess as a piece of cheese.” While they may lack Olympic-level skill, they do possess palpable passion and knowledge about a range of sports. The show has been running since before the Rio Games in 2016 and has returned intermittently to discuss events including the 2018 Winter Olympics. Based on its coverage from past years, you can expect daily episodes recapping the latest news and highlights throughout the 2021 Games.

Starter episode: “The Best of ‘Off the Podium’ Part 2”

When a city wins its bid to host the Olympics, the implications go way beyond the single summer (or winter) when the ceremonies took place. Using the city of Sydney as its test case, this six-episode show explores what happens once the last medal has been awarded and the crowds have dispersed. Twenty years after the Sydney Olympics, the journalist Mark Beretta interviews the organizers and officials who were responsible for fulfilling the pledge to make it “the greenest Games ever,” and how that decision inspired urban transformation and environmental progress throughout Australia.

Starter episode: “How the Green Games Influenced a National and International Environmental Movement”

Although it’s hosted by Laura Wilkinson, a gold medalist diver, this show isn’t strictly about the Olympics. Wilkinson’s interviews with fellow athletes are focused more on the training techniques and psychological tools that have equipped them for success throughout their careers. Interviewees from a wide range of disciplines share candid thoughts about the mental health pitfalls of elite sports, overcoming fear in pursuit of goals and how to stay the course in the face of uncertainty. Even if you’re just starting a running routine or trying to get yourself back to the gym, there are plenty of insights to learn from the mind-set of Olympic athletes.

For a non-American perspective on the Olympics and Paralympics, give this relaxed, affable British show a shot. Throughout the year, “Anything but Footy” offers an overview of just about every Olympic sport played in England (except, as the title suggests, football), and makes a point of including sports that don’t always get the spotlight. The hosts, John Cushing and Michael Weadock, display their wide-ranging knowledge throughout the news and analysis segments. There are also a couple of long-running mini-series within the podcast: “Great British Bosses,” featuring interviews with sports leaders in Britain, and “Back on Track,” which explores how Tokyo-bound athletes got themselves re-motivated after the coronavirus delay.