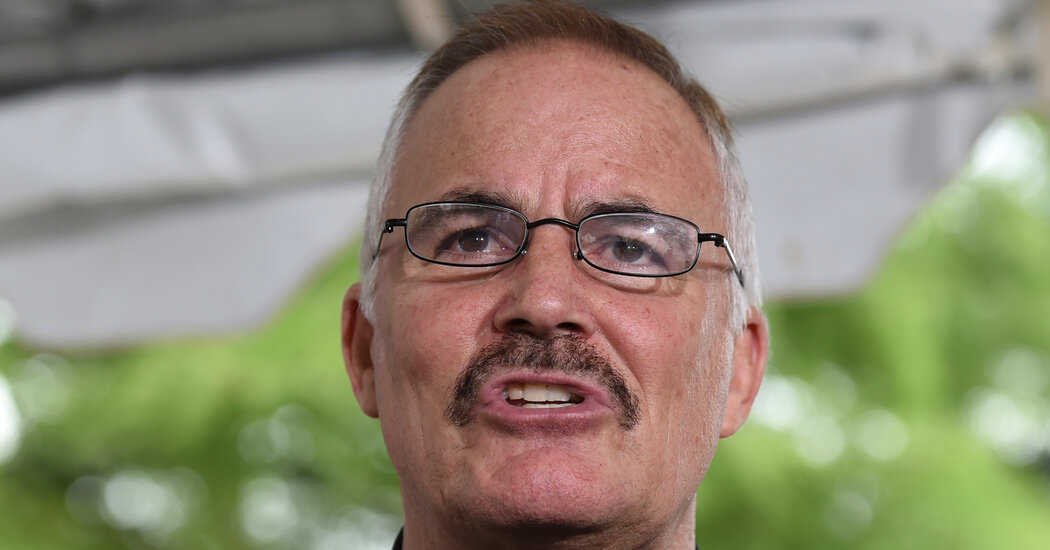 J. Thomas Manger, a veteran police chief of departments in the Washington, D.C., region, has been hired to lead the United States Capitol Police, the board that oversees the agency announced on Thursday.

After conducting a national search in the aftermath of the Jan. 6 Capitol attack, the board members said in a statement that they were “confident in Chief Manger’s experience and approach in protecting the Congress — its members, employees, visitors and facilities.”

He will begin work on Friday. Chief Manger takes over a police force that is still reeling half a year after the riot. The 2,000-member police force that protects Congress finds itself at perhaps its biggest crossroads in its nearly two-century existence. Its work force is traumatized and overworked as its ranks have been hollowed out by a flood of departures. The agency is facing possible furloughs, teetering on the brink of running out of funding as overtime costs outpace its budget for salaries. It has been besieged by criticism from members of both parties for the stunning security failures that allowed the assault to occur.

After the attack, Steven A. Sund resigned from his post as the Capitol Police chief, along with the top House and Senate security officials, a move that left raw feelings on the force among those who remained deeply loyal to Mr. Sund.

The union representing officers voted that it had no confidence in the acting Capitol Police chief, Yogananda D. Pittman, and six other senior officials in the department.

“The challenges in protecting the Capitol campus, and everyone who works or visits there, have never been more complex,” Chief Manger said in a statement.

“The courage and dedication of the men and women of this agency were on great display on Jan. 6th. It is now my job to ensure that they have the resources and support to continue to fulfill their mission in an ever increasingly difficult job.”

Chief Manger has spent more than four decades in policing, including serving as chief of police in Montgomery County, Md., from 2004 to 2019. He also served as police chief in Fairfax County, Va., from 1998 to 2004.