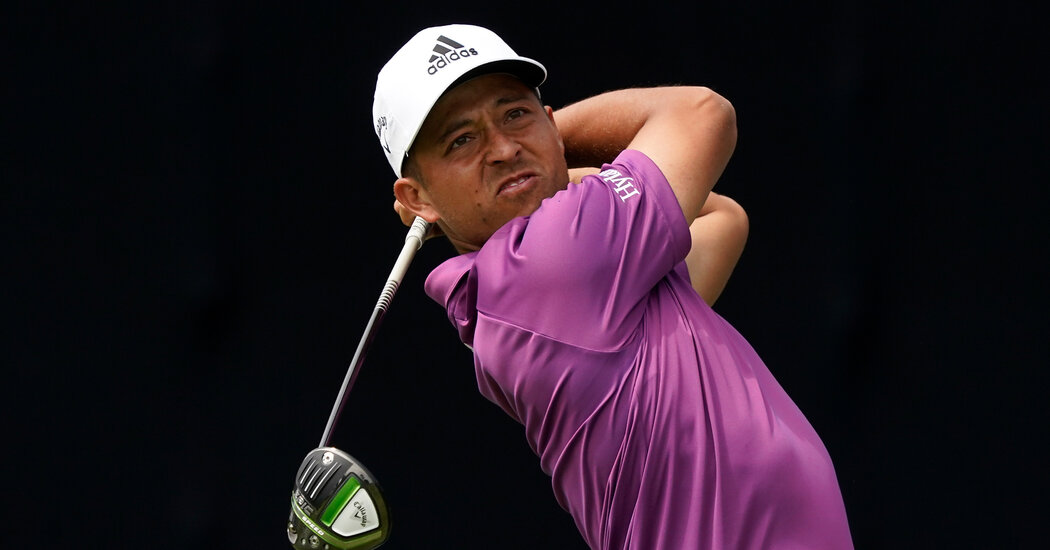 This week’s Scottish Open features an excellent field of players, and it is easy to understand why.

The tournament serves as a tuneup for next week’s British Open, giving players an opportunity to get acclimated with the challenges of links golf, played on courses on sandy soil near a coastline. Among those who will be in Scotland: the world No. 1 Jon Rahm, the winner of last month’s United States Open; No. 3 Justin Thomas; and No. 4 Collin Morikawa.

A number of top players from England will also compete, including Tyrrell Hatton (10), Matthew Fitzpatrick (23), Lee Westwood (28) and Tommy Fleetwood (33).

Here are five other golfers to keep an eye on.

Schauffele, an American ranked No. 5, was in the hunt at the U.S. Open in June, finishing in a tie for seventh.

He is having another strong season on the PGA Tour. In 17 starts, he has compiled seven Top 10s.

In April, Schauffele made a late run in the final round at the Masters, closing to within two shots of the leader and eventual champion, Hideki Matsuyama. Schauffele, however, then made a triple bogey on No. 16 after knocking his tee shot into the water. He wound up in a tie for third.

At 27, Schauffele belongs on the list of young talents likely to be a factor for years. The tour’s rookie of the year in 2017, he has won four tournaments, including the 2018 WGC-HSBC Champions.

Schauffele will be making his first start in the Scottish Open. His last appearance in Scotland was in the 2018 British Open. He tied for second, two strokes behind the winner, Francesco Molinari.

At 25, Scheffler, of the United States, belongs on the same list as Schauffele.

Since Scheffler turned professional in 2018, he has competed in six majors, posting three Top 10s. His best finish was a tie for fourth in the 2020 P.G.A. Championship.

Scheffler, like Schauffele, certainly had his chances at the U.S. Open. Going into the final round, he was only three shots back, but ended up finishing in a tie for seventh.

Ranked No. 19, he has plenty of distance — he averages more than 304 yards — and makes his share of birdies, tied for sixth on the PGA Tour with 4.37 per round.

Early this year, he missed the cut in back-to-back weeks at the American Express and the Farmers Insurance Open.

Since then, in 15 appearances, he has registered seven Top 10s, including a second at the WGC-Dell Technologies Match Play, and a third at the Memorial Tournament.

Scheffler will also be playing the Scottish Open for the first time.

It is not likely that Bland, 48, will walk away with the winner’s trophy on Sunday. Although after what has happened in recent months, the English player is definitely worth watching.

In May, Bland became the oldest first-time winner on the European Tour, outdueling Guido Migliozzi in a playoff to capture the Betfred British Masters. For Bland, who turned pro in 1996, the victory came in his 478th tour appearance. He made only one bogey the whole tournament.

Then, in the U.S. Open, he recorded rounds of 70 and 67 to seize a share of the lead at the halfway mark. Phil Mickelson’s winning the P.G.A. at age 50 this year was quite a story, but what Bland was pulling off was even more stunning.

Bland, ranked No. 105, could not keep it going over the weekend. He shot 77 and 78 to finish in a tie for 50th. Earlier this month, he tied for fourth in the Dubai Duty Free Irish Open.

There is not much to indicate that Poulter, of England, is on the verge of doing something special.

In his last three starts on the PGA Tour, he has failed to finish better than a tie for 25th at the Palmetto Championship at Congaree.

However, in May, he tied for third at the Charles Schwab Challenge, and this is a Ryder Cup year, which means there should be extra motivation for him to get his game in top form over the next several months to make the European team again.

As it stands, Poulter, 45, has not earned enough points to qualify for Team Europe in the Ryder Cup, which will get underway in late September.

Yet, given his record in the event — in his six appearances, Poulter has gone 14-6-2 — he stands an excellent chance of being one of the picks that the team’s captain, Padraig Harrington, will make to complete his roster.

It is easy to forget that Kaymer, 36, of Germany, is a two-time major winner (2010 P.G.A. Championship and 2014 U.S. Open) and a former No. 1 player in the world. He has not won a tournament since the U.S. Open, when he prevailed by eight strokes.

Lately, though, he has demonstrated some signs that the drought might soon come to an end.

In April, at the Austrian Golf Open, he finished third, and in last month’s BMW International Open he closed with a 64, which included 10 birdies, to come in second, two strokes behind the winner.

Kaymer’s performance at the U.S. Open also showed some promise. After opening with a six-over 77, he posted rounds of 68 and 69 to tie for 26th. It was his best showing at a major since the 2017 Masters.