When it comes to cheap thrills, few things leave a beauty lover more elated than having the best drugstore mascara in tow; a tried-and-true tube that curls, volumizes, defines, and comes with a price tag that encourages you to layer it on liberally. From richer color payoff to smoother, creamier textures that don’t flake or smudge, the offerings at the pharmacy are only getting better, furthering the stakes when it comes to what you ultimately toss in your basket. To take the guesswork out of your next trip to the store, we asked a panel of pro makeup artists about their top picks for effortlessly full, fluttery lashes. Here, the best drugstore mascara formulas to stock up on. 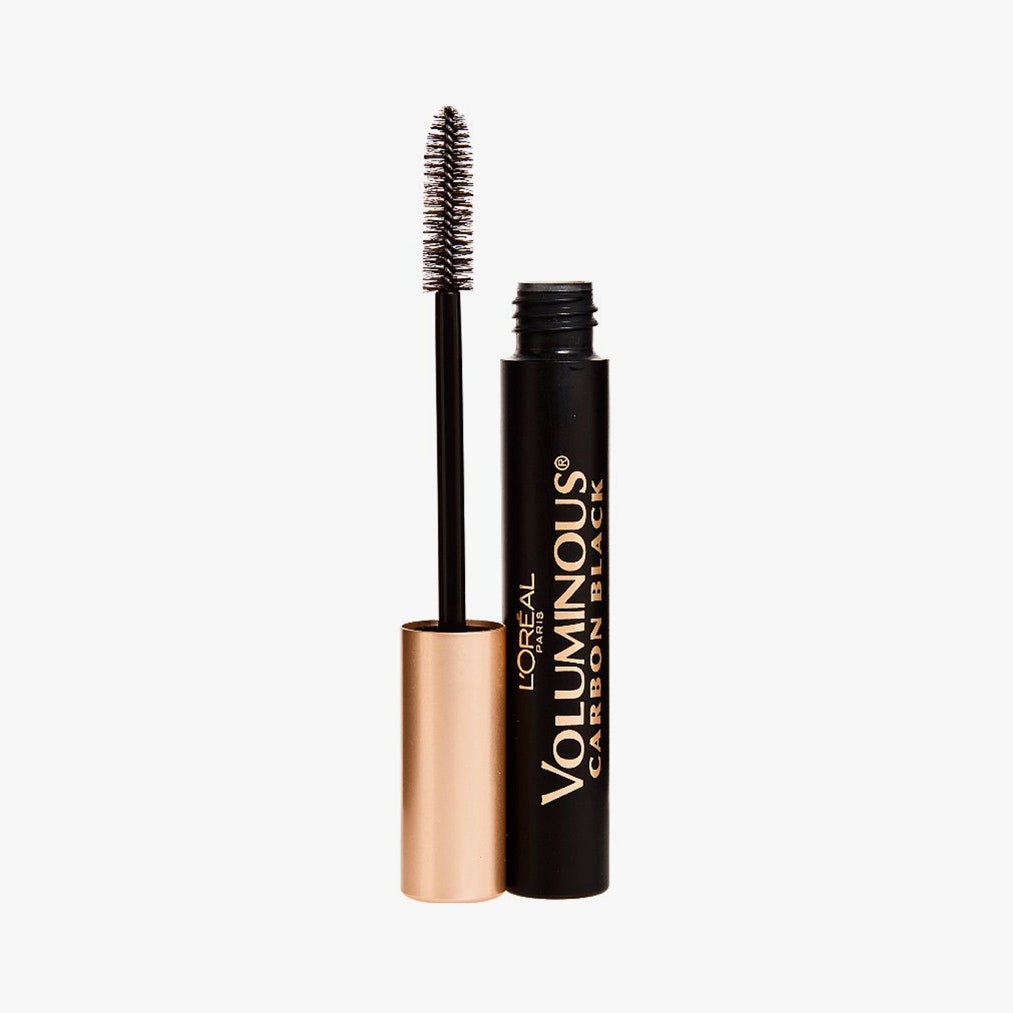 An all-time favorite pick for four of the makeup artists we spoke with, L’Oréal’s Voluminous Mascara comes out on top. “I’ve been using this mascara forever and it’s a staple in my kit,” explains celebrity makeup artist Gita Bass. “It’s super black and adds incredible volume and curl, and never clumps or flakes.” On top of the aforementioned aspects, fellow artist Alana Wright can’t get enough of the brush, which she considers the perfect size, shape, and density “to still able to reach those tiny lashes in the inner and out corners of the eyes,” she says. Another bonus is the gentle, non-abrasive formula. “It doesn’t irritate even the most sensitive eyes,” says Los Angeles-based makeup artist Autumn Moultrie. While Carbon Black is the most popular shade, both Moultrie and editorial pro Akiko Owada also like reaching for Black Brown, which can have a softer effect. “It provides clump-free lashes, it doesn’t run, and it’s easy to control,” adds Owada of the formula’s all-embracing appeal. 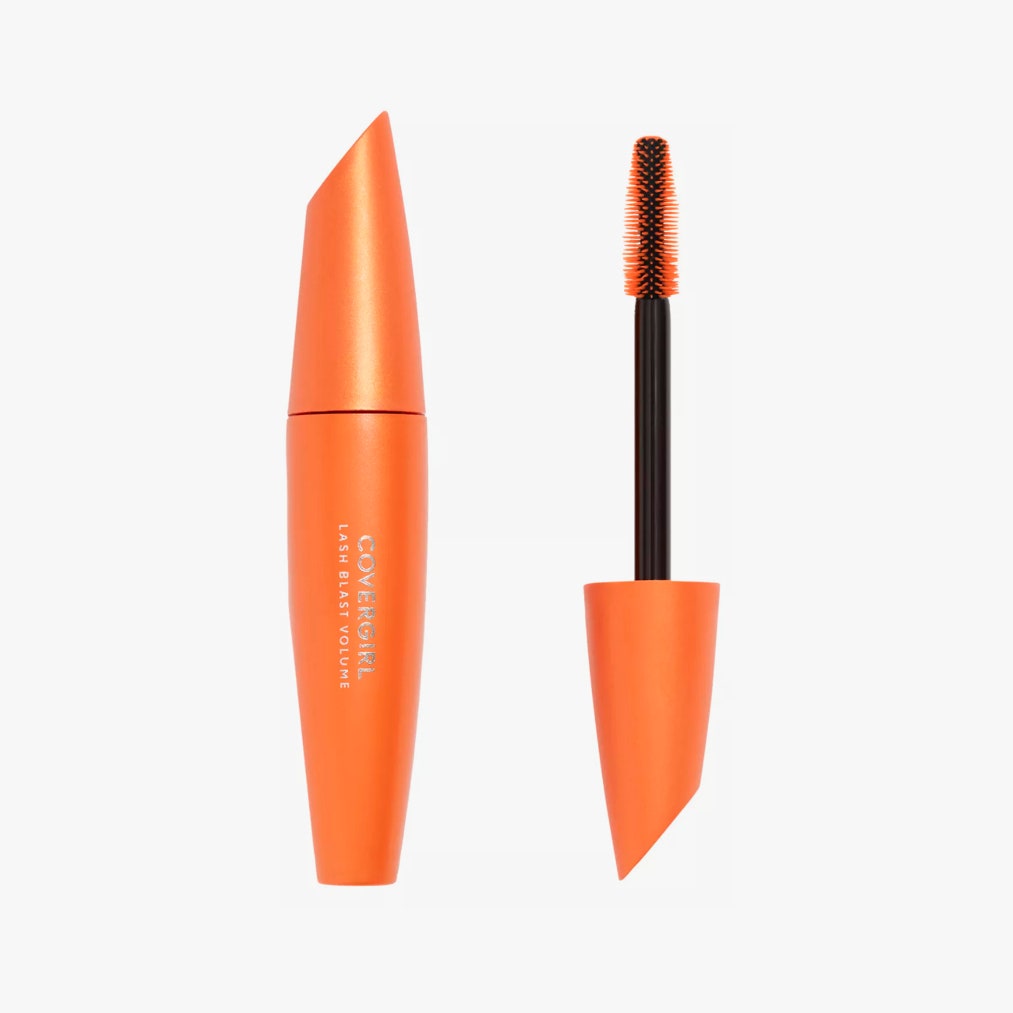 For bolder, more intense lashes, Covergirl’s Lashblast is another tried-and-true go to. “I love its creamy texture, which gives you volume and length instantly in one coat, and it’s easy to layer it for more drama,” explains French makeup artist Cedric Jolivet. “I find the silicone brush [makes it easy] to grab the lashes from the root, and it totally works on short lashes!” Makeup artist William Scott, whose clientele includes Padma Lakshmi and Mette Towley, agrees. “It’s perfect for those who want maximum volume on the first swipe, and with a lash comb, it can be spread over the lashes to make them more fluttery.” There’s just as much to love about its waterproof formula: “It will dry a bit faster, which help the eyelashes to stay curled,” says Jolivet of why it’s worth the extra time spent removing it at the end of the day. “I always curl the lashes first, but I noticed a lot of mascaras don’t hold a curl and make your lashes looks heavy… not this one!” 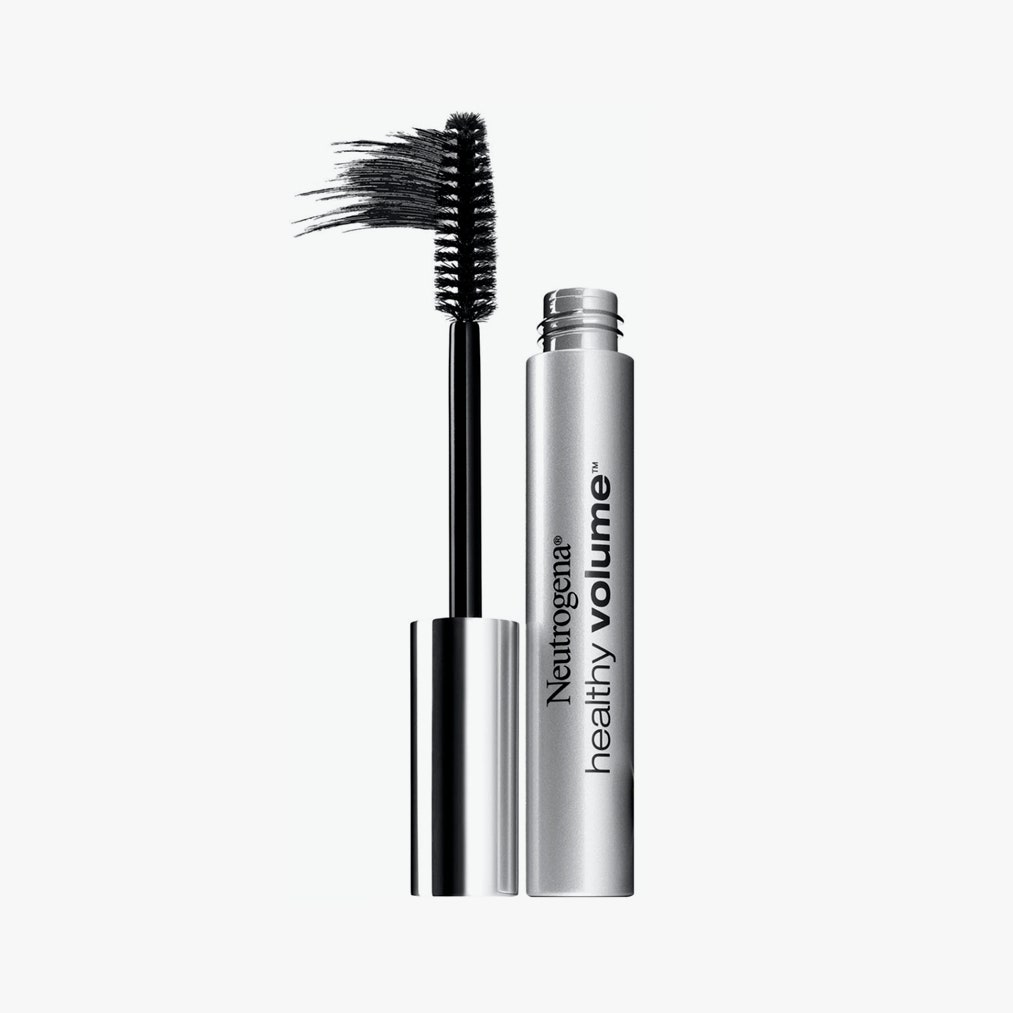 For Matin, who counts Angelina Jolie as a longtime client, it’s all about Neutrogena’s Healthy Volume Mascara with its nourishing ingredients and jet-black pigment. “It’s a true volume mascara that doesn’t dry out the lashes,” he says of the formula, which is supercharged with vitamin E-rich olive oil and protective sweet almond. “It stays flexible and won’t crumble throughout the day.” Another major draw? “It has a giant brush!” adds Matin. All the better to coat every little lash lash. 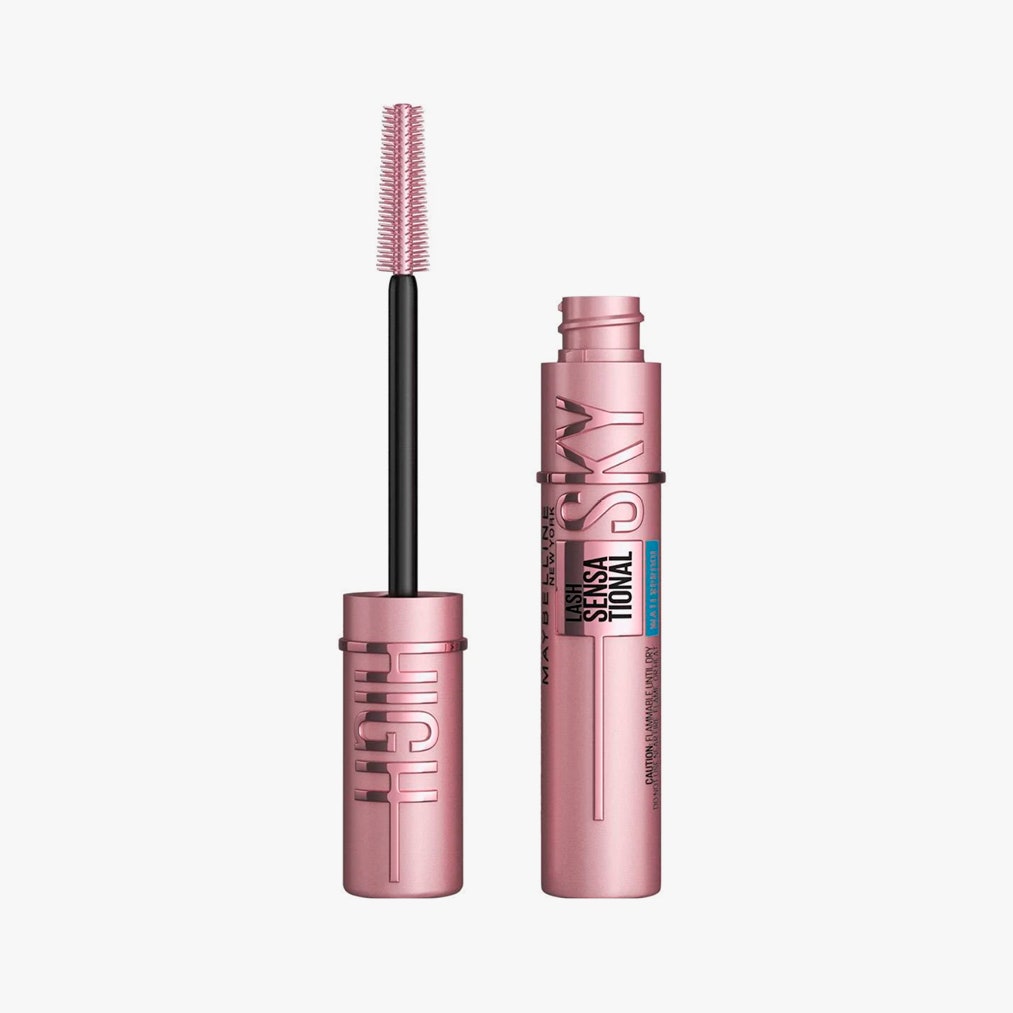 “It’s by far one of the best mascaras on the market—and relatively newer, too,” says Colby Smith, who works with Dua Lipa and Charli XCX, of Maybelline’s Lash Sensational Sky High mascara. I love that it’s super black,” he continues. “A few coats and you really get that full long lash. It has the look of a high end mascara without breaking the bank.” 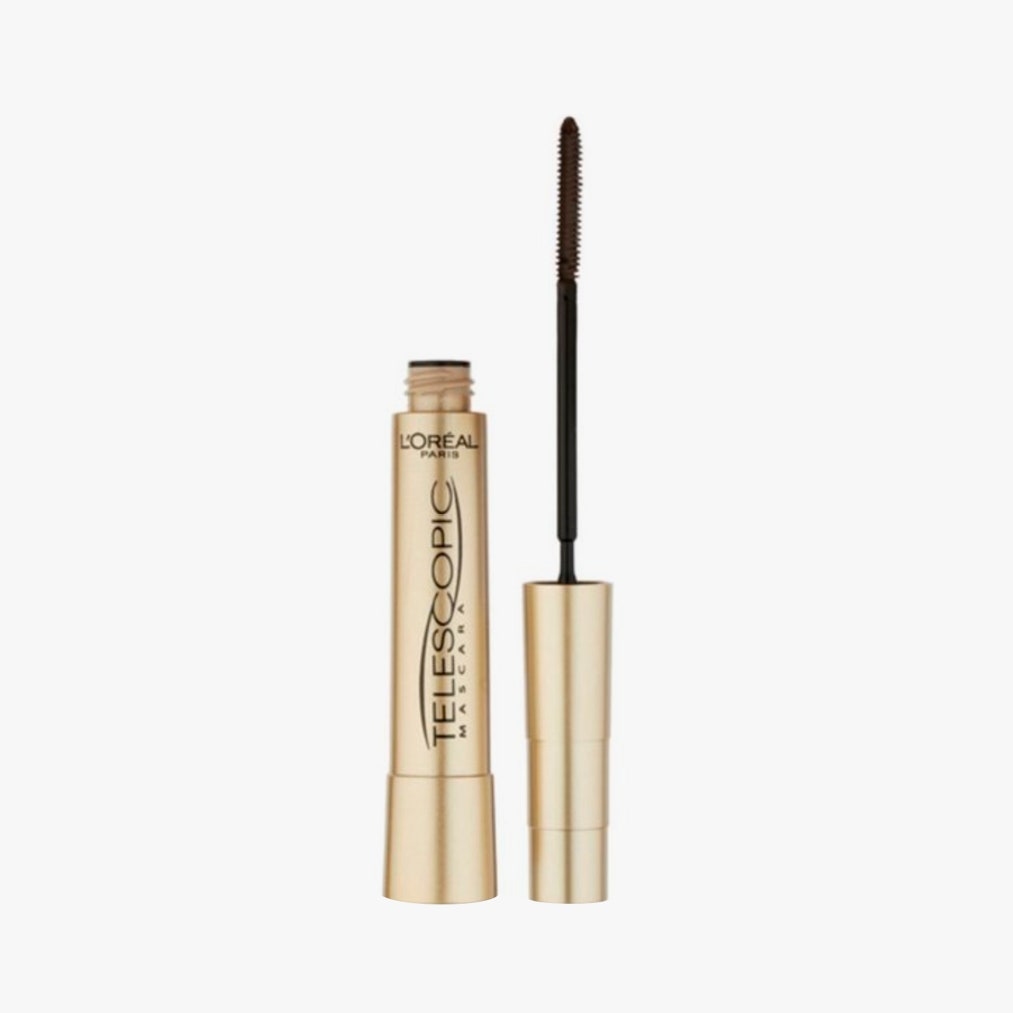 For soft, supple lashes, you can’t beat L’Oréal’s Telescopic Mascara, insists Scott. “I love its applicator and slick formula, which make it easy to apply to bottom lashes and give long and defined lashes all around,” they explain, emphasizing the lengthening powers of its patented plastic-bristle comb brush. “It’s very versatile in that one swipe delivers length and the wand makes it easy to keep the lashes separated, and the formula builds nicely to add some volume.”