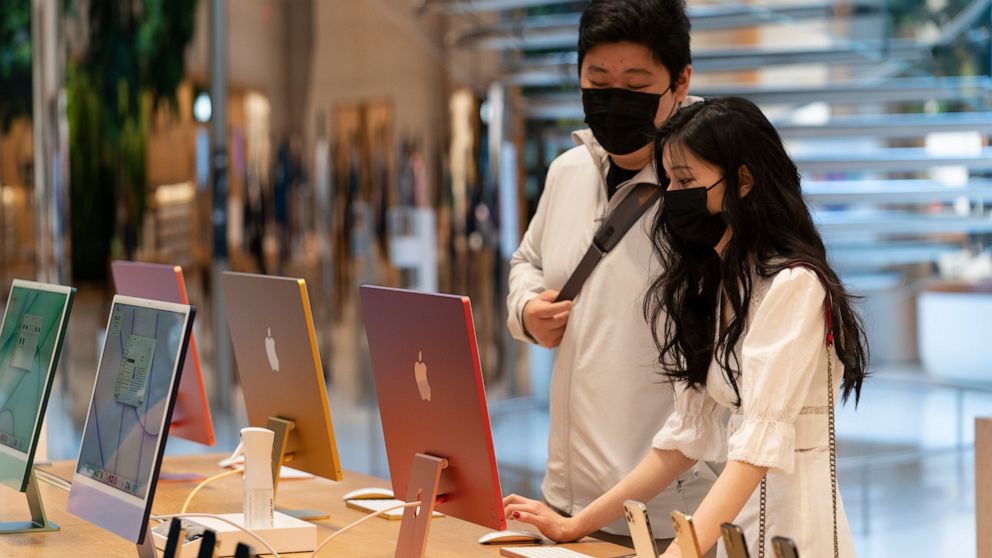 Three tech companies — Apple, Microsoft and Google owner Alphabet — reported combined profits of more than $50 billion in the April-June quarter, underscoring their unparalleled influence and success at reshaping the way we live.

Although these companies make their money in different ways, the results served as another reminder of the clout they wield and why government regulators are growing increasingly concerned about whether they have become too powerful.

The massive profits pouring into each company also illustrated why they have a combined market value of $6.4 trillion — more than double their collective value when the COVID-19 pandemic started 16 months ago.

But a Tuesday conference call with analysts, Apple CEO Tim Cook lamented that the steadily spreading delta variant of the coronavirus is casting doubt on how the rest of the year will unfold. “The road to recovery will be a winding one,” Cook said. That uncertainty has already led Apple to delay employees’ mass return to its offices from September to October. Most of Apple’s stores, though, are already open.

The iPhone 12, released last autumn, is shaping up to be Apple’s most popular model in several years, largely because it’s the first to work on the 5G networks that are still being built around the world. Apple’s iPhone sales totaled nearly $40 billion in the latest quarter, up 50% from a year ago.

Apple’s services division, the focal point of a high-profile trial revolving around the commissions it collects from iPhone apps, saw revenue climb 33% from last year to $17.5 billion. A potentially game-changing decision from the trial completed in May is expected later this summer.

Among Apple’s upcoming challenges is whether shortages of computer chips and other key parts will force the company to delay its next iPhone this year, as it did last year. While Apple expects revenue to rise 10% in the current quarter, it said it may have more trouble getting parts for iPhones and iPad during the upcoming months. Executives skirted questions about another possible iPhone delay.

Google’s earnings improved markedly over the year-ago period, when the pandemic was starting to bite consumer spending and its partner, advertising. Now that vaccines have allowed people to shed the shackles of the pandemic and splurge again, a big chunk of that pent-up demand has spurred advertisers to spend more too, with a big chunk going to Google and its corporate parent Alphabet Inc.

Powered by Google, Alphabet earned $18.53 billion, or $27.26 per share, during the quarter, a nearly threefold increase from last year’s earnings of $6.96 billion, or $10.13 per share. Google’s advertising revenue soared 69% to $50.44 billion thanks to what CEO Sundar Pichai called a “rising tide” of online activity among consumers and businesses.

Retail, along with travel and entertainment ads, were the biggest contributors to the revenue increase, the company said. Total revenue surged 62% from last year to $61.88 billion. Revenue after subtracting TAC, or traffic acquisition costs, was $50.95 billion.

The April-June quarter looks particularly strong since the 2020 downturn forced Google to report its first decline in quarterly ad revenue from the previous year.

Microsoft on Tuesday reported fiscal fourth-quarter profit of $16.5 billion, up 47% from the same period last year. Net income of $2.17 per share beat Wall Street expectations. The software maker also topped forecasts by posting revenue of $46.2 billion in the quarter that ended on June 30, a 21% increase over the same time last year.

Analysts were expecting Microsoft to earn $1.91 per share for the April-June quarter on revenue of $44.1 billion. Microsoft profits have soared throughout the pandemic thanks to ongoing demand for its software and cloud computing services for remote work and study. But the company’s shares fell 2.9% to $278.19 in after-hours trading.

Growth in sales of Microsoft’s cloud services, which compete with Amazon and other companies, and its Office productivity tools for handling work documents and email both outpaced overall revenue growth. The company’s historical pillar — personal computing — grew just 9% in the quarter.

Microsoft noted that supply issues were affecting its personal-computing division, including for its Surface and Windows products. The company recently unveiled the next generation of Windows, called Windows 11, its first major update in six years. It will be available later this year.