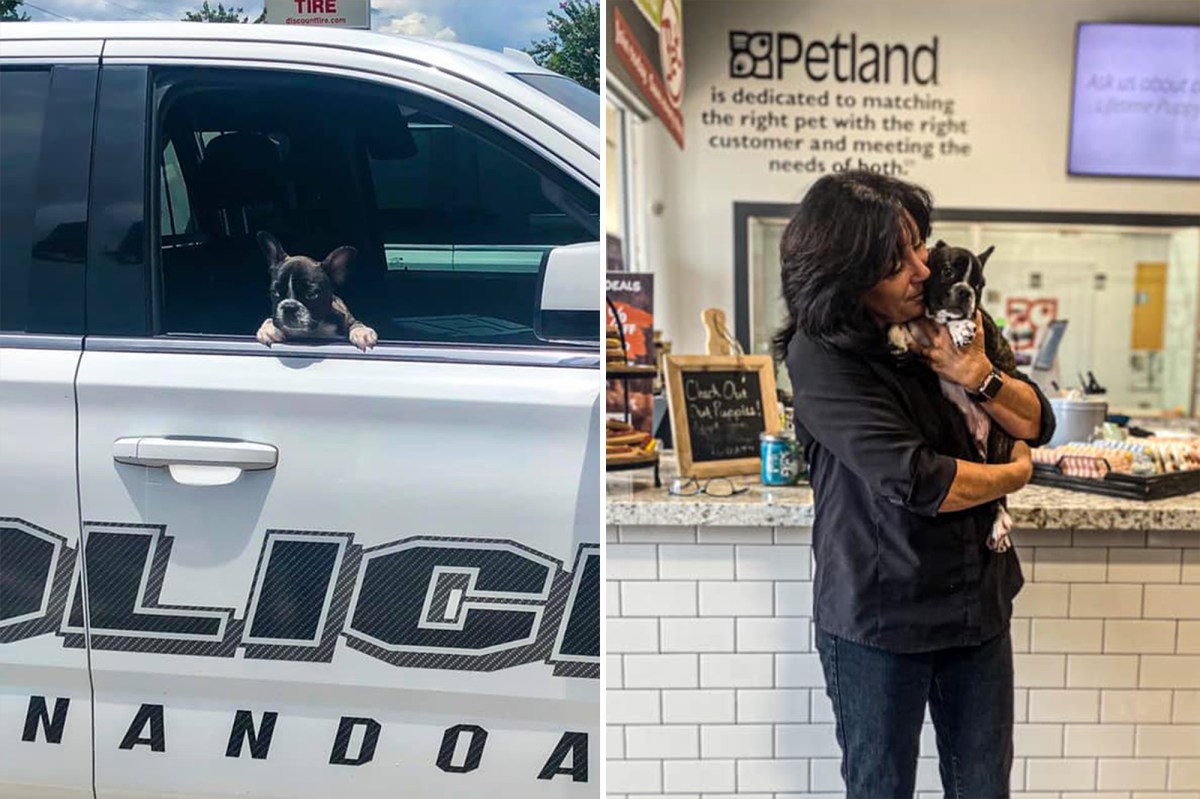 Two women have been nabbed for allegedly snatching a French bulldog puppy that is worth thousands of dollars from a pet store in Texas, authorities said.

When an employee brought out the puppy, the pair allegedly grabbed the dog, fled from the store and hopped into a silver PT Cruiser with no license plates, KTRK reported.

Police tracked down the alleged thieves nearby at the Woodlands Mall, where they were attempting to reattach a license plate on the same vehicle they used to flee the store, the outlet reported.

Both women were taken into custody, police said. It’s unclear what charges they face.

The pooch, who is worth an estimated $10,000, was returned unharmed to the pet store.

“We are relieved that Mario was safely returned to his Petland family and that he is unharmed,” Petland Woodlands manager Andrew Jones said, KTRK reported.

“Our thanks to the dedicated men and women of the Shenandoah Police Department for responding immediately and helping us bring Mario home.”

Jones said it’s not the first time someone has tried to take off with one of the dogs.

“This happens more often than we would like to say,” he told KTRK. “French bulldogs are very highly sought after and, as a result, it is what people are attempting to steal.”

The stolen pups were returned unharmed and police have since arrested the suspected dognappers.