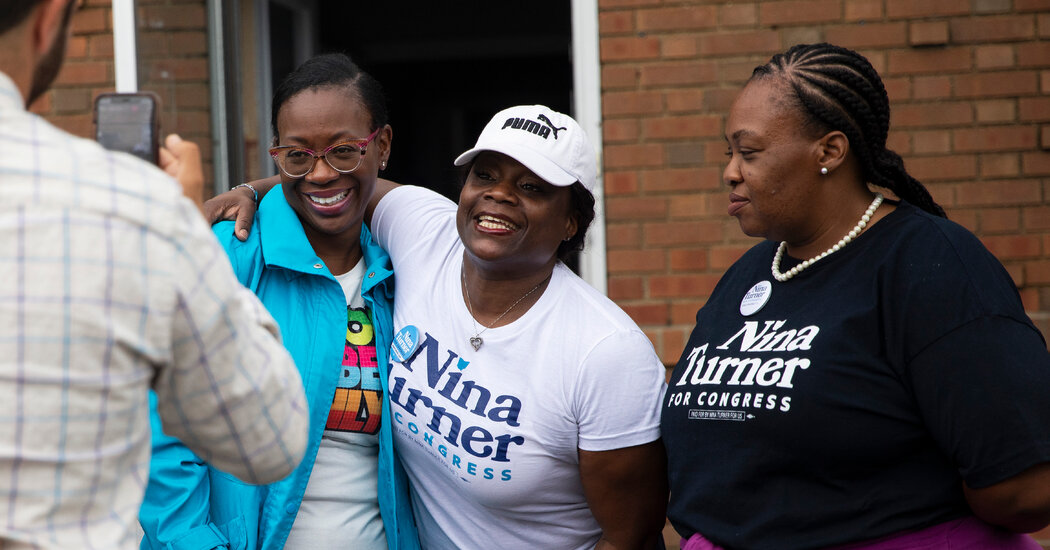 Winning Virginia Was the Easy Part. Can Glenn Youngkin…

Mr. Trump and his allied political groups are hoping to avoid another loss after the defeat last week of a Trump-backed House candidate in Texas. In that race, a state representative, Jake Ellzey, beat Susan Wright, the widow of Representative Ron Wright, who held the seat until he died in February after battling lung cancer and being hospitalized for Covid-19.

Last week, the pro-Trump group Make America Great Again Action made a last-minute purchase of nearly $350,000 in text messages, digital ads and television commercials in support of Mr. Carey. And Mr. Carey has pointed to the Trump seal of approval as his main selling point. When he filled out a candidate questionnaire for USA Today’s Ohio bureau, for instance, the first thing he wrote as his answer to a question about why voters should pick him was “First, I am honored to have President Trump’s endorsement.”

Despite Mr. Trump’s dominance in the Republican Party, its voters are by no means a monolith. And some of Mr. Carey’s rivals have more established reputations in the district, the 15th Congressional, as well as the backing of prominent allies of the former president.

These rivals include Bob Peterson, a state senator who also operates a 2,700-acre grain farm and has the backing of Ohio’s leading anti-abortion group, Ohio Right to Life. There is also Ruth Edmonds, who has a following among Christian conservatives and the endorsements of Ken Blackwell, Mr. Trump’s former ambassador to the United Nations, and Debbie Meadows, an activist and the wife of Mark Meadows, Mr. Trump’s last White House chief of staff.

Both primaries on Tuesday will test the limits of outside influence and money, which have flooded the state all summer.

The presence of national groups and political boldface names is inescapable in the Democratic race in Cleveland and Akron, where Mr. Sanders paid a visit over the weekend, and television ads impugning the character of both women in the race are running on a continuous loop. They are competing to replace Marcia Fudge, who held the seat in the 11th Congressional District until she was confirmed as President Biden’s secretary of housing and urban development.

Winning Virginia Was the Easy Part. Can Glenn Youngkin Govern?

On Voting Rights Bill, Democrats Say They Had to Go Down Swinging