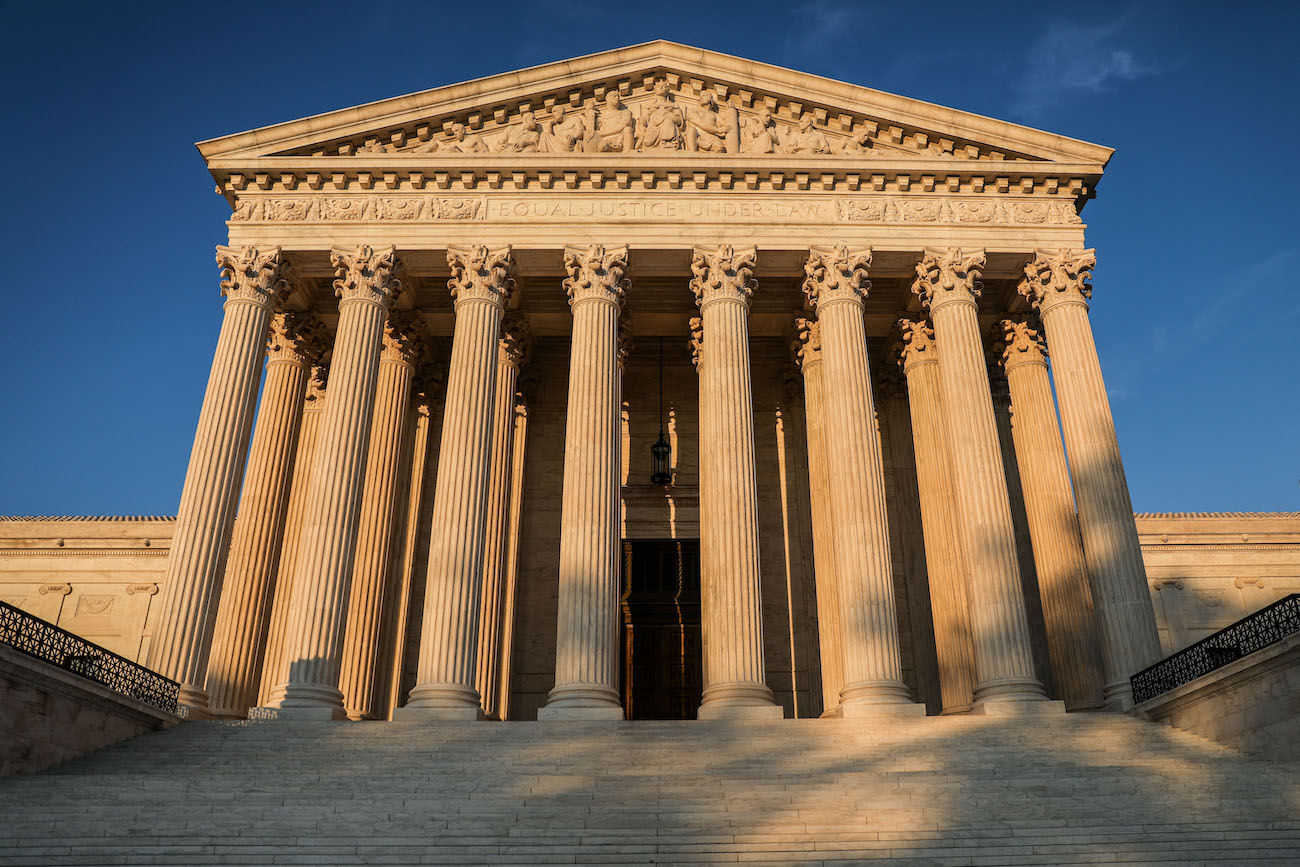 Twelve Republican governors urged the Supreme Court on Thursday to overturn the 1973 Roe v. Wade landmark ruling, in a major case related to an abortion law in Mississippi.

“The Court’s decisions in Roe and Casey are prime examples of invading an area that has not been committed to the Federal Government and remains reserved to the States,” the amicus brief (pdf) stated, referring to Roe as well as the 1992 Planned Parenthood v. Casey decision.

It later adds, “Rather than creating a federal constitutional right, the Court should leave regulating abortion to the States, where the people may act through the democratic process. This Court should hold as much—and in the process, help restore the constitutional (but currently disrupted) balance between the Federal Government and the States.”

Roe v. Wade prohibited states from banning abortions prior to when the fetus is deemed “viable”—that is, potentially able to live outside its mother’s womb—deemed at the time usually around the second trimester of pregnancy at 24 weeks. In 1992, the Supreme Court via Planned Parenthood v. Casey reaffirmed the Roe ruling and prohibited laws that place an “undue burden” on a woman’s ability to obtain an abortion.

The filing comes in support of an ongoing case over a law in Mississippi that bans abortion after 15 weeks of gestation. The law was signed in 2018, but was challenged less than an hour after its signing by the Jackson Women’s Health Organization, the only abortion provider in the state, and was blocked from taking effect by a federal judge the following day.

Two lower courts have ruled against the law. Mississippi asked the Supreme Court to take up the case, which it agreed to in May. The case, Dobbs v. Jackson Women’s Health Organization 19-1392, is expected to be argued when the court’s term starts in October.

Other filings have been sent to the Supreme Court urging the overturning of Roe v. Wade.

It came after three high-profile Republican senators filed a separate amicus brief to the court on Monday to similar effect.

On July 22, Mississippi’s attorney general, Lynn Fitch, asked the court in a filing to overturn Roe v. Wade so the state can uphold its law.

The filing came after an initial brief the state sent in June 2020, which argued that the Mississippi’s Gestational Age Act complied with existing legal precedent and suggested that Roe v. Wade should be overturned if the Supreme Court could come up with no other way to uphold Mississippi’s law.

Fitch wrote in the July 22 filing, “the conclusion that abortion is a constitutional right has no basis in text, structure, history, or tradition” and said that Roe v. Wade is “dangerously corrosive to our constitutional system.”

“Abortion is fundamentally different from any right this Court has ever endorsed,” Fitch wrote. “No other right involves, as abortion does, ‘the purposeful termination of a potential life.’”

An opposing brief from the Jackson Women’s Health Organization, Mississippi’s only abortion clinic, is due by Sept. 13. The clinic previously argued that 50 years of precedent and court rulings have established Roe v. Wade’s viability.

“Before viability, the State’s interests, whatever they may be, cannot override a pregnant person’s interests in their liberty and autonomy over their own body,” the clinic wrote in 2020.

Jack Phillips contributed to this report.